Police said the 12-year-old was the driver and the two teens were the passengers. 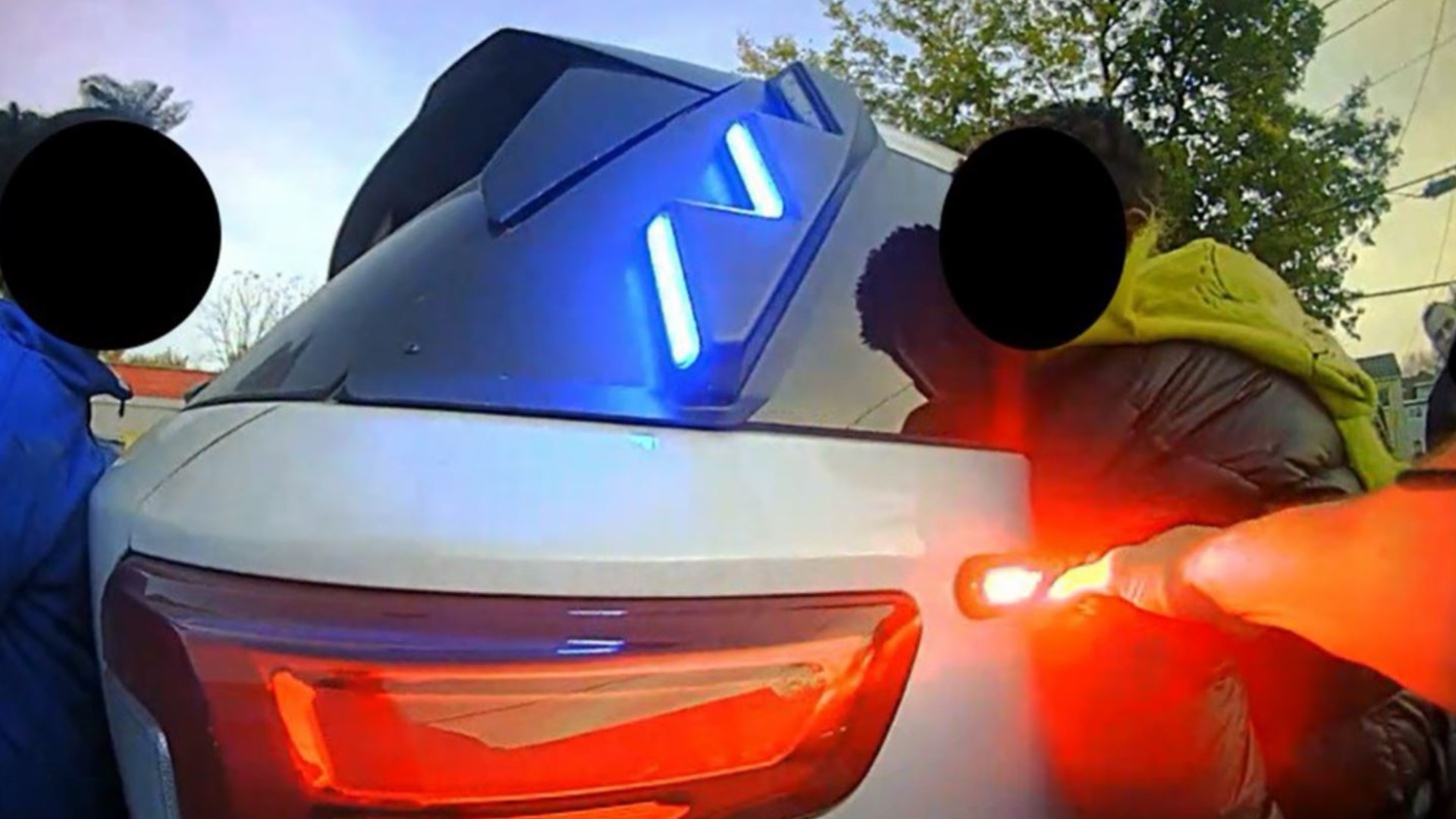 COLUMBUS, Ohio — Three juveniles, ages 12, 13 and 14, were arrested after allegedly stealing a car from a student near The Ohio State University Wednesday afternoon, according to the Columbus Division of Police.

Police said the 12-year-old was the driver and the two teens were the passengers.

The kids were charged with Receiving Stolen Property. The 13-year-old and 14-year-old were also charged with Motor Vehicle Theft.

The student told police he was visiting a friend on Lane Avenue near High Street and left his Audi Q8 running in a parking garage. The student also said he had his key fob and thought he had locked his car.

A witness told the officers they saw young boys steal the car.

Police brought in helicopter support and deployed spike strips on the ramp of Interstate 71 South at 17th Avenue. The car slowly came to a stop down the street and the juveniles were arrested.

According to Columbus police, the 14-year-old had to cut off his ankle monitor prior to the car theft. Police said this is his second arrest in six weeks.