A woman lost her home in a gas line explosion the same day she was preparing to ready it for the holiday season. Get the story. 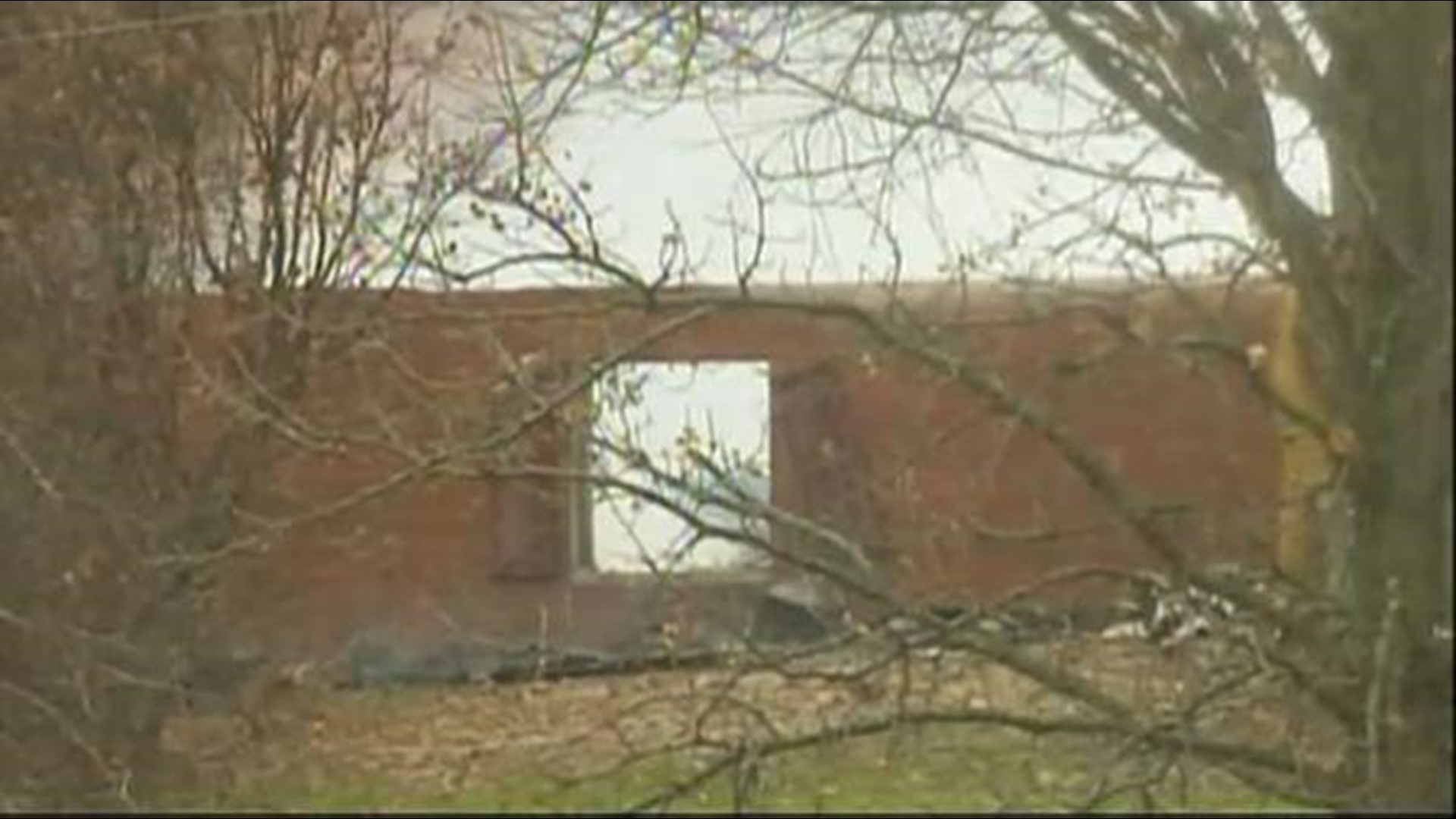 An explosion and fire put several homes in harm's way as flames quickly moved toward Morgan County homes on Wednesday.

Cathy and John Sayers built their homes on Taylor Road in 1976, they said they were never concerned about the pipeline that ran just behind their garage until Wednesday morning, 10TV's Tanisha Mallett reported.

Sayer's husband had just left the home to get some coffee when his wife said an explosion shook their home.

"I was probably in the house for seven minutes and I saw the siding melting beside my window and I knew I had to get out," Sayer's said.

Sayer's said she grabbed their dog Izzy and ran out of the house.

"I got John's brother's pictures, because he was killed in Vietnam, his twin brother," said Sayers. "I was backing down the driveway and got my legs burned a little bit."

Sayers said she thought it was the end of days.

"I thought God was coming," Sayers said. "I thought it was the end of time."

Shortly after the explosion, John Sayers was on his way home, Mallett reported.

"My wife had called me, frantically, but the roar of the flames were so loud I couldn't hear her," John Sayer said.

Though their home was destroyed, the Sayers are keeping it all in perspective.

"But, we're alive and that's all that matters," Cathy Sayers said.

The couple will alternate staying with their two sons until they can find a place to live, Mallett reported.