In 2004, Al and Kitty Arndt took two cicadas home from the Memorial Tournament. Al wanted to give them to his grandson 17 years later at Muirfield Village. 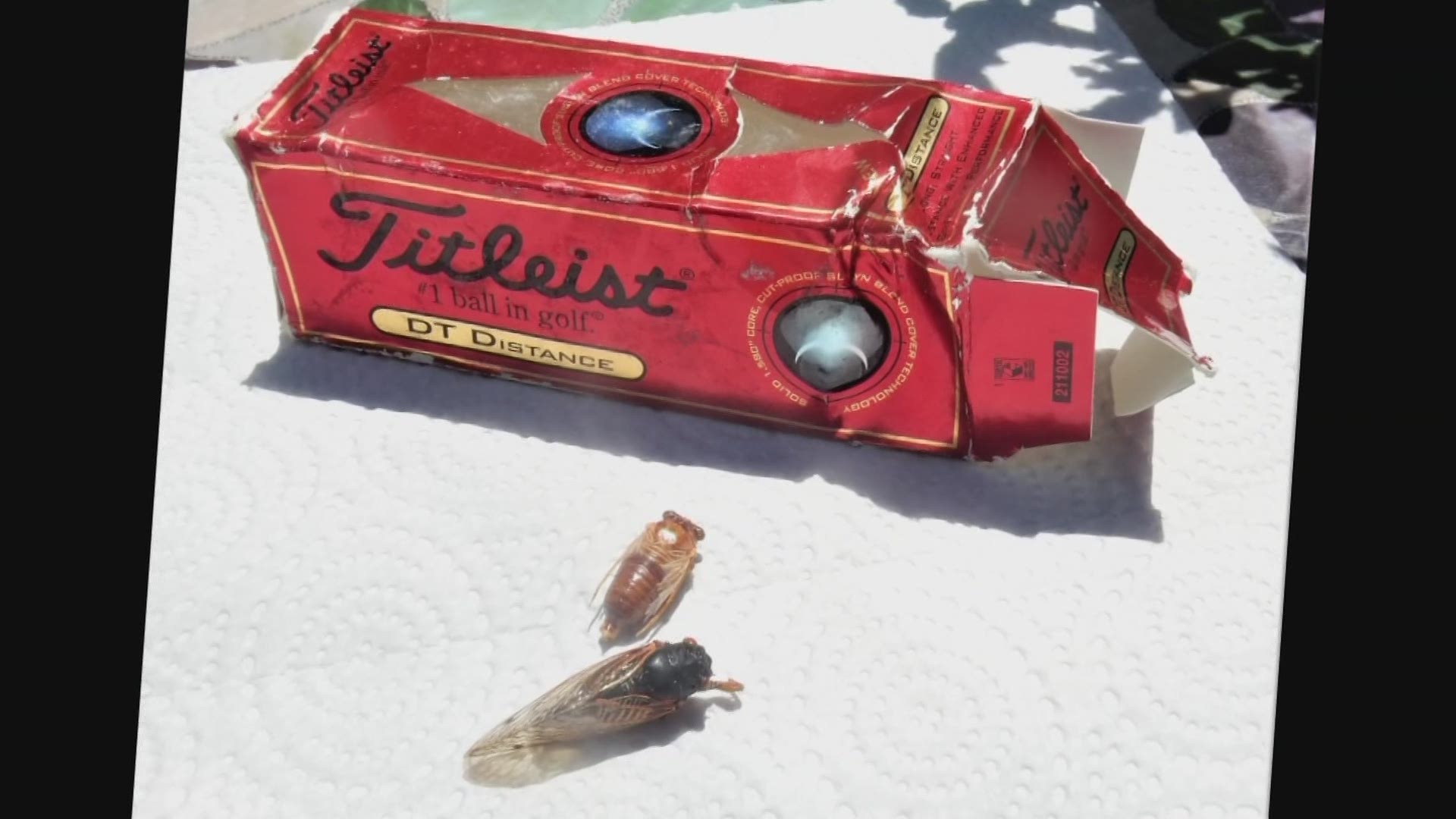 WORTHINGTON, Ohio — Imagine keeping something in your freezer for 17 years. Now, imagine that “something” is a pair of cicadas.

It sounds strange, but one Worthington grandmother had a very good reason for doing it.

In 2004, the cicadas at the Memorial Tournament were heard loud and clear. As Tiger Woods wowed the crowd of spectators, Al and Kitty Arndt were watching along with them.

The Worthington couple was enjoying themselves and taking in all the sights when Al got an idea. He picked up two of the insects and said he was taking them home.

“He put them in a Titleist box and said, you know, these are going to be for my grandson CJ,” Kitty says. “CJ was three at the time.”

Kitty thought that was strange… but sweet.

“He said '17 years from now I want to take him to Muirfield and give him these two cicadas.' In the meantime, they have been in my freezer. I can’t tell you how many times I wanted to get rid of those things,” Kitty said.

When his grandmother first told him about the cicadas that she’s been saving for him, CJ wasn’t exactly thrilled.

“I’m not going to lie, I definitely was like, what do you mean you saved bugs in a freezer for 17 years?” CJ said.

Sadly, his grandfather wasn’t the one who told him. Al didn’t get to fulfill the surprise he had for his grandson. The Vietnam veteran passed in October 2012 from cancer.

CJ was just 11 when he lost his beloved grandfather.

But Kitty made sure Al’s love of Memorial Day, the tournament, and his grandson lives on. She carried out the surprise she waited 17 years to reveal. Kitty believes her husband is looking down on her and CJ with a smile.

CJ and Al had a very special relationship. He and his sister are the only grandchildren. They miss their grandfather every day.

“Even when I was three, he thought about this just for me and it shows that it really meant a lot to him and I appreciate it,” CJ said.

CJ said he’ll keep those cicadas in his grandmother’s freezer until he gets his own place. Then, he plans to save them for another 17 years and hopefully, one day, pass them along to his own child or grandchild.

If you know of a person or organization doing something kind in our community, tell us about it. You can nominate them here and you just might see them featured on 10TV.