Woman praises man who helps his elderly neighbors in Newark

Judy Davis says she’s never had a neighbor as helpful as Justin Workman. 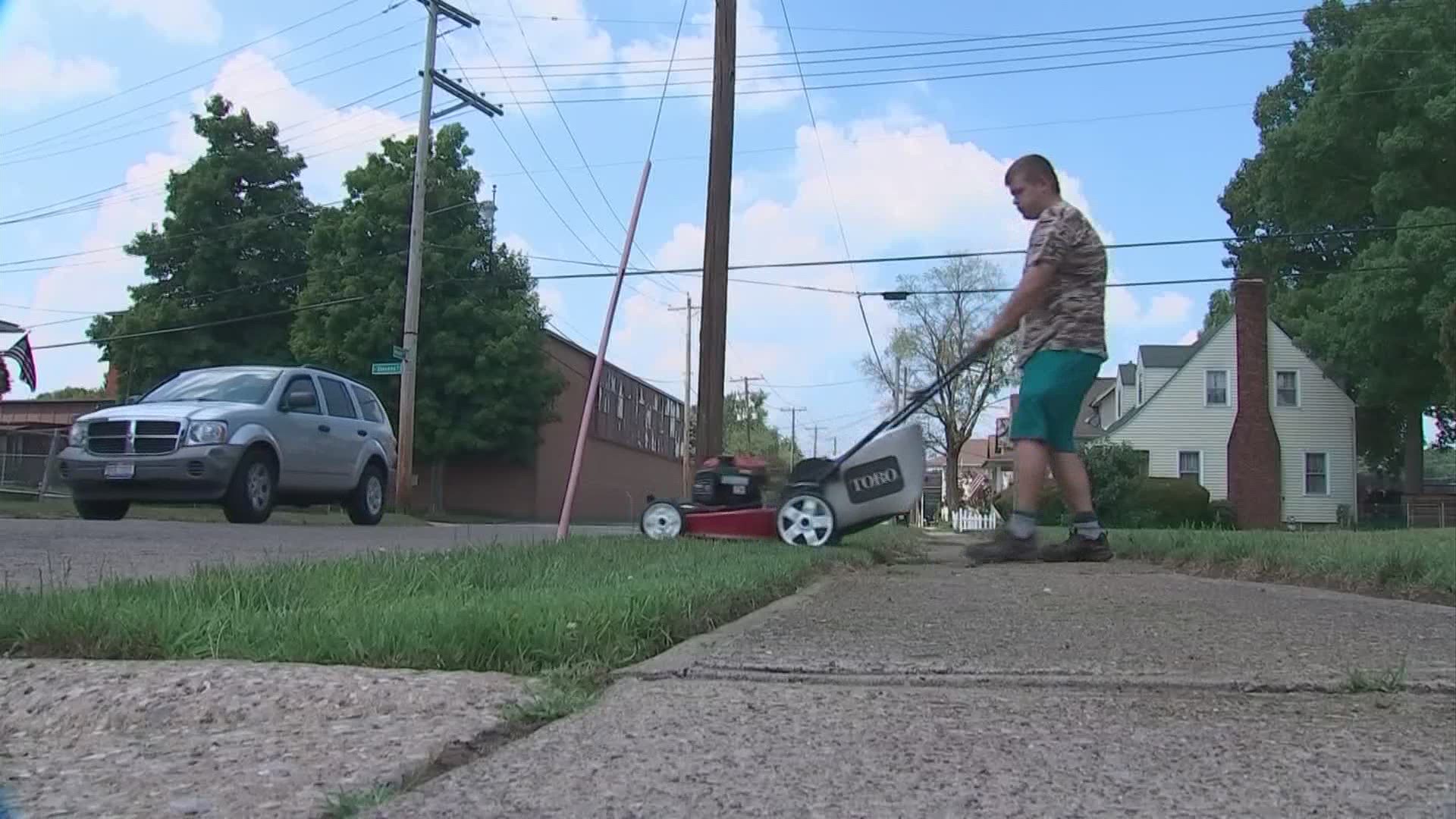 With all the issues we've faced in 2020 already, it's easy to get caught up in the negativity.

But isn't it comforting to know that there are still good people in the world and in our own backyard -- looking out for one another?

Judy Davis believes it is. Davis has lived on Maple Avenue in Newark for nearly 50 years.

She says she’s never had a neighbor as helpful as Justin Workman. According to her, the 22-year-old has a heart of gold.

“He’s such a good kid,” Davis said. “He mows grass for Karen, he’s mowing for his mom and the next house.”

Davis can go on and on about Justin and she does.

“Then he comes across the street two doors down and helps them,” she said. “Then he’s helping my dad mow the yard and different things.”

Justin was surprised to hear all the praise from his neighbor.

“It makes me feel happy that I’m helping somebody,” he said.

Justin’s mom, Jeannette Workman, says it’s not just the neighbors who benefit. She believes Justin gets something out of it too.

“I think it builds his self-esteem and makes him feel that he can do good,” she said.

That sense of worth her son gets from doing acts of kindness for his community it something Jeannette says she’s tried to instill in her kids from day one.

“Whatever you do in this life, it might help you get through the gates of heaven," she said. "I’ve always told both boys don’t expect anything in payment, do it out of the kindness of your heart. He just loves helping people out and doing things for them.”

Justin doesn’t consider what he does for the elderly people on Maple Avenue a big deal.

“I see a lot of neighbors struggle with a lot of stuff so that’s what made me help them out,” Justin said.

But for the people he helps, it’s a real big deal.

“He’s got a big heart. Sometimes he has attitude, but we love him for that anyhow. He’s a good kid and I know he’s 22 but he’s always my kid,” Jeannette said.