The company donates 20 percent of the proceeds from each shirt to Red Cross disaster relief. 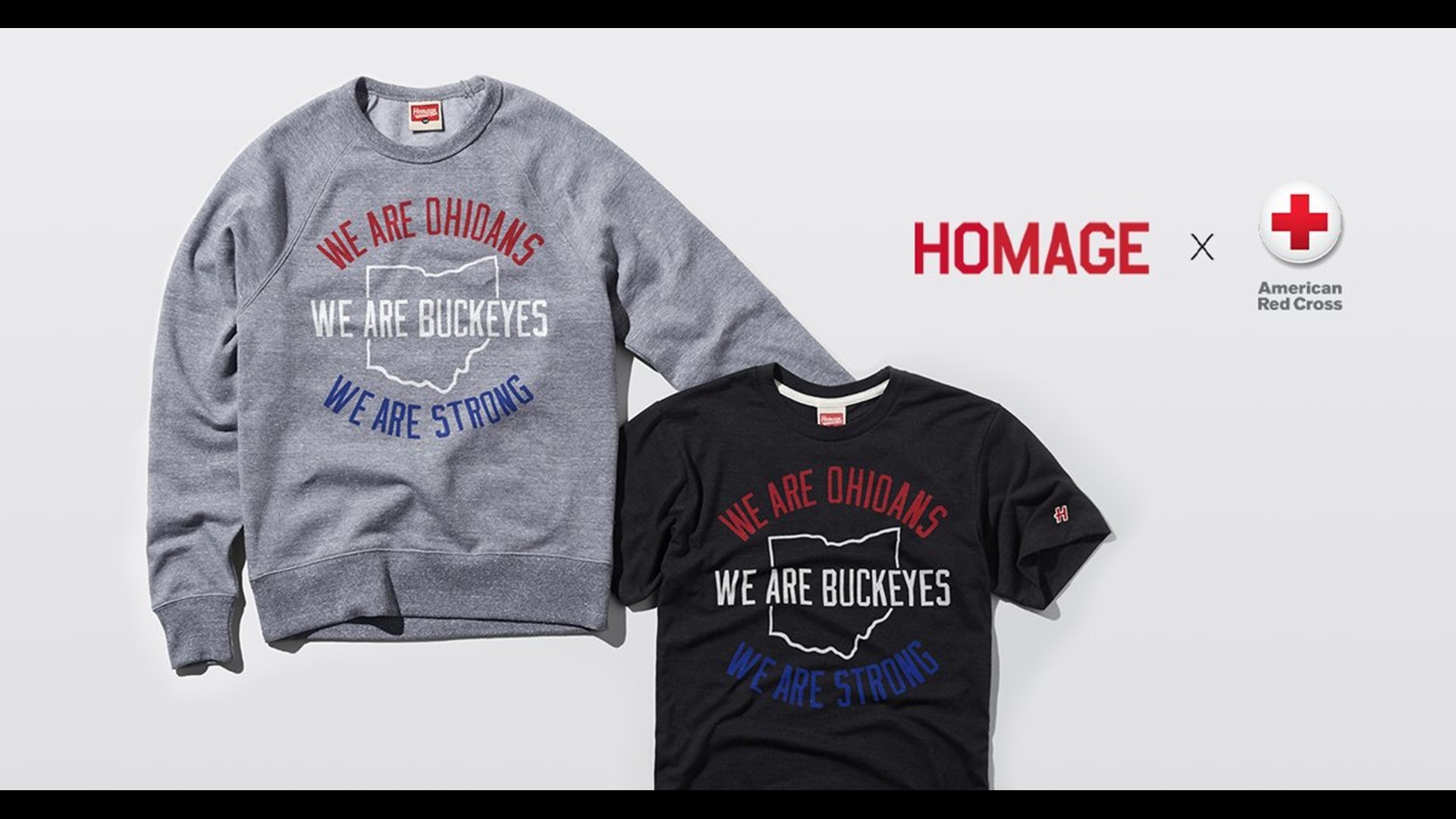 From hurricanes ravaging the gulf coast, destroying homes and knocking out power, to the wildfires scorching Oregon and California… 2020 has been a disastrous year. Thankfully, the American Red Cross has been there.

“The hurricanes, the wildfires, the derecho in Iowa and then you have single-family house fires. You have disasters that are occurring throughout the nation that we’re responding to,” says Cory Paul, Executive Director of the Greater Columbus Chapter of the American Red Cross.

The organization is providing disaster relief and support to thousands of people whose lives will never be the same. But they can’t do it alone.  It takes volunteers, donations and community partners like Columbus-based t-shirt company Homage.

“We’ve been working with Homage for a couple of years now and they’ve been such a wonderful community partner.  Their products are so appealing to so many different people that it’s just a great fit,” Paul said.

The COVID-19 pandemic t-shirts by Homage raised nearly $40,000 for the Red Cross and their Pacific Northwest shirt for wildfire relief has brought in almost $2,000 so far.  The company donates 20 percent of the proceeds from each shirt to Red Cross disaster relief.

“It’s a wonderful way to spread the news about the need on their own site, but then, that money they donate goes right into the response,” says Paul.

Thanks to Homage, there’s an easy way to help causes across our community and across the country.

The American Red Cross needs volunteers.  You can find out how to get involved by going to their website.