Sisterhood of friends rally around Columbus mom diagnosed with cancer

No one ever expected 37-year-old Jessica Nhem to be diagnosed with a stage four Glioblastoma. 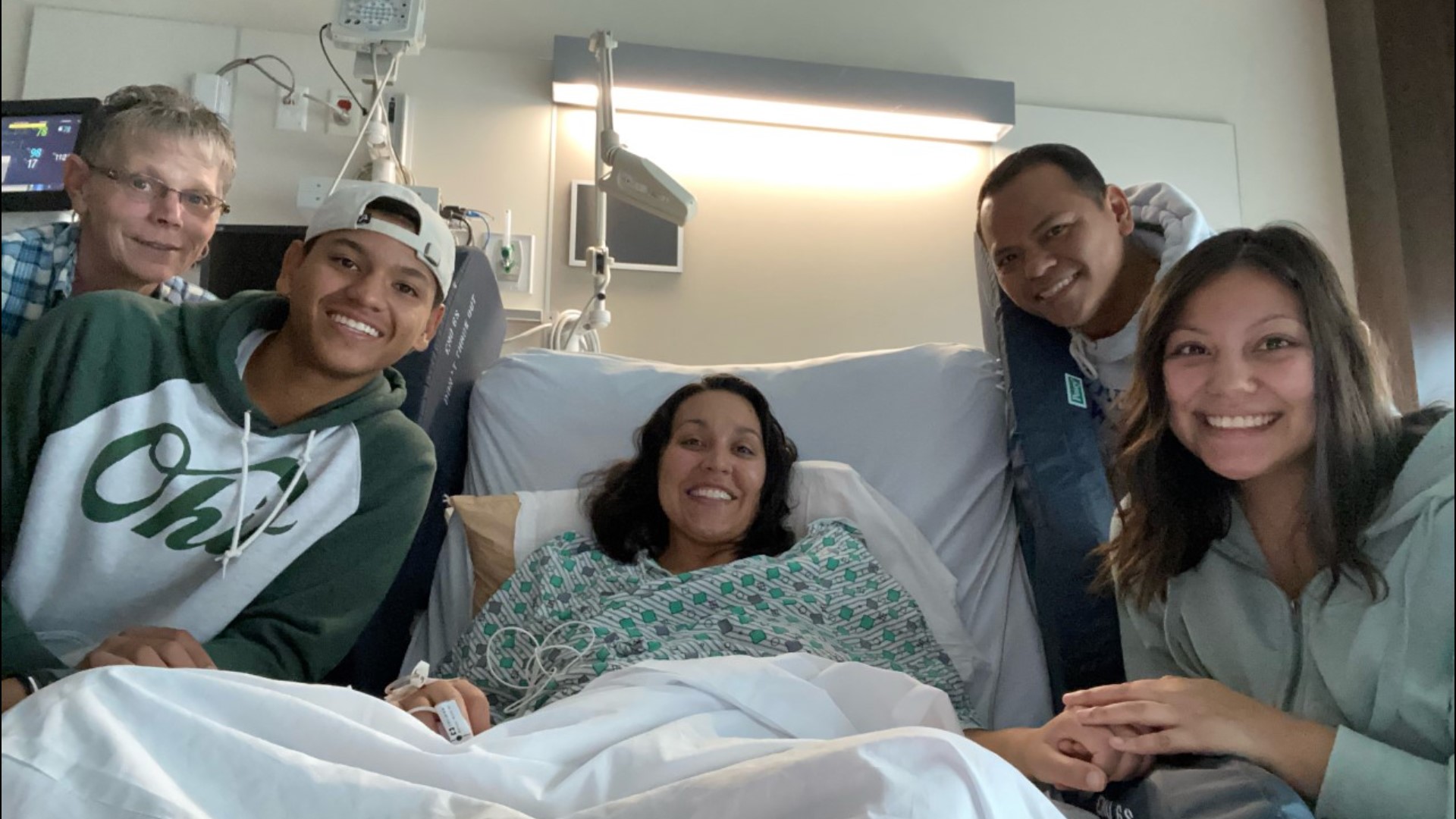 Sam Nhem was lucky enough to marry his best friend. He’s been with his now wife, Jessica, for his entire adult life.

He says life without her just doesn’t make sense.

“We’ve always talked about, you know, setting off in the sunset, sitting in the rocking chairs and just enjoying one another in our later years,” Nhem said. “Now, we’re in this fight to keep her alive as long as possible. You simply can’t wrap your head around it because this wasn’t supposed to happen.”

No one ever expected 37-year-old Jessica Nhem to be diagnosed with a stage four Glioblastoma.

She was young, lived a healthy lifestyle and was very involved with her three children and their activities.

That’s when their tribe of family and close friends sprang into action. In Jessica’s hometown of Jim Thorpe, Pennsylvania, the community rallied around her parents.

Friends organized raffles and fundraising events to help with some of the expenses related to Jessica’s healthcare needs.

Tami Harris blindsided by her friend’s cancer diagnosis. She says Jess is still so positive, so she stays positive as well.

“She said, 'I’m not looking at the statistics. I am not a statistic,'” Tami recalls from a recent phone conversation with Jess. “She refuses to look at what the diagnosis says and she’s just looking to fight.”

Like everyone else who knows Jessica, Tami was devastated by the news. But she is part of an inner circle of friends that are more like sisters.

Jessica’s sisterhood of friendship is provided with a support system for the family.

“We’re also asking for prayer,” Harris said. “If God can create heaven and earth in seven days, he can certainly help our friend if He chooses to.”

Childhood friend Beth Kuhlas says the community back in Pennsylvania is rallying behind Jess and her family.

“Everyone who knows Jess or her parents wants to help. These are such great people and the community is stepping up without even being asked,” Kuhlas said.

Although this may be Jessica’s fight, she has a lot of soldiers on the battlefield alongside her.

“A lot of people are reminding Jessica to be fierce and strong and determined, but what I really want her to remember is that we are all in this together and her fight is our fight,” Kuhlas said.

Meanwhile, Sam has gone from husband to caretaker as his wife prepares for chemo, radiation and possibly surgery to remove part of the tumor.

“It’s a mean and nasty cancer,” he said. “I can’t imagine what life without her would be like.”

The Nhem family has a tough road ahead. But they also have hope and that sisterhood of friends.

“I tend to think that, you know, she could be the one person to ever beat this thing,” Sam said.