Puppy that was set on fire finds new home

Korra, who was trapped inside a plastic crate when a man set it on fire, was adopted by a woman in Millfield, Ohio. 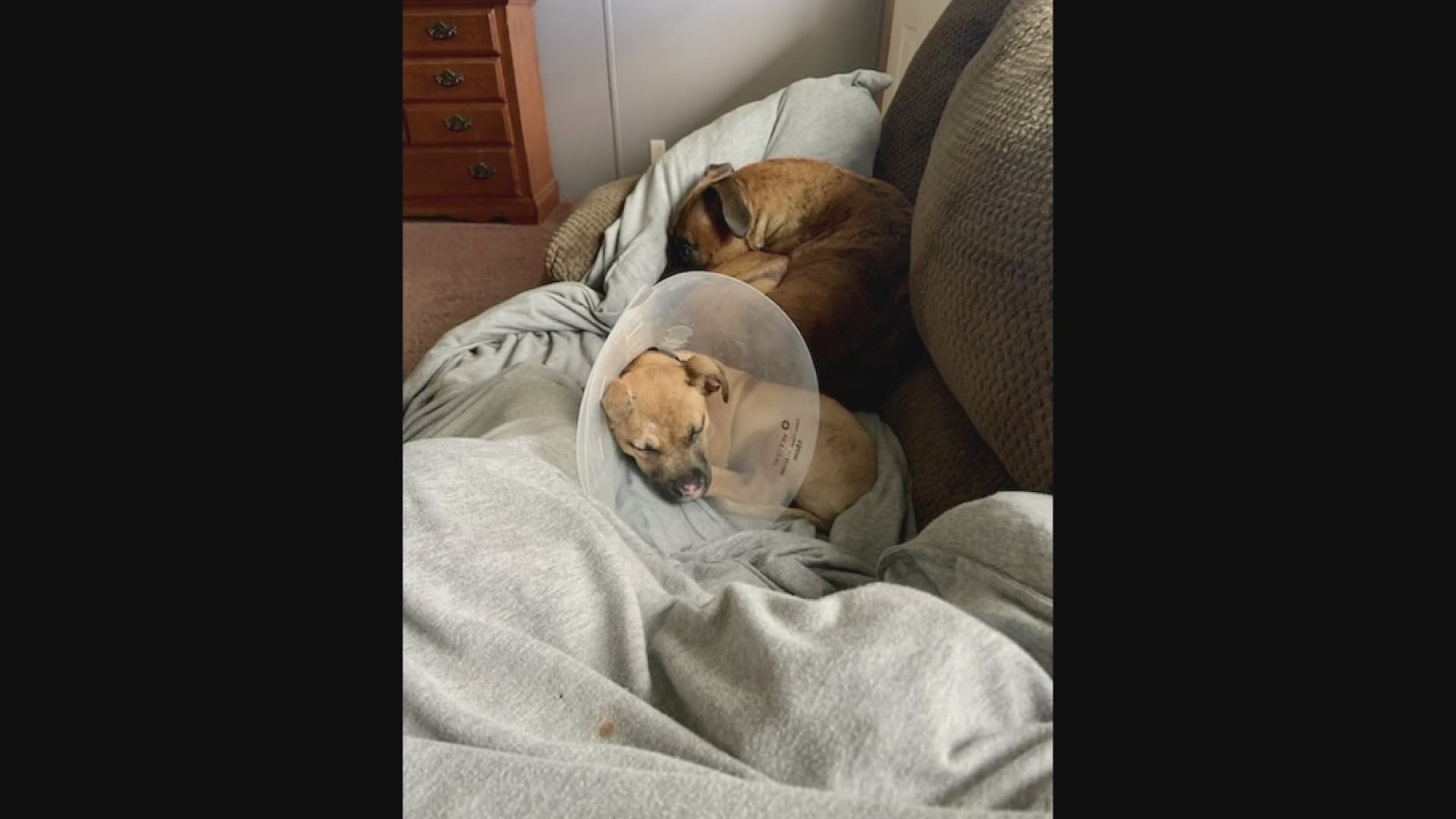 It was a horrible case of animal abuse. A puppy trapped inside a plastic crate that had been set on fire.

Somehow, she escaped but not before suffering severe burns on her head, nose and paws.

Firefighters took her to Diley Hill Animal Emergency Center in Canal Winchester where she was treated for her burn injuries. The staff there named her Korra.

“Seeing stuff like that, honestly, my first reaction is kind of confused. I don’t ever understand how someone could do that to a helpless animal,” Katherine Thrush said.

Thrush is a veterinarian assistant at Diley Hill. She was there when Korra was brought in.

“She has these dark brown eyes just like Bella, my first rescue,” Thrush said. “I saw those, and I said she’s coming home with me. My husband and I weren’t looking for another dog, but she needed us more than we needed her.”

Thrush already had three rescue dogs at home. But she couldn’t say no to one more. After a lot of tender loving care, she says Korra is about 90 percent healed.

“Her nose is completely healed, and her paw pads are completely healed as well,” Thrush said. “She doesn’t act like anything ever happened to her. She’s spunky. She is your typical crazy puppy and she loves life.”

Life is about to get even better for Korra.

“After hearing about Korra’s story and how wonderfully Katherine gave her a forever home and saved her, we couldn’t sit idly by and do nothing,” says Alexis Nelson, social media and marketing manager for Columbus-based Bark.

Bark is all about dogs. It’s a company that prides itself on making your furry friends happy. Bark provided a supply of food from its Bark Eats division and some other surprises for Korra. She’ll also get their Bark Box full of toys and treats every month for the next year.

“I’m just so happy that we got the opportunity to step in and step up just like Katherine died and help out the best we can,” Nelson said.

In the end, a story that had such a heartbreaking start ended up with a very happy ending.