Masen Goings had saved up about $250 and he was ready to shop. 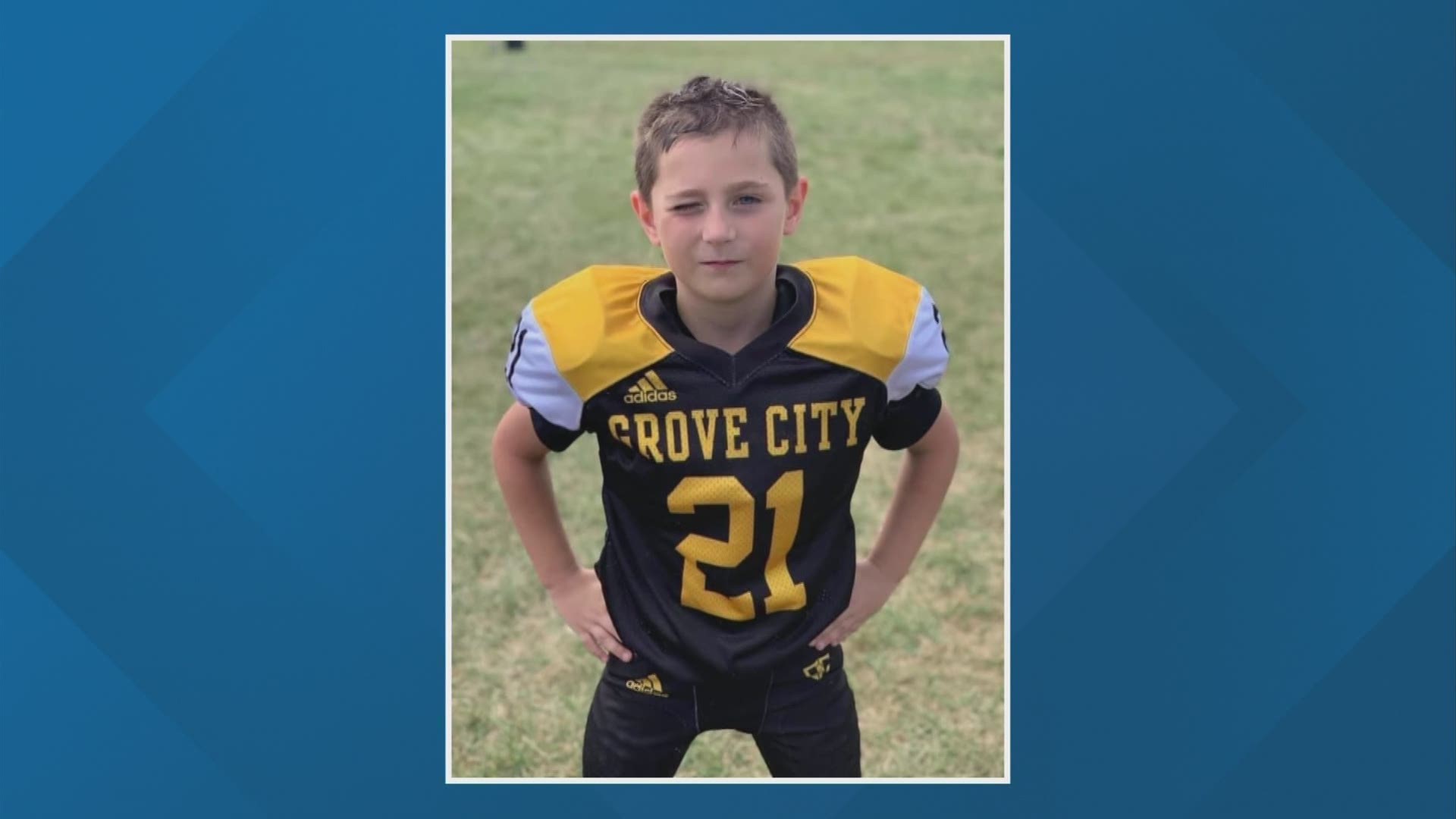 Imagine being 9 years old, you’ve saved your birthday money and your Christmas money to buy something special.

Masen Goings had saved up about $250 and he was ready to shop.  But after returning home from the Grove City Target store he realized he no longer had his wallet.

That’s when Masen, his mom and his brother went back to the Target store to see if anyone had turned in the wallet. It wasn’t there. Masen was devastated.

Heartbroken for his son, Harold wrote about the lost wallet on the Grove City Connect Facebook page and asked if anyone had found it. It was a longshot, but he gave it a try.

“At that point, we thought it was gone. We definitely didn’t think anyone would turn it in,” Harold said.

At the same time, Grove City High School student Breana Westerfield made a discovery in the parking lot near that Target store.

“Me and my friend Jaden, we were going to the GenjiGo for dinner,” says Breana. “We were leaving, and we saw this wallet. We looked inside for identification but didn’t see anything. There was a lot of money though.”

It was Masen’s missing wallet with his birthday and Christmas money inside.

“So, I called the Grove City Police Department because I didn’t know what else to do with it,” Breana told 10TV.

She took the wallet to the police station and dropped it off. Breana’s good deed made her mother very proud.

“You know, she could have easily grabbed the money and gone on a shopping spree or whatever. But she did the right thing. I knew she would have, but I’m proud of her. I’m proud of everything she’s accomplished,” says Renee Glover, Breana’s mom.

Renee also knew about the community's Facebook page. She thought it would be a good idea to check the Grove City Connect to see if anyone was missing a wallet.  She saw Harold’s post and was excited to tell him the good news.  Her daughter had found the wallet and turned it in to police.

Harold says he can’t thank Breana and her mother enough.  When he told Masen that someone found his wallet, he was excited.

“Everything was in there, not a penny was gone,” Harold said. “You know, it speaks volumes about how she was raised and how she was brought up. We’re very thankful.”

Since the Facebook post about the wallet, Grove City neighbors have been chiming in and commending Breana for her act of kindness.  Her good deed also helped boost business at her family’s soul food restaurant in Grove City, MrSouthernflava – A Taste of the South. Once people found out what she did, many of them wanted to visit the restaurant and support the business.

Breana says it was just the right thing to do.

If you know of someone doing good in our community, tell us about it. You can nominate them at 10tv.com/love