Michael Sipos is a UT and Hardin Valley Academy graduate. 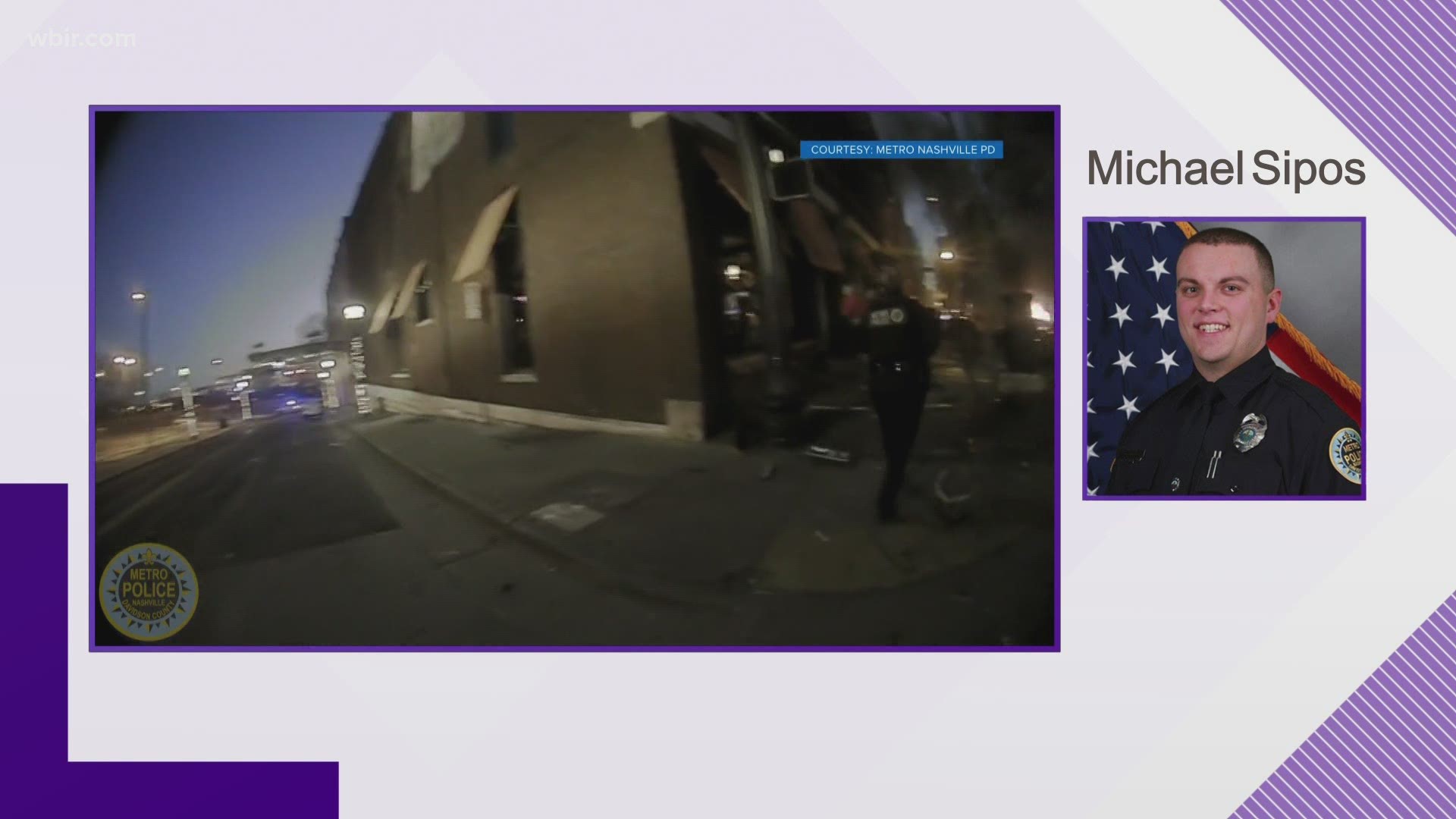 KNOXVILLE, Tenn. — One of the heroic police officers that helped evacuate people before and after the Nashville bombing just so happens to be from Knoxville, 24-year-old Michael Sipos.

His friends said he always knew he wanted to be in law enforcement and that they weren’t surprised when they saw his name in the headlines for his good deeds.

They said Sipos was destined to do great things.

RELATED: 'That's so weird': Officers remarked on RV as they walked by it, moments before explosion

“You know how some people always want to go out of their way and help people? Michael was that kind of person," said one long time friend, Garrett Curtis, who said Sipos knew his career path early on.

He graduated from Hardin Valley Academy and later the University of Tennessee.

“He was the most suited to become a great police officer," said good friend David Bean.

Curtis and Bean said waking up Christmas morning, seeing the destruction in downtown Nashville and realizing their friend was in the middle of it all was surreal.

Sipos was hailed a hero after helping, along with other patrolmen, evacuate numerous people on Second Avenue North in downtown Nashville before the bomb exploded.

“Once I saw Michael was a part of it, proud is an understatement for sure," said Curtis.

“I felt like a proud mom, I was showing my buddies like, Look, it’s Michael," said Bean.

His body cam video shows him walking by the RV in question on Second Avenue North. Both are thankful he’s safe, but not surprised by his actions of helping others.

“He’s a great kid from a wonderful family, so him acting like this in that situation the way he did and being in it was no surprise," said Curtis.

“It’s not everyday you see a hero and say, Oh, wait, that’s my friend," said Bean.

Both know he’ll go on to do even more great things..