13-year-old Isabel Escobar says her Chilean heritage is what makes her uniquely connected to her home in the United States. 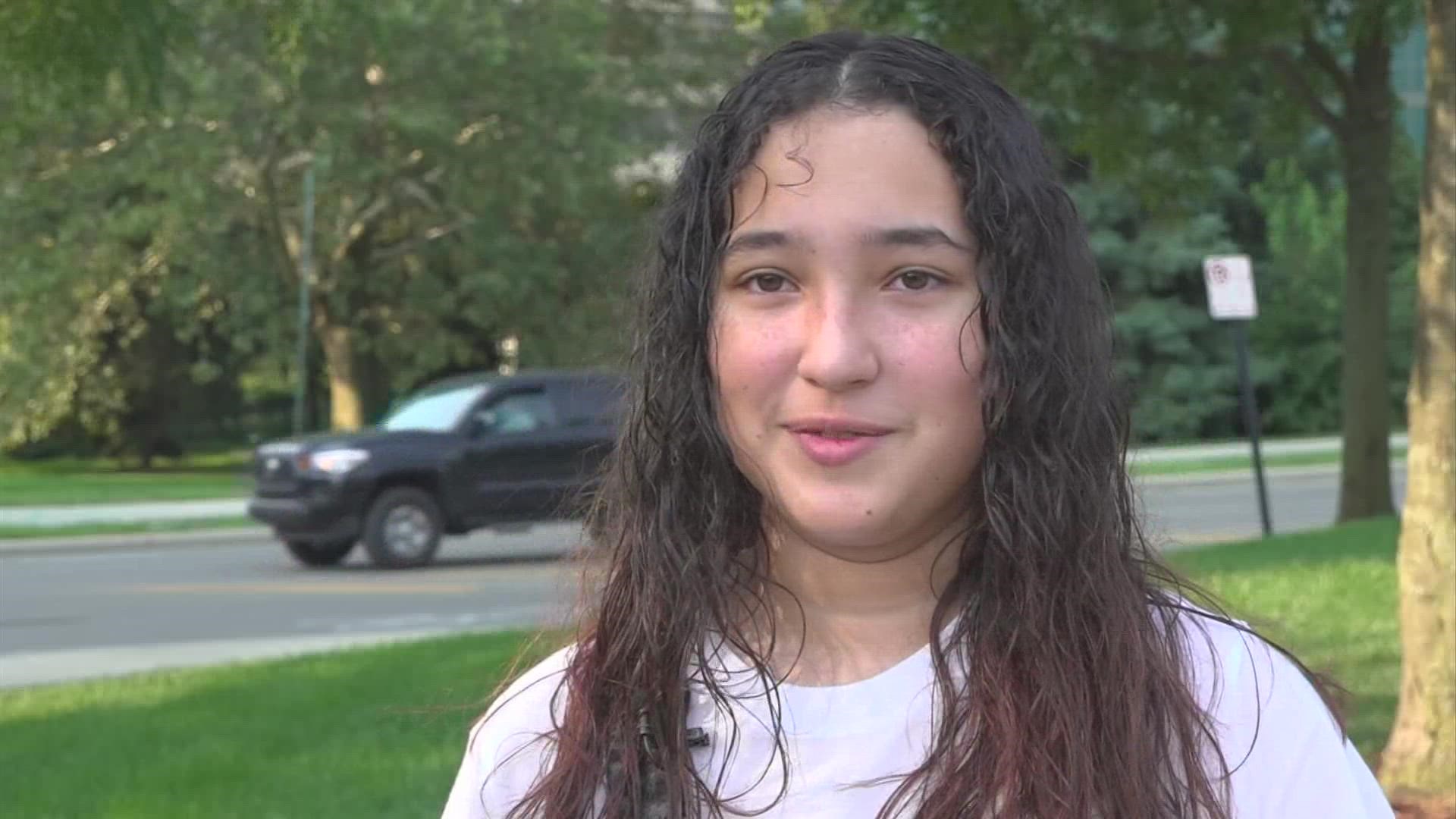 COLUMBUS, Ohio — What makes someone an American? Isabel Escobar, 13, says it is our differences that bring people in the United States together.

Escobar is a first-generation Chilean-American and a student in Columbus City Schools.

Her parents came from Chile to Florida, and then to Columbus, where they have lived and raised their family for more than 20 years.

While Escobar has loved her childhood in Ohio, she said she was often one of the only people of color in her school.

"They would also tell me that I wasn't allowed to speak Spanish,” she said. "'This is America. Speak English,' stuff like that, you know? It’s kind of annoying. It kind of hurts."

Escobar said those questions confused her. She would ask herself, “Do I belong here? Can I speak Spanish?”

So at 10 years old in 2019, she looked inward and shared her answer with the world through a TedTalk.

She shared how being a first-generation American made her feel special. Years later, it is a feeling that has only grown stronger for Escobar and her family.

Her mother, Leticia Escobar, said could not have been more proud to hear her use her voice in that way as a young kid.

“Speaking about my country, and the things that we have and we can offer, it was very exciting," Escobar said.

Mauricio Escobar, Isabel’s father, was also proud of her TedTalk, and he hopes his daughter’s words will still resonate with people.

"I think that we should embrace that the fact that we can benefit from the diversity and the backgrounds that we all have,” Escobar said.

Escobar said she hasn't heard any rude comments from other students in a while.

With her family's support, Escobar said she'll bring her best of both worlds to study science or psychology when she gets older, never forgetting her roots along the way.

“The U.S. isn’t just for one race or one ethnicity or one religion,” Escobar said. “It's like a melting pot. We all have a right to be here.”