Black Lives Matter D.C. is asking J.W. Marriott and Holiday Inns in both Capitol Hill and Alexandria to close when pro-Trump demonstrators descend on the District. 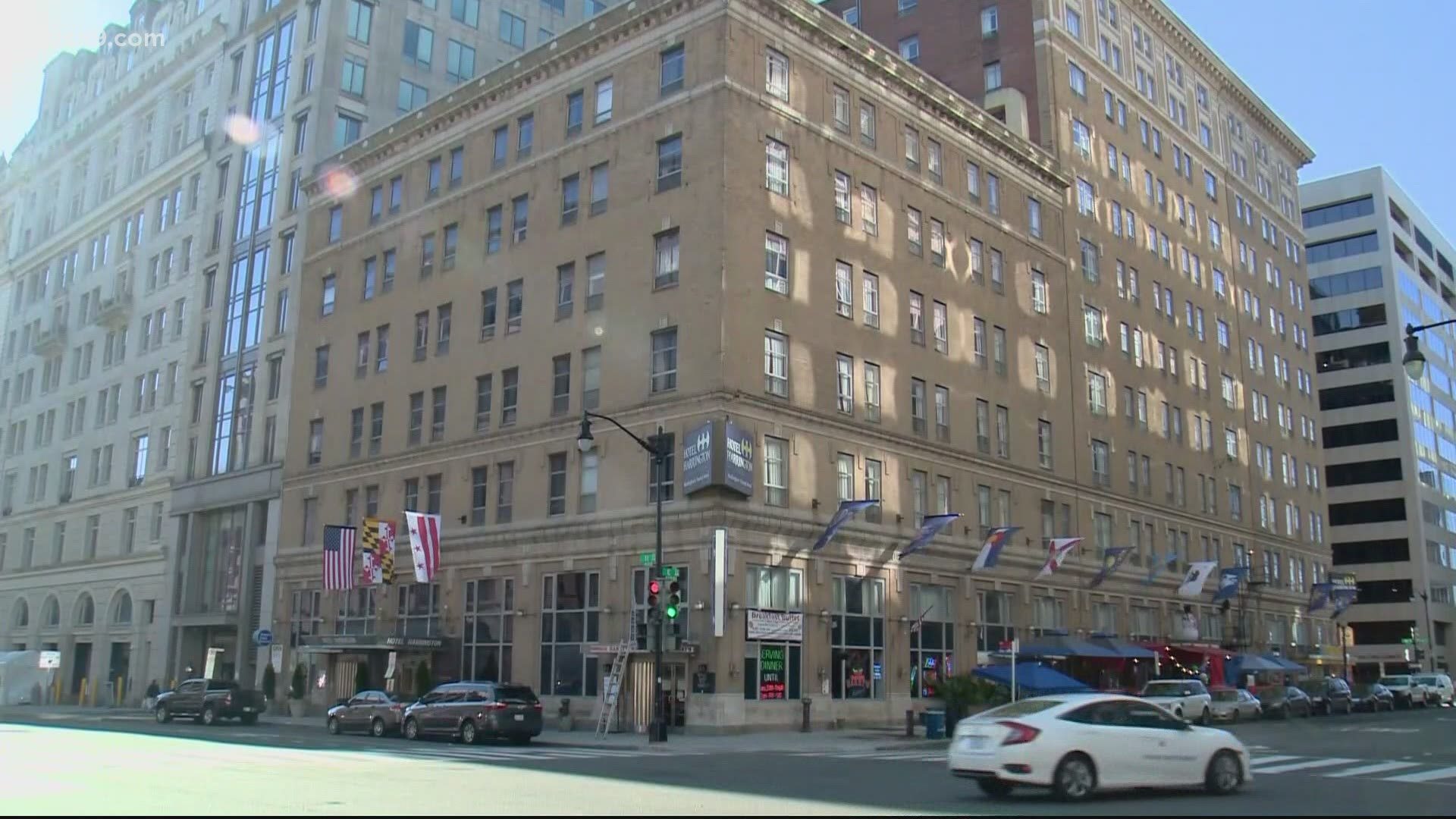 WASHINGTON — The call to shut down and the threats that followed.

Nee Nee Taylor with Black Lives Matter D.C. alleges threats have been made towards the group after their demand that several D.C. area hotels shut down for Inauguration.

“I became very concerned, not afraid, but concerned,” Taylor said.

Black Lives Matter D.C. is asking J.W. Marriott and Holiday Inns in both Capitol Hill and Alexandria to close when pro-Trump demonstrators descend on the District on Jan. 6th.

The request from Black Lives Matter D.C. comes just one day after Hotel Harrington announced it will cancel reservations and close from Jan. 5-6. The hotel and Harry’s Bar, which operates inside, became the scene of violent outbursts from extremist groups like the Proud Boys on Dec. 13.

JANUARY SIXTH, SEE YOU IN DC!

RELATED: Hotel Harrington to close ahead of planned MAGA rally

“BLM DC stayed at the Regis Dec. 12,” Taylor said, “and we watched the privileged Hyatt and Capitol Hilton give leeway to White Supremacists."

WUSA9 reached out to the administer of the online forum but did not hear back. After contacting several hotels, WUSA9 did hear back from Marriott.  A spokesperson said the hotel will not close but, in a statement explained, “we are monitoring the situation very closely and have operational and security plans in place.”

“Your silence is violence,” Taylor said.

WUSA9's Delia Gonçalves spotted some barricade gates on standby outside the downtown hotel and some employees surveying the property Wednesday.

D.C. Police confirm to WUSA9 they are not aware of any specific barricades gates near the hotel, but a spokesperson emailed us a statement saying:

“It is the duty of MPD members to ensure the safety and well-being of all residents, visitors, and demonstrators who come to exercise their First Amendment rights.”

However, Taylor is taking the talk of violence seriously and is now encouraging folks to stay home and stay safe saying Black Lives Matter D.C. will not stage counter-protests.

“We will be totally outnumbered,” Taylor explained, “Their president said, ‘stand back and stand by’ and this is the standby.”

WUSA9 did not hear back from the Mayor’s office. While MPD said they cannot discuss tactics, they said they are working with local and federal partners to monitor the situation.

RELATED: 'Be there, will be wild' | Pro-Trump protest expected on day Congress set to certify 2020 election results