When Moji Oseuji moved to Ohio from New York, she was taking a chance. The Down Syndrome Association of Central Ohio helped her and her two sons with special needs. 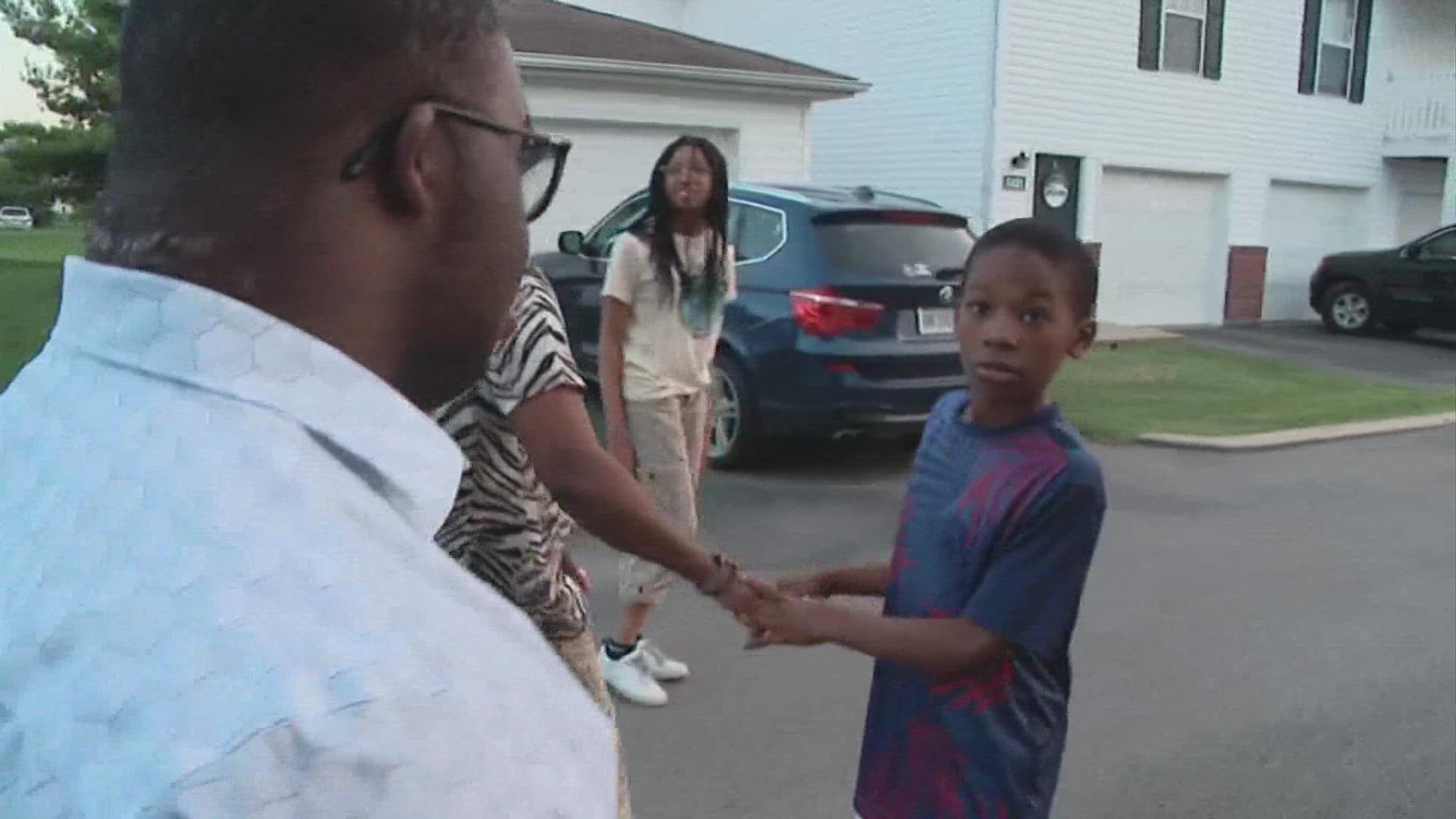 COLUMBUS, Ohio — When Moji Oseuji moved to central Ohio from New York a decade ago, it was a leap of faith.

“When we moved to Columbus, I was pregnant. I had so much going on,” Moji said. “I was trying to find my way, you know, work and all that.”

Moji was now a single mom of four, and one of her children has special needs. Some of her co-workers at Nationwide Children’s Hospital told her about DSACO, The Down Syndrome Association of Central Ohio.

“There’s an organization specifically for kids with Down syndrome? I need to know,” Moji recalls.

Kari Jones is the president and CEO of DSACO. She knows how Down syndrome can impact the entire family and therefore DSACO focuses its programs, not just around the person with Down syndrome, but their family members as well.

“However we can meet those needs in order to make that family unit stronger is what we’re really looking to do. So, we offer programs just for moms, just for dads, even siblings,” Jones tells 10TV.

When the Oseuji family connected with DSACO they no longer felt alone. They were surrounded by people just like them, who understood them, who knew how they felt.

“It’s been emotionally, physically, everything, just name it. You cannot put a price on it. I am so glad that I found DSACO. The people have been amazing,” Moji said.

Alex, 19, is as independent as he can be. He helps with chores at home and even had a job at a grocery store over the summer. Now he’s applying to different businesses hoping to get a job again.

“I did Giant Eagle, Meals on Wheels, O’Charley’s,” Alex said.

His mom says he loves to work and he’s a people person. She just wants what every other parent wants for their children.

“Just to live the best he can. Go to work. Hang out with friends,” Moji said.

Alex loves spending time with his friends from DSACO and unless you’ve walked in his shoes, you can’t imagine how special that is.

“I have a soft spot in my heart because I have a brother with Down syndrome,” Jones said. “He’s changed my life and in so many positive ways. But it took me having a community around me who understood me as I grew up and was there to support me to.”

That support is invaluable.

DSACO families know that anyone who has a person with Down syndrome in their life belongs to a special club. They consider themselves the chosen few. They say it’s the best club you can belong to.

Whether you have Down syndrome, know someone who does, or just want to show your support, DSACO would love to see you at this year’s Buddy Walk.

After a two-year hiatus due to the COVID-19 pandemic, the annual fundraiser is back for 2021. There will be some changes made to ensure a safe environment for walkers and organizers. You can learn more about the event, Covid-19 precautions, or donate at Columbus Buddy Walk® Columbus 2021 Down Syndrome Association of Central Ohio.

The DSACO Buddy Walk kicks off at 9 a.m. Sunday, Oct. 3 at the Fortress in Obetz.