Columbus Man Pleads Not Guilty to Plotting Military Base Attack

An Ohio man accused of plotting to attack a military base or prison after returning to the U.S. from terrorist training in Syria has pleaded not guilty. 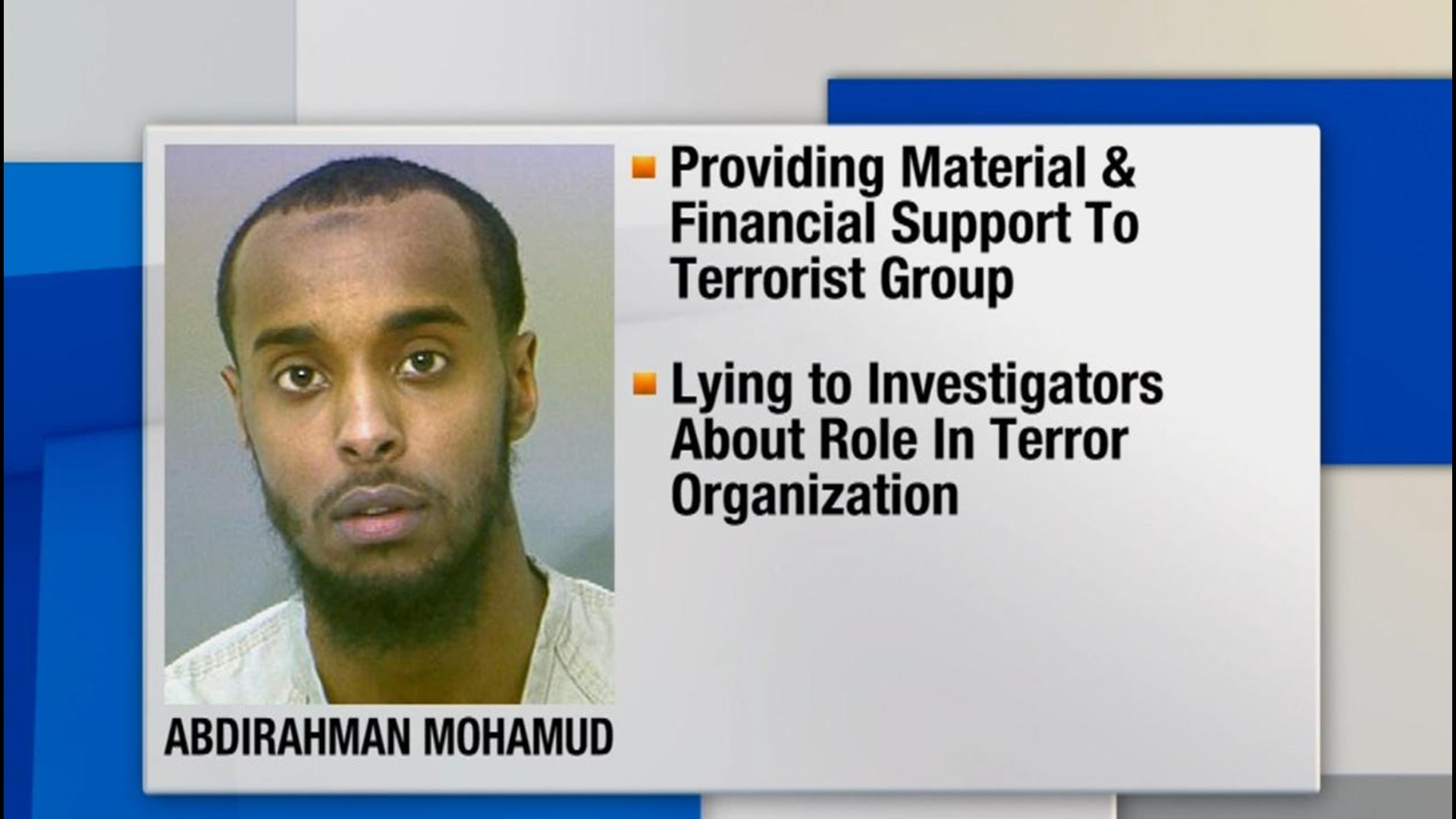 An Ohio man pleaded not guilty Friday to charges he traveled to Syria and trained alongside terrorists, then returned to the U.S. with plans to attack a military base in Texas or a prison.

Abdirahman Sheik Mohamud, a U.S. citizen originally from Somalia, wanted to "kill three or four American soldiers execution style," according to the indictment. Attacking the prison was part of a backup plan if that didn't work, the charges said.

The charges were expected after his arrest earlier this year, said his attorney, Sam Shamansky. He said it was too early to talk about the specific charges.

The indictment also says Mohamud's brother, Abdifatah Aden, fought with Jabhat al-Nusrah, a State Department-designated terrorist group, until he was killed in battle in Syria in June 2014.

Mohamud, 23, of Columbus, was charged with supporting terrorism, supporting a terrorist group and making a false statement involving international terrorism. Prosecutors said he lied to an Ohio FBI agent by saying he was in Istanbul when authorities say he was in Syria.

Mohamud was arrested in Columbus in February on state terrorism and money laundering counts.  Mohamud became a U.S. citizen in February 2014, according to the government.

Read the full indictment against Mohamud

Events leading to Mohamud's arrest began around September 2013 when he communicated online with his brother about plans to travel to Syria to fight, the indictment said. They later talked about ways Mohamud could support him financially, according to the government.

Mohamud told his brother of his desire to "join you in the high ranks as a Mujahid," or violent jihadist, according to the indictment.

Mohamud also told a U.S. associate he was happy about his brother's death and said he "was next and would join Aden soon," the indictment said.

A year ago, Mohamud bought a one-way plane ticket to Athens with a connection in Istanbul, where he got off and didn't board his next flight, the indictment said. Instead, he ended up in Syria where he received training, "including shooting weapons, breaking into houses, explosives, and hand-to-hand combat," the government said. A cleric then instructed him to return to the U.S. to carry out an act of terrorism, according to the government.

Mohammed is not the first person from Columbus to be charged with terrorism.   Iman Faris - a wire cutter tasked to cut down wires of the Brooklyn Bridge, Nuradin Abdi who threatened to blow up a local mall and Christopher Paul a Muslim convert who plotted to use weapons of mass destruction against interests in Europe and the U.S.

Mohammed's attorney says those convictions won't mean his client will suffer the same fate.  “The notion that the feds never lose is also "BS."  They've never lost a terrorist case?   That's fine, maybe they won't lose this one, I have no idea," said Sam Shamansky who  represents Mohamud.

He says his client is a man with no prior criminal history.

According to the indictment, Mohamud's brother-- Aden-- fought for Al Nusrah Front, a designated terrorist organization, and was killed in battle.

Mohammed's attorney believes those circumstances will play a role in his defense.

“This young man from Somalia loses a brother in a war in Syria had nothing to do with the United States and what impact that had on him is known only too him. I can tell you that will certainly be an issue in this case,” said Shamansky.

According to the indictment, Mohamud wanted to go to a military base in Texas to kill 3 or 4 american soldiers

There was no indication that he had plans here in Ohio.

Mohamud trial is scheduled for June.