City officials say that they are working to make sure more pedestrians are not struck while crossing streets. Read the story. 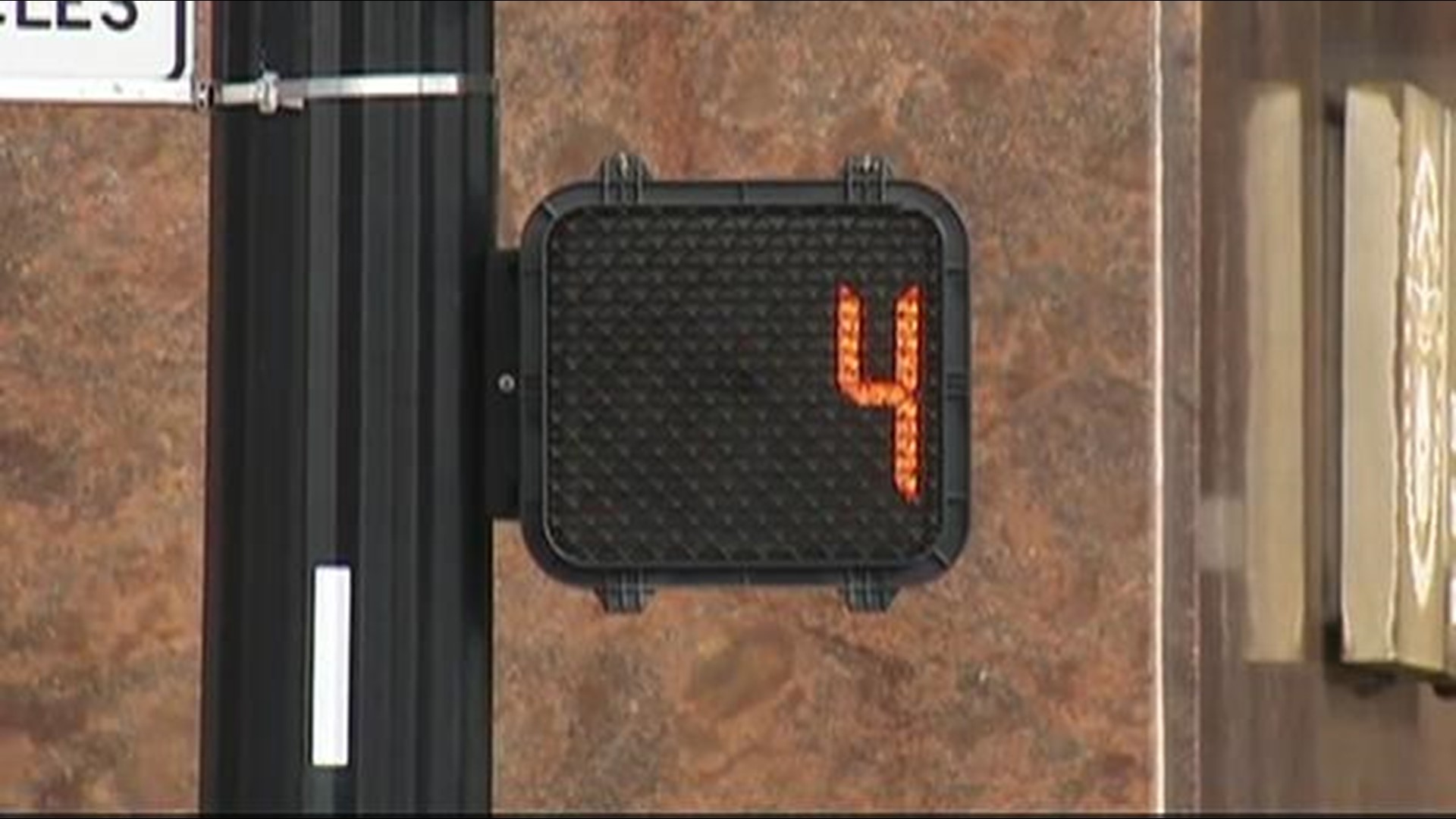 Efforts were being taken to improve safety for walkers in central Ohio after the seventh pedestrian was struck on Thursday in just three days.

According to the Columbus Division of Police, 151 pedestrians were struck in 2011. In Franklin County, 23 people died after they were struck by vehicles.

Columbus officials said that they were hoping to install even more countdown signals at crosswalks across the city.

The city said that it installed 250 countdown signals in 2011, 10TV’s Josh Poland reported.

“We’re adding sidewalks, and we’re putting school flashers in front of schools,” Rick Tilton of the Columbus Public Service Department said. “So, we’re doing a lot of things, but we need pedestrians and motorists to help us out and be safe.”

Sue Burness of the City of Dublin said that pedestrians and drivers have to take responsibility.

“You have to take responsibility, as well as a pedestrian, to watch out to make sure that drivers are paying attention,” Burness said.

“We’re doing a lot in the city, but we need help from pedestrians and motorists to keep everybody safe,” Tilton said.

Both Dublin and Columbus officials said that they had plans in place to upgrade the intersections prior to any pedestrian incidents this year, Poland reported.