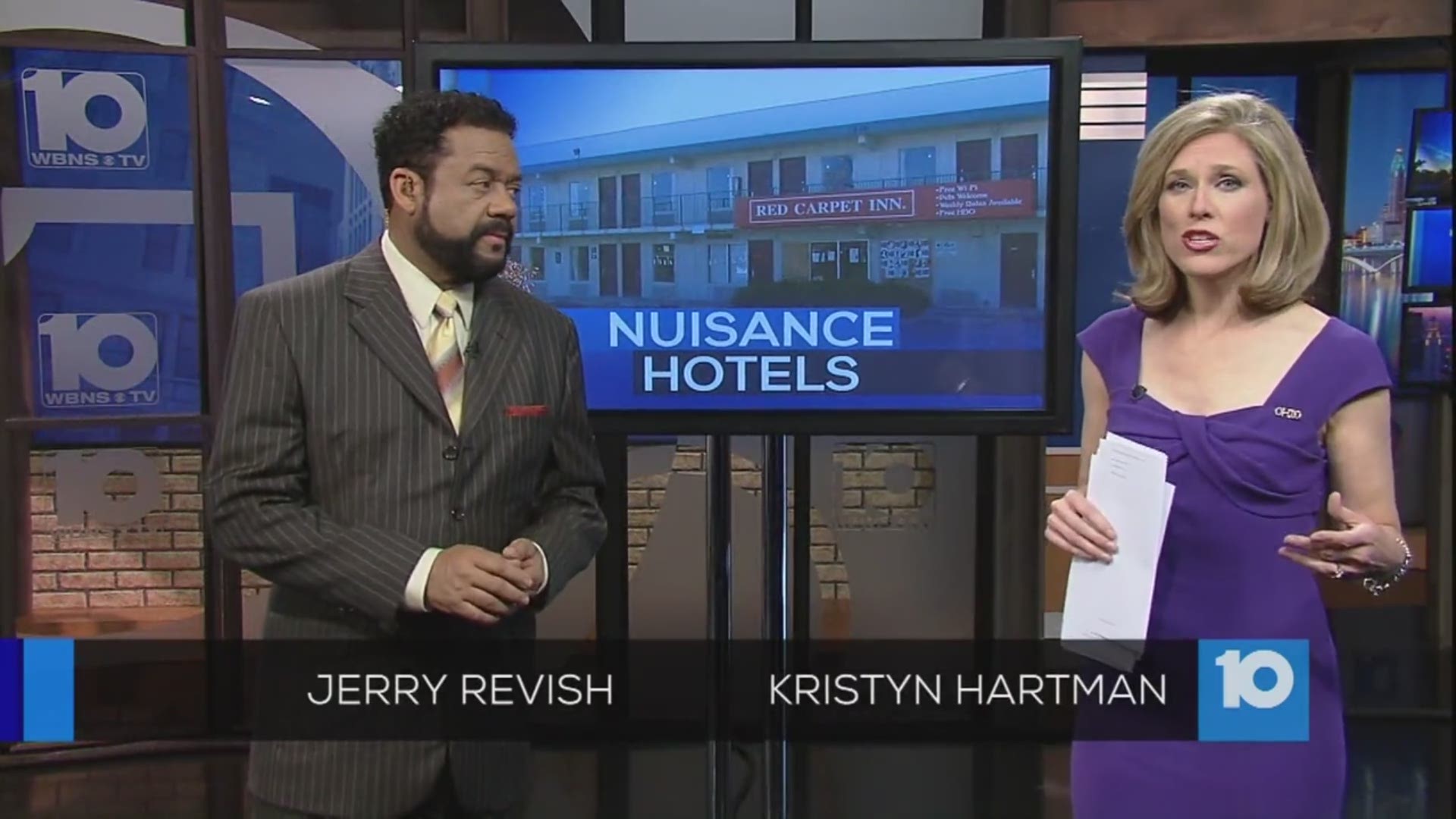 Ask Margie Kemp how long she’s lived behind the old Red Carpet Inn hotel off 161 in North Columbus—and it’s not a simple answer.

Kemp said she moved her entire life across the street because of the stuff happening at the hotel.

She said the violence and noise all hours of the night go to be too much.

The final straw was a murder at the hotel that her great-grandson witnessed.

She said it traumatized him so much it began affecting his life.

“Well he just started turning up and acting out and we got him counseling and he had counseling for years because of it,” Kemp said.

The city shut down several nuisance hotels like the neighboring Red Carpet Inn in 2014.

The Extend-A-Suites on Morse Road was temporarily shut down because code enforcement said the hotel didn’t pass a fire inspection.

Members of the city attorney’s office, city council and law enforcement held a public safety meeting at Crossroads Baptist church on Cleveland Avenue ]to explain the new ordinance, ways nuisance hotels are dealt with and things residents like Margie should look for.

A few other things have changed besides Margie’s address since she moved to Pegwood Court more than 20-years ago.

“You used to be able to sleep with your windows open and your doors,” she said.

But there’s one neighbor she won’t miss.

“Because there’s too much drug and prostitution going on in them,” Kemp said.