Columbus city leaders: There is no ‘stand down’ order for police

A social media post about protesters surrounding vehicles in downtown Columbus spread across social media, causing confusion about how Columbus police could respond. 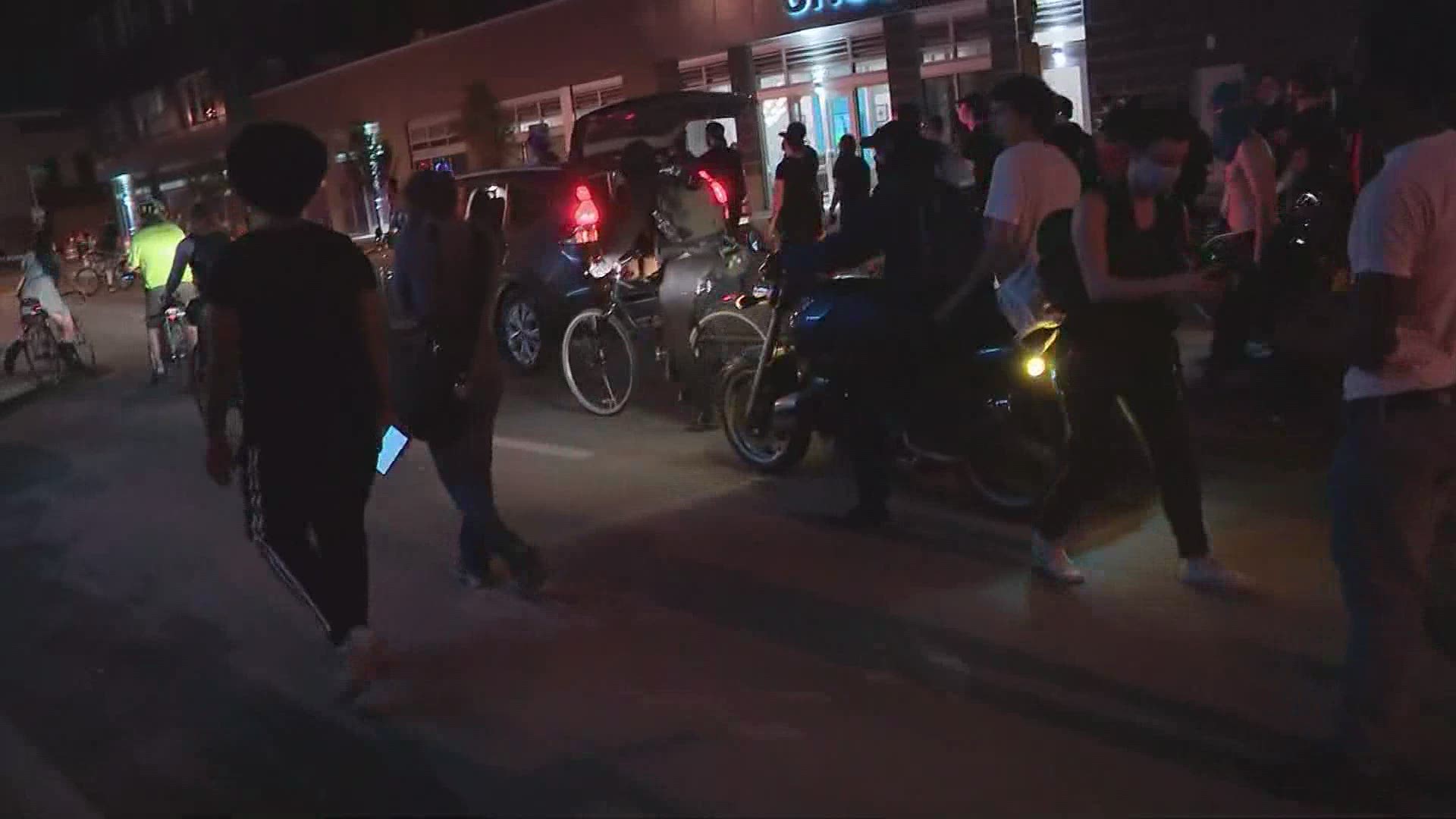 COLUMBUS, Ohio — Columbus City Attorney Zach Klein wants to make it clear that there is no ‘stand down’ order in Columbus.

Rumors of that swirled this week after new orders from Mayor Andrew Ginther about the use of tear gas and pepper spray to respond to protesters.

But, on Friday, Ferrell said the police department received new ‘rules of engagement’ from the city attorney’s office. Those new rules offer more guidance on ways Columbus police can and should respond to protesters.

“I think there is still some, a little bit of unknown out there, it’s hard to write something for every scenario, but we do have something at least now, a little bit of guidance from the Division of Police that came out, I believe, and hopefully we’ll continue to expand that and get more information to our officers,” Ferrell said. “There’s still some concern on how to handle certain scenarios that leadership will have to work through.”

Ferrell told 10TV he requested a meeting with the mayor to further discuss the new guidance and to offer input.

10TV requested to speak with the mayor on Friday, but he was not made available. Instead Klein responded requests for clarification.

“We want to be abundantly clear there is no ‘stand down’ order,” he said. ‘We want to be abundantly clear that police should and could deal with violent individuals, deal with those who are endangering others or endangering the safety and physical harm of police officers or vandalizing or looting or destroying business or even committing arson, as you saw this week in the City of Columbus, that those people must be held accountable and should. And those on the other side who are truly peaceful, who are truly non-violent, who are truly non-aggressive need to have the space and deserve to have the space to exercise their First Amendment rights, and we should embrace that.”

A memo from Jeffrey Furbee, the city attorney’s office chief police legal advisor, on Wednesday also made clear there no ‘stand down’ orders.

We understand that some of the recent policy changes, and proposed policy changes, are difficult to digest, and perhaps are not changes you fully support. However, the only specific policy changes thus far ordered relate to using pepper spray on non-aggressive and non-violent protestors, using tear gas on protestors, and the referral of police-involved shootings to BCI. The Mayor has indicated the City’s intent to comply with 8 Can’t Wait, but that will occur with committee review, including Chief Quinlan’s recently-announced community advisory group, going forward.

None of these changes relate to a Columbus Division of Police Officer’s ability to use force to stop violence being perpetrated against a citizen, or to defend themselves against violence. For example, the change to the Use of Force Directive, as it relates to chemical agents, still allows for the use of pepper spray against violent or aggressive individuals.

None of the policy changes relate to an officer’s ability to use their Division issued Taser, or to use physical force, or other trained techniques or tactics that are permissible given the circumstances presented at the time.

Criminal charges certainly may still be filed related to violence or threats directed at citizens or officers. Nothing has changed relative to the filing of charges related to violence. Even if you disagree with the outcome of the recent emergency order/curfew cases, the City Attorney’s Office was very clear that there was a distinguishing line between cases involving violence, and those that did not involve violence—the City Attorney himself clearly stated protest cases that involved acts of violence, supported by evidence, would be prosecuted. That has not changed.

Chief Quinlan made clear yesterday that officers have every right to defend themselves and others from acts of violence — We fully support that statement.

We have read/viewed statements indicating that due to recent policy decisions officers “hands are tied” when dealing with violence and helping victims in our neighborhoods, specifically downtown. We have viewed statements, purportedly made by officers, that individuals committing acts of violence are now defined as “peaceful protestors.” That is not accurate and simply is not true. City leaders have never said anything of the sort. No officer should confuse limitations on the use of pepper spray against non-aggressive and non-violent individuals to mean that an officer cannot use reasonable force to protect victims or themselves from violent crime.

Finally, I conferred with City Attorney Klein before sending this email, as I know this is important to him, and he reiterated his support for the Division of Police. Like you, he wants the Division of Police to have the trainings and policies to be successful. There’s no doubt that he wants officers and citizens to be safe, and those to commit violent acts to be held accountable.

And Ferrell made clear that, despite the confusion some about the new orders, there was never a time when officers would not have stepped in to help someone in harm’s way.

“The people getting surrounded by cars, intimidated, I believe there’s a plan in place, he said. “I can tell you, the Fraternal Order of Police and the officers of Columbus have no intention of allowing a citizen to get hurt. That has been our position all along, and I believe now hopefully we’ll have some parameters in place to give the officers some guidance so they can do that, according to the rules that the powers to be want to make.”

“It is important we speak with one voice, and words matter,” said Robin Davis, director of media relations for the mayor’s office “We are all committed to making meaningful, lasting changes.”