A Columbus man says Bar Louie on Park Street asked him to leave because his Christian cross necklace was viewed as a gang symbol. 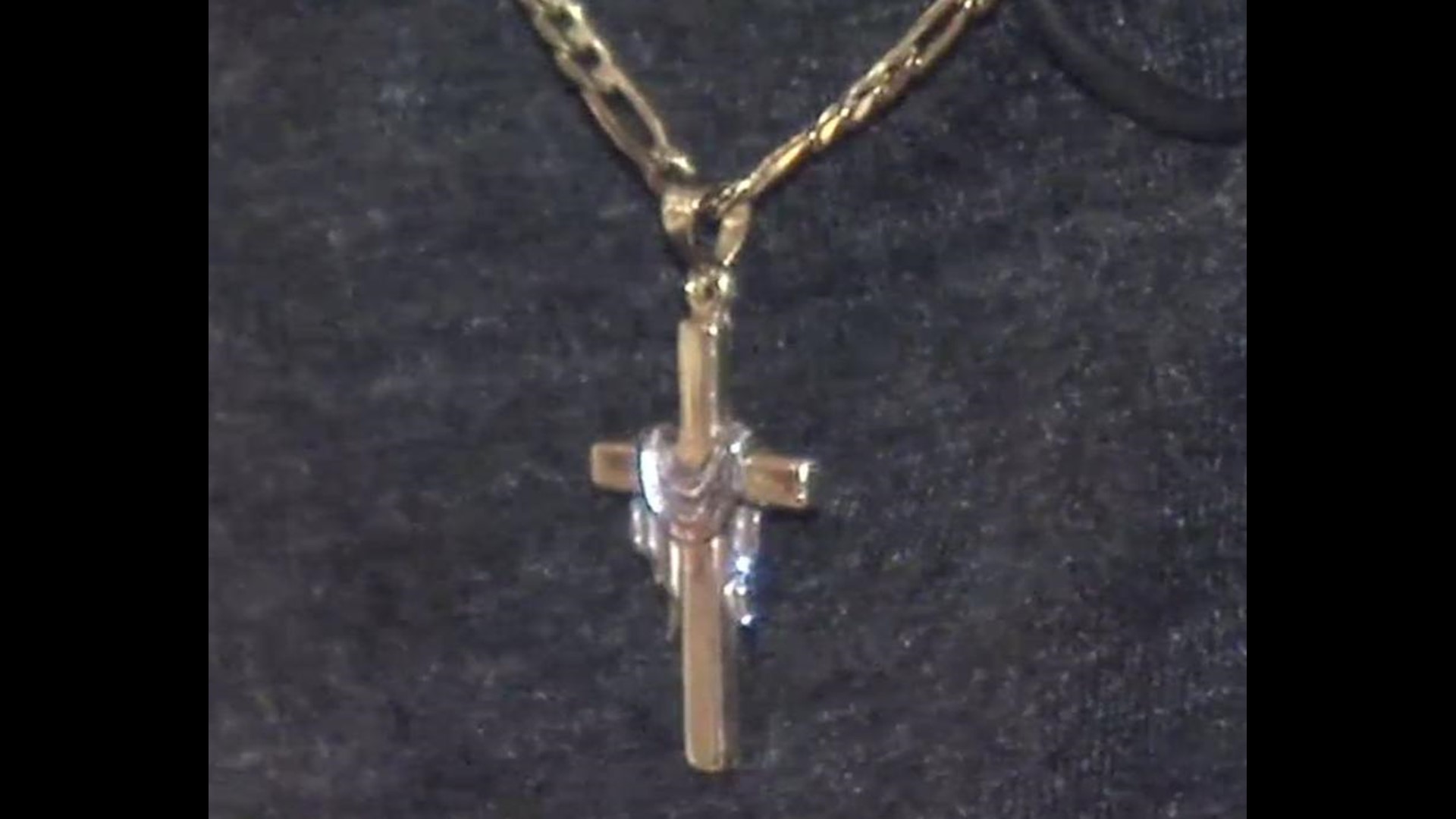 A Columbus man says Bar Louie on Park Street asked him to leave because he wouldn’t tuck the small cross he was wearing inside his shirt.

Jeff Russell says he doesn’t wear his small cross necklace often but he says it has special meaning.

"It was a gift from my mother many, many, years back. It is probably about 15-years -old,” said Jeff Russell.

He says his necklace has a different meaning at the Bar Louie.  "(As) soon as I walked in, someone came up to me and said, ‘you tuck this in or you have to go,’” said Russell.

He says he thought it was a joke, so he went towards the back of the patio area and then says a manager, along with a police officer, came over to him.

"He said, ‘unfortunately there have been some shootings and troubles at other bars and they view any type of Christian cross as a gang sign’ and that if I didn't tuck it in I had to leave,” Russell explains.

10TV reached out to Bar Louie on Park Street and a man, who identified himself as a manager, says restaurant policy dictates that excessive jewelry be tucked in.

When 10TV asked about whether or not the restaurant viewed it as a gang symbol, we were told to contact their parent company, the Fortney Company.

The Fortney Company did not return our calls Monday evening.

Russell says no one ever used the term, "excessive jewelry" to describe his necklace and says he's concerned that a cross is being banned.

“There was never mention that this was excessive jewelry.  I was specifically told that it was viewed as a gang sign and you either tuck it in or you leave.  If this is a gang sign, then I'm proud to be a part of it and this is just beyond ridiculous."