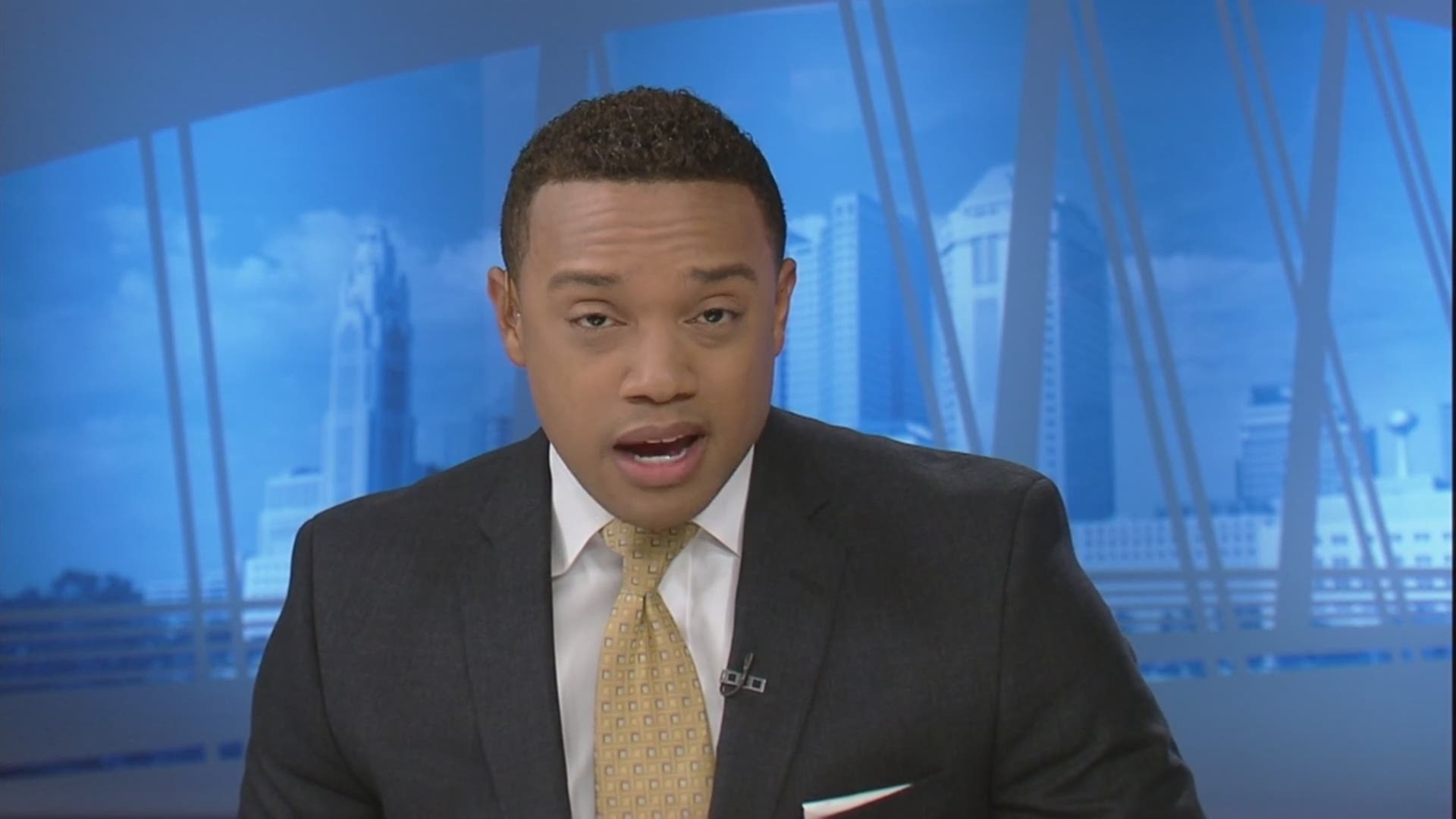 A work of fiction. A world of truths.

“It’s because I wanted to make a difference,” Christopher Stollar said.

With words from Stollar who, Sunday, sat in the middle of a Columbus roadway.

“We are in an alleyway right now,” he said

In the heart of his cause.

For three years Stollar researched human trafficking in central Ohio and Columbus. He interviewed survivors, social workers and rode along with law enforcement.

“A lot of people, unfortunately, think that sex trafficking, which is one of the largest criminal activities in the world, doesn’t happen in places here like Columbus,” he said.

And in places where he was sitting, Sunday, in an alley off Main Street, which he says is known for trafficking and prostitutes.

Stollar’s research led to The Black Lens. It’s a novel about a teenage girl and her sister forced into trafficking in a small American town. It also emphasizes the role technology plays in today’s cyber world, including pornography and sites like Snapchat and Backpage that can fuel the trafficking demand, according to Stollar.

“I wanted to write something that ultimately would be able to speak to those readers, the millions of readers that may not know about this topic, but would appreciate a good crime-thriller,” he said. “And, use that as a tool to shed light on this subject.”

And he believes it’s making a difference.

Stollar says former human trafficking victims are praising the book for its authenticity.

“To hear that kind of feedback from actual survivors - that it spoke to them…that has been the most encouraging part,” he said.

Stollar says trafficking will be a continuing problem until everyone gets involved to help.

“Every single one of us has got to do something to try and stop it,” Stollar said.

Stollar says he is donating 10 percent of profits from book sales to groups that fight trafficking. You can learn more about the book here.