A video showing the courage of an elementary school student has more than 120,000 views on YouTube. Get details from 10TV.com. 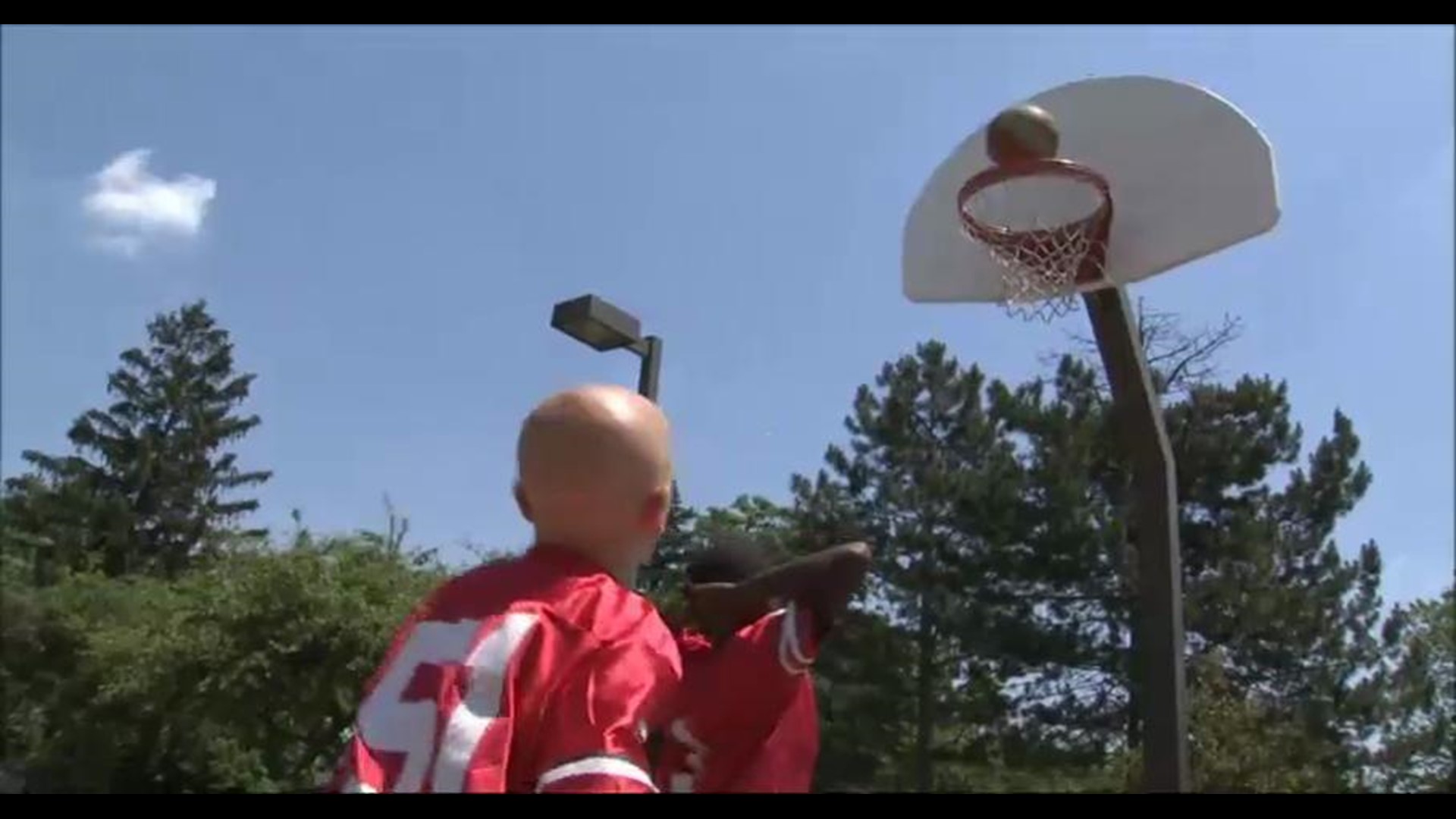 Matt Woodrum fell behind from the moment he began a 400-meter race at his elementary school.

The fifth-grader, whose legs are gnarled from the effects of cerebral palsy, could not keep up with his Colonial Hills Elementary classmates.

Instead of quitting the race, Woodrum pushed on, with the help of his classmates, some of whom took the option to sit out, 10TV’s Kurt Ludlow reported on Thursday.

Coach John Blaine approached Woodrum during the middle of his first of two laps.

“Matt does a lot of things that a lot of kids choose not to do,” Blaine said. “Matt’s a very tough kid.”

By the time Woodrum, who has a twin brother who also suffers with health issues, finished his first lap, the other racers had finished. He said he has never been a quitter.

“I just really wanted to get through the race,” Woodrum said.

Woodrum kept running, and dozens of his classmates began cheering him on and walking next to him.

Woodrum trudged on despite the pain, Ludlow reported.

Lane said that he took the option to sit out of the race.

Blaine said that there was a message for everyone in Woodrum’s accomplishment.

“So, when you see Matt choose to do it, even though it doesn’t feel good, that inspires us to look inside ourselves and say, ‘What else could we be doing that maybe we shied away from, because maybe we were a little bit scared,’” Blaine said.

Woodrum said that he was happy he finished his race.

A video of Woodrum’s accomplishment posted to YouTube has gone viral with more than 120,000 views as of Thursday evening, Ludlow reported.