Police say they did not use excessive force after a handcuffed man was slammed to the ground and knocked unconscious. 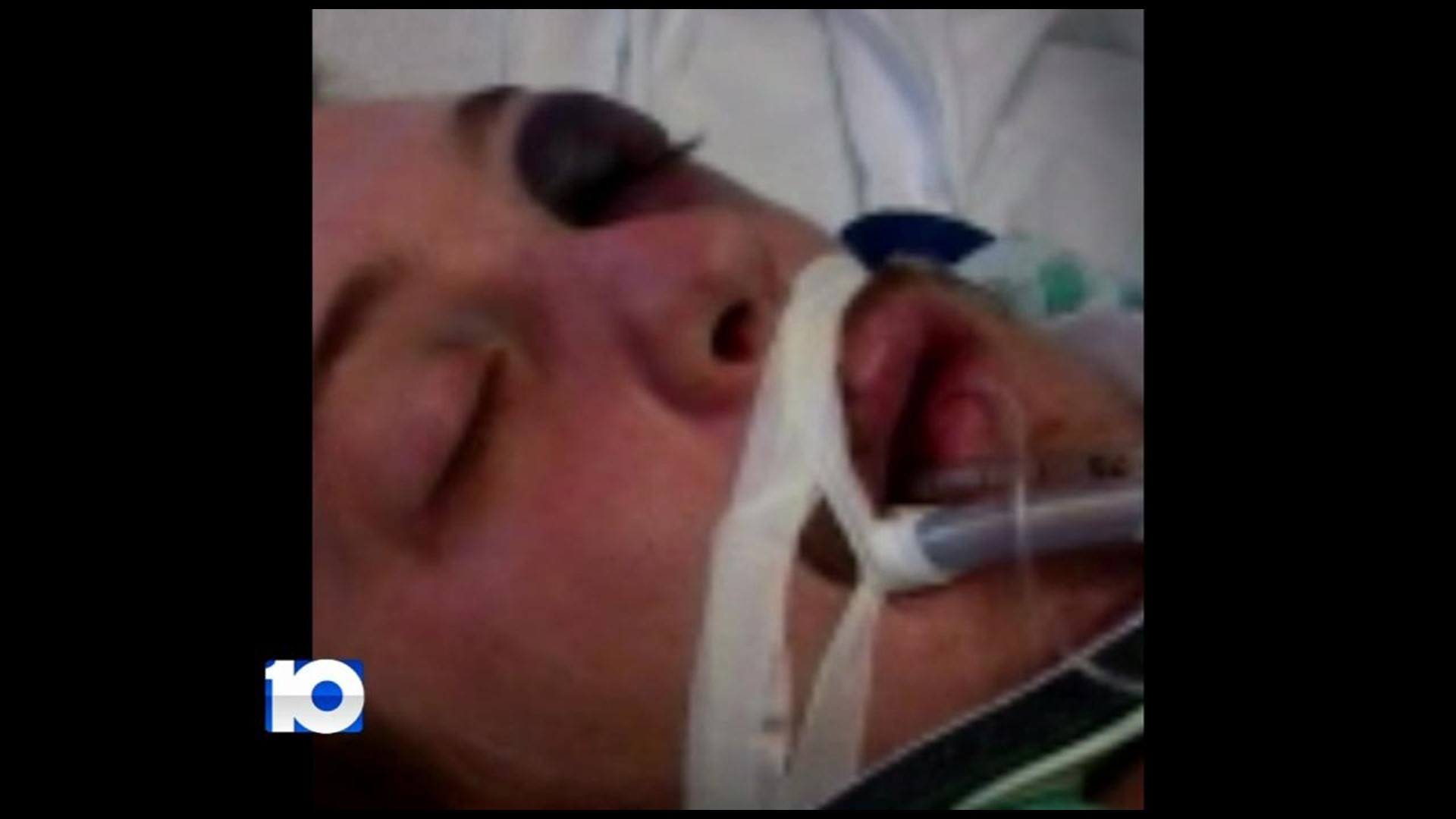 Video obtained by 10TV shows a handcuffed man slammed to the ground and knocked unconscious by a Chillicothe police officer.

But city officials say it's not excessive force.

Matt Mitchell was arrested early Saturday morning after an officer says he found Mitchell apparently drunk and urinating on a Downtown building.

Wednesday, 10tv showed you how Matt Mitchell's weekend encounter with Chillicothe police ended: with him unconscious, airlifted to a Columbus hospital.

Now we know how it began:  with a belligerent Mitchell cuffed in the back of a Chillicothe Police cruiser, swearing at the officer who arrested him, and the officer responding in kind.

Their exchange was captured on cruiser camera.

Mitchell: “Shut the (expletive) up. Nobody wants to talk to you.”

Officer: “Well then quit running your mouth and you won't have to hear mine.”

At the Ross County Jail, their taunting of each other continues.

Mitchell: “Let me get this (expletive) door. I mean, you want me to come out this door?”

Officer: “Bud, if you don't calm the (expletive) down, it's gonna go real bad for you."

Officer: “Get out of the car, (expletive).  Don't make me tell you twice. Now if not, I'm gonna (expletive) start dragging.”

Mitchell: “You grab ahold of me like you're (expletive) hardcore dude.”

The officer drags Mitchell to the booking area of the jail.

Mitchell: “You were dragging me”

Officer: “(Expletive) calm the (expletive) down or you're going on the ground.”

Mitchell “You were dragging me.”

Officer:  “What are you gonna do about it?”

Mitchell: “You won't quit dragging me.”

Officer: “What are you gonna do about it?”

A moment later, the officer, seen struggling with Mitchell’s handcuffs, slams him to the ground.

Officer: “I told you to quit (expletive) pulling away!"

A few seconds pass, and the officer seems to realize Mitchell is unconscious, and calls for an ambulance.

Officials say what the video doesn't show is that Mitchell had tangled the officer's hand in between his cuffs.

“…a subject that at this point is actively resisting and you're locked into that subject. And your ability to escape has been minimalized,” said Chillicothe Police Spokesman Officer Bud Lytle.  “And so therefore you have to take some type of other action to remove yourself or separate yourself from the subject."

Chillicothe’s Law Director admits the video isn’t pretty, but says what it shows, is within policy.

"The average person, they're going to be somewhat disturbed by how hard he's- that Mr. Mitchell is put on the ground,” said Sherri Rutherford. “But I think that in that circumstance, when you have someone that's fighting with you in a small area, we have to be concerned about officer safety."

Rutherford is satisfied the officer did not use excessive force, but 10TV asked whether his behavior met standards of professionalism.  She says that's for police to decide in their pending internal investigation.

Lytle was unable to tell 10TV where that investigation stands.

Wednesday, 10TV spoke to Mitchell about his version of events, which differ from what the video shows.