Cash was seen in social media videos strewn across both lanes of Interstate 5. 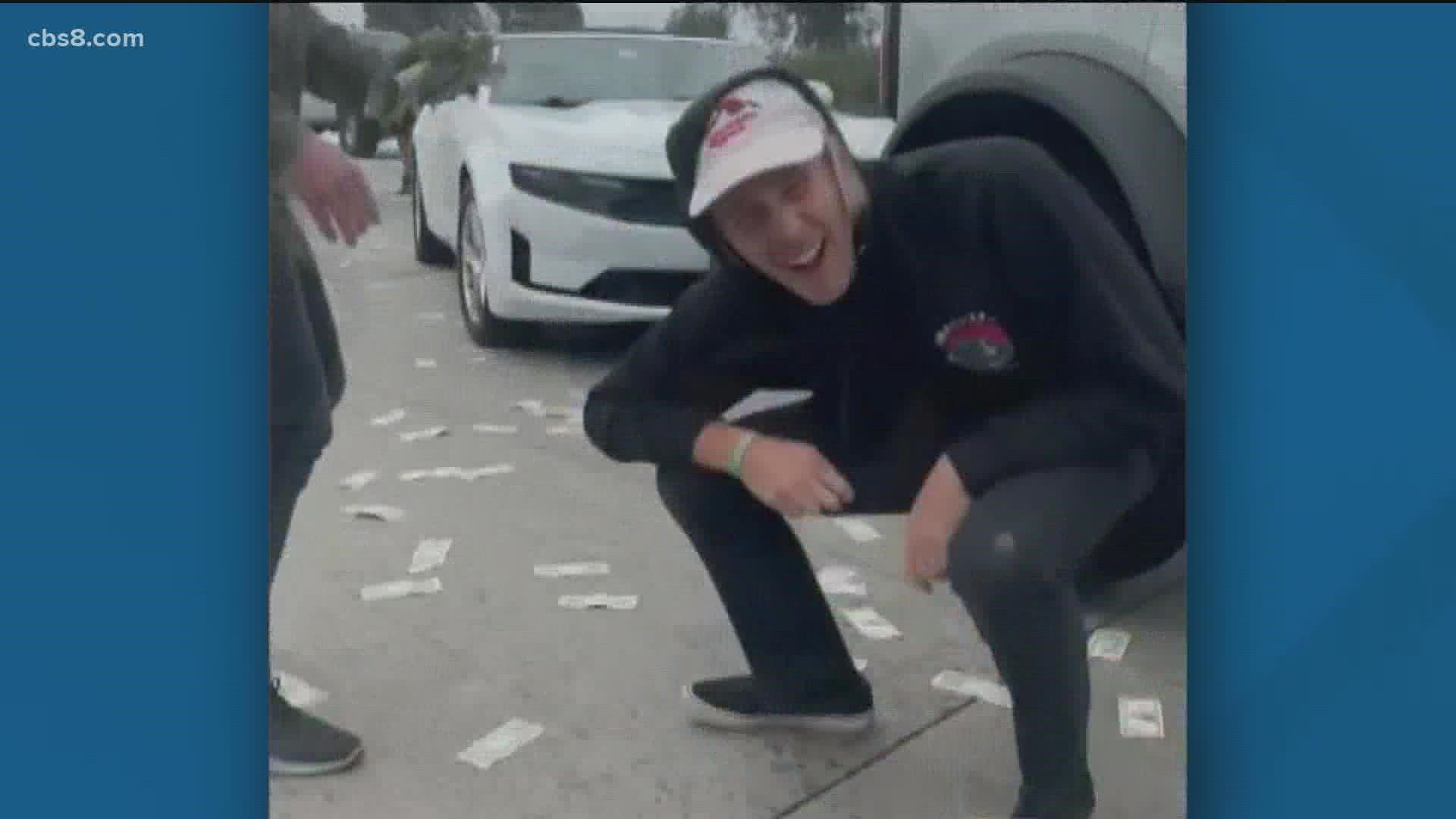 CARLSBAD, Calif. — An armored vehicle was in a minor traffic incident on northbound Interstate 5 near Tamarack Avenue in Carlsbad at 9:15 a.m. Friday. Shortly after the traffic incident, cash was seen on the northbound lanes and had drifted into the southbound lanes, according to the California Highway Patrol.

CHP spoke with News 8 about the incident and they said a door popped open on the armored truck and a number of bags of cash fell out of the truck and burst open. Authorities are urging anyone who picked up cash on the freeway to turn it into authorities at the CHP office in Vista.

"We're working with the FBI now, it's a joint investigation and if you have picked up any of the cash, I highly suggest you turn it in to the CHP office immediately because we do have a lot of evidence to follow up on," a CHP spokesman said.

At least two people were placed in handcuffs at the scene after locking their keys in their cars.

Videos on social media showed vehicles stopped on the freeway and people out on the road picking up cash.

Traffic was backed up in both directions due to the incident, but were opened in the area again shortly before 11 a.m., the Highway Patrol reported.

"The FBI responded in support of the California Highway Patrol, who has taken the lead on this matter.  We will defer questions about the investigation, arrests, and applicable charges to the CHP.  The public should provide all information regarding this incident and is directed to return all monies, to the CHP."