A growing number of Bishop Watterson students are gathering with signs outside of the Columbus Catholic Diocese. 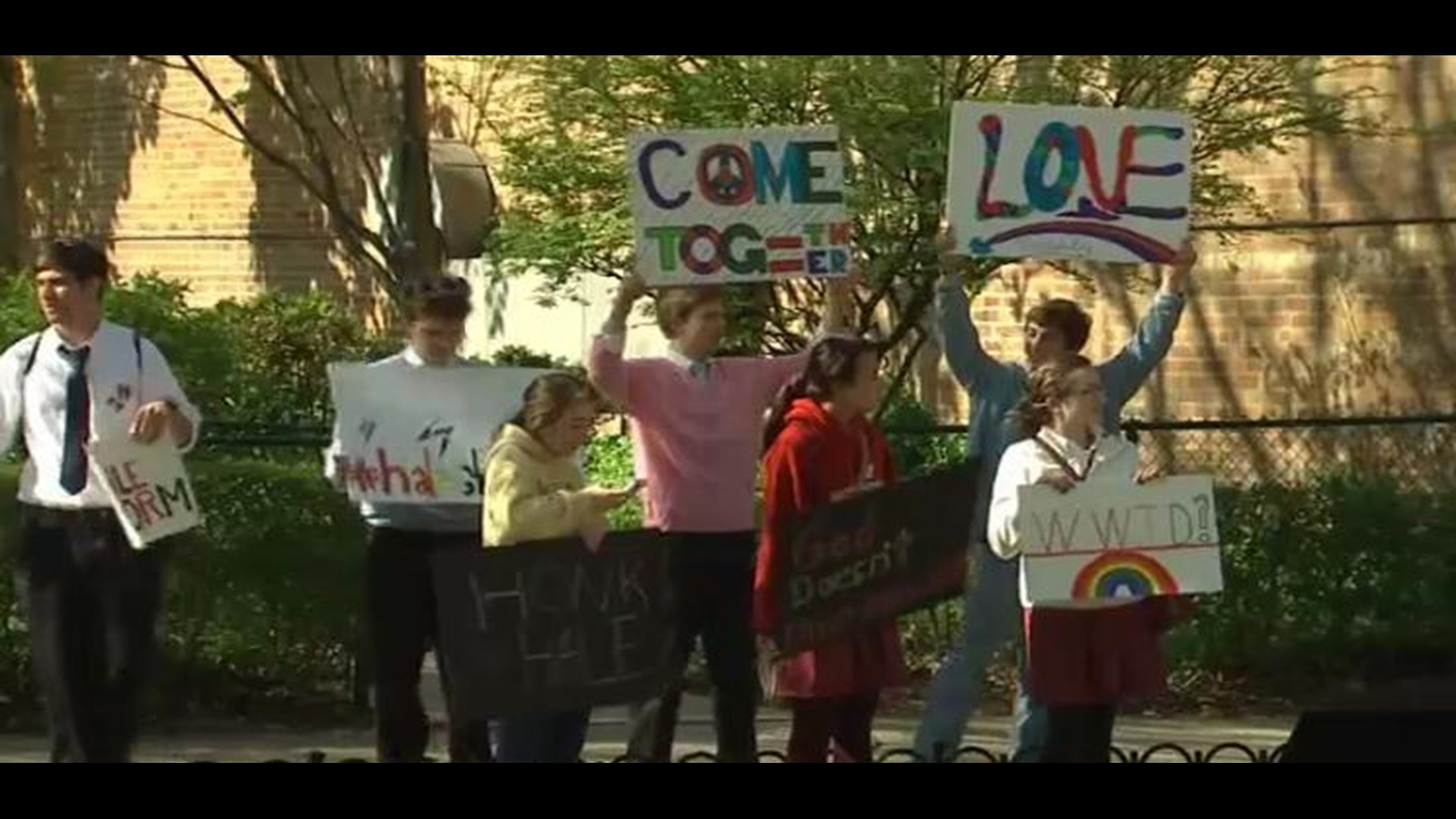 Bishop Watterson High School students held a protest on Friday outside of the Columbus Catholic Diocese on Friday.

#Halestorm is the Twitter handle representing the fight to get Carla Hale's job back.

Hale was fired when her mother's obituary identified her same-sex partner.

"We'd like to see her get her job back, but we are also just trying to send a message that we're here for everyone, everyone deserves equal rights," said Bishop Watterson senior Grant Stover.

The city of Columbus includes sexual orientation and gender identification in its non-discrimination protections, but as a religious school, Bishop Watterson High School is exempt under the law.

Across the street from the diocese, Rick Brunner’s windows carry a similar message - a sign that reads “We Love Carla Hale.”

He expressed his feelings on the school that his children proudly attended.

Senior Zac Simmons said it's the message of love, acceptance and tolerance that he learned at Bishop Watterson which brought him here.

"She would do anything for us, so we wanted to return the favor with trying to help get her job back," said Simmons.

Hale has filed a grievance with the teacher's union, while the Columbus diocese holds strong in its conviction.

"There's plenty of teachers who probably are divorced and remarried, who use birth control in their private lives," said Brunner. "This is another private matter. They could have just looked the other way."

Friday was a scheduled day off at Bishop Watterson, so the students were not skipping classes.