A group of protesters is questioning the timing of a new billboard promoting marriage between one man and one woman. Read more. 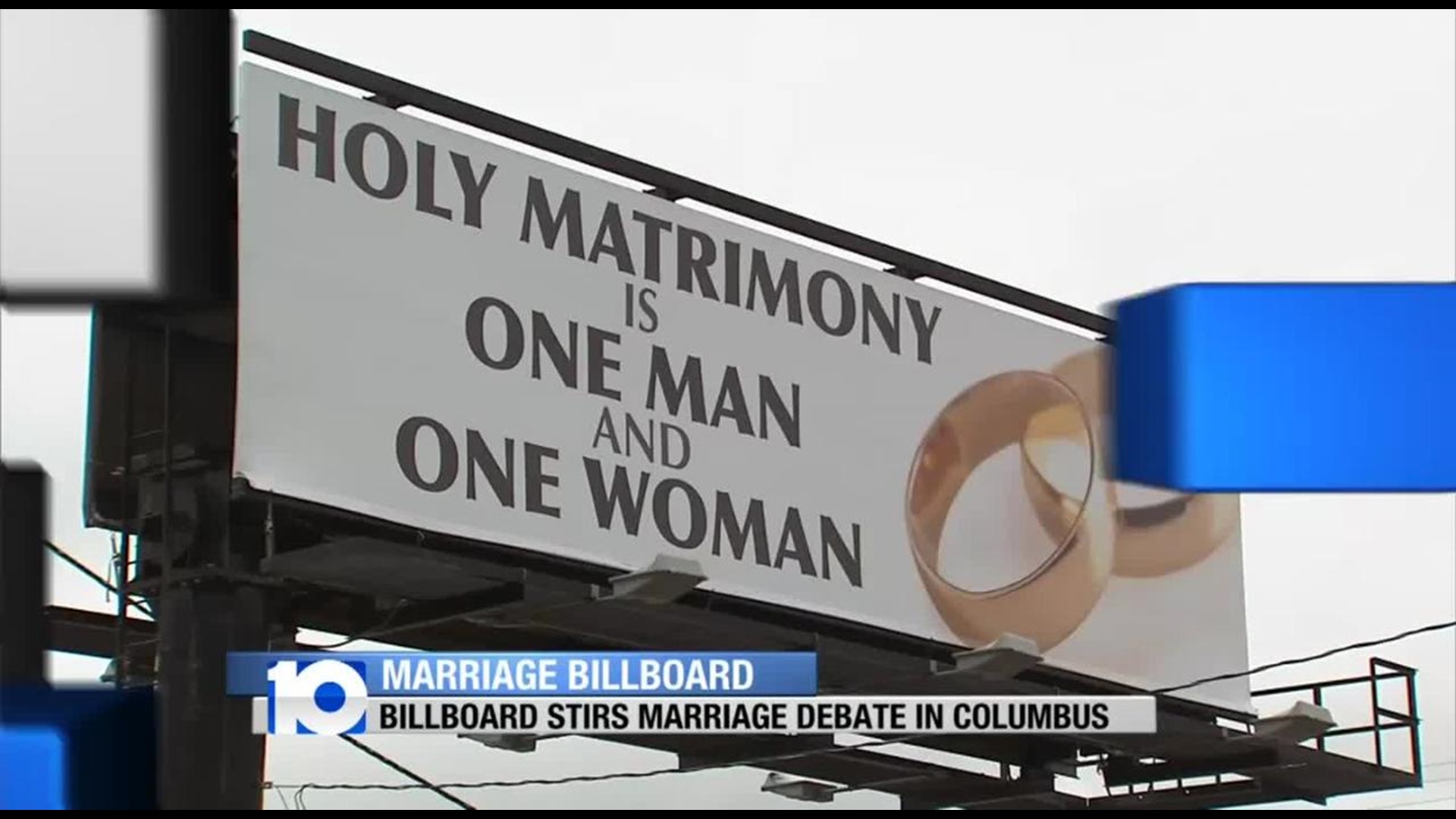 A new billboard that reads "holy matrimony is one man and one woman" now stands along Olentangy River Road and Riverview Drive.

On Sunday, a group of about two dozen same-sex couples gathered at the site.

They said they found the timing of the message suspect with the upcoming November election and the Sixth Circuit Court of Appeals currently debating the constitutionality of the same-sex marriage ban.

The group said they aren't protesting the idea that holy matrimony is between one man and one woman. They said that is largely defined by religion.

The protesters said they are fighting for marriage equality, which the group said has nothing to do with religion.

"We absolutely do not view this as an us versus them. We are not fighting against anything. We are fighting for our own equality," said the protest organizer, Tom Morgan.

The billboard does not state who paid for it or sponsored it.

Many group members said they called the company that owns the billboard, but they would not release the name of the person or company who purchased the advertising.

10TV also placed a call to the owner of the billboard, but the owner has not returned our call for comment.