Go on a hunt deep into the woods as trackers converge on a small Ohio town in hopes of dispelling a myth. 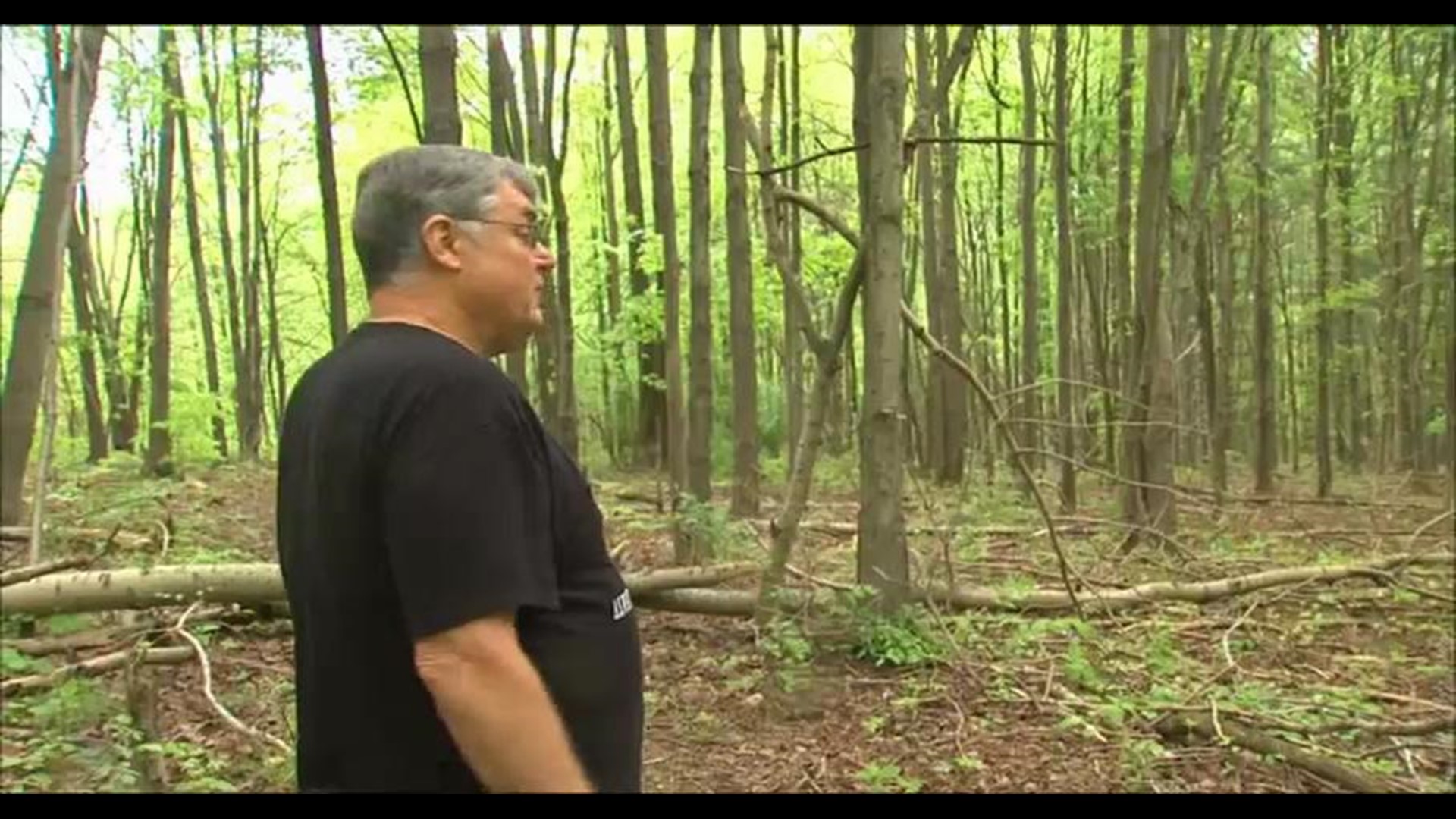 A group of researchers claim that Bigfoot is real, and say there are have been sightings of the creature in Ohio.

There have been reported encounters to footprints to possible DNA.

There is now even a cable television show dedicated to communicating and finding the creature.

Bigfoot believers, like Doug Waller, say that the evidence speaks for itself.  He recently took part in a hunt for Bigfoot, near Salt Lake State Park in Guernsey County.

“These things don’t really want to be discovered,” Waller said.  “They lived here before the park was built.  This is their home.”

While some would argue that the large creatures only prowl the terrain in the Pacific Northwest, Waller said that Bigfoot has been sighted on dozens of occasions in Ohio.

Gayle Veselenak is convinced that there is a Bigfoot out there and that it is capable of communicating.

“We’ll wait and listen and sometimes you’ll get a response back,” Veselenak said.

She and her son, Matt, used a bat to communicate with the creature.

“There’s something that has to be in here for everybody to hear these noises and have all these people say that they’ve seen him or heard him,” Matt Veselenak said.  “There’s got to be something in these woods.”

Scientists have said that eyewitnesses have only presented circumstantial evidence over the years that make it impossible to confirm whether there really is a Bigfoot out there.

Some swear that an audio recording known as the “Ohio Howl” presents evidence that Bigfoot is real.  A barking dog is heard in the recording and then a siren-like moan is audible, Barry reported.

The recording that was made in Columbiana County, Ohio, was the first documented recording of what is believed to be coming from a large, male Sasquatch.

Residents said that the howls can be heard late at night, echoing off hills on both sides of the Ohio River.

“We’ve heard vocalizations come back at us,” Gayle Veselenak said.  “It’s very eerie because you’re out in the woods in the middle of the night.  The only light you have is your flashlight – that’s the only thing you can see – everything else is completely dark so you don’t know what direction anything is going to happen in.”

Perhaps the most well-known documented video of Bigfoot is the Patterson-Gimlin footage that was shot in 1967, Barry reported.

Peter Byrne, a veteran Bigfoot tracker disagrees with the notion that the video is a hoax.

“We think that footage is real,” Byrne said.  “We really think so.”

Byrne, an Ireland native, is renowned for his abilities to raise millions of dollars in the name of Bigfoot research.  He recently made a guest appearance in Cambridge for a Bigfoot conference that attracted nearly 600 believers.

Byrne said that having hundreds of attendees is proof that skepticism is diminishing.  He is hopeful that one day concrete evidence proves his theory is true.

“A lot of famous big footers have died and still have not had sightings,” Waller said.

The most recent reported Bigfoot sighting was reported in April in Mount Orab, Ohio, where someone spotted the creature near railroad tracks.

In the last 12 months In Ohio, there have been dozens of Bigfoot sightings and footprints found, Barry reported.

What 10TV News and refresh 10TV.com for more information.