Baristas behind bars: How a prison coffee shop is helping inmates turn a new leaf

Opportunity can show up in the most unexpected places. What appears to be hopeless can turn promising with the right ingredients. 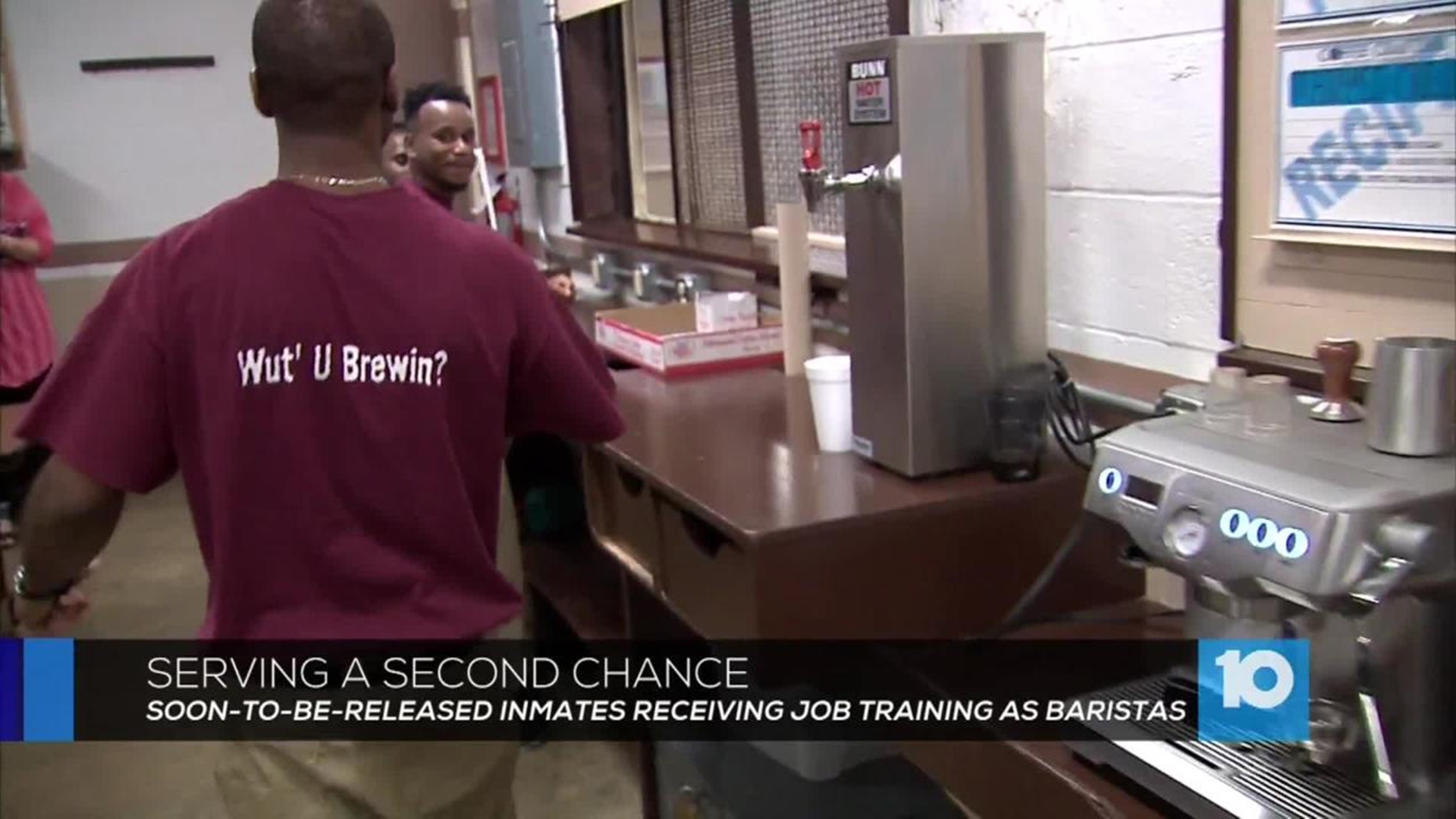 The hustle and bustle of a coffee shop is where customers step to the counter for a fix of caffeine or an iced drink. But this is no Starbucks and these aren't your average baristas. This is a cafe is inside Marion Correctional Institution, a medium-security state prison about an hour north of Columbus.

Michelle Reynolds, a Columbus entrepreneur, created Coffee Crafters two years ago as a way to give soon-to-be released inmates a skill that could lead to a steady job.

“Not only do we provide workforce training and industry recognized food certification and barista certificates, we also we hire on the outside,” Reynolds explains.

“Every time I got out, I ended up going back to the same ways,” says inmate Guy Banks. “Now, I figure if I don't do something different while I’m in here, I’m going to end up doing the same thing.”

An eight-week course teaches the men how to roast, grind and brew gourmet beverages.

“It's an awesome experience,” says Demetrius Strowder, who has a year left on a felonious assault conviction. “Learning new things daily and understanding the history of coffee is amazing."

Another inmate, Anthony Corrao, has 14 months left for theft, burglary and aggravated robbery and says he’s taking advantage of the program so he won’t be coming back to prison.

The coffee shop is open three times a day and serves up a variety of drinks and smoothies. Inmates can come up there and get what they want. There’s also a mobile unit that works outside this operation.

Inmates hand-built a mobile coffee cart for serving beverages to staff and prison visitors. Upon their release, the inmates can work out a deal with Michelle Reynolds to lease or purchase a coffee cart and start their own business.

“You have to give them tangible skill sets, that not only applies to what we're doing inside the prison but when they get out to the community, what that looks like and transition with skill sets that honestly don't bring them back."

So far, 30 inmates have graduated from Coffee Crafters. Jamar Foster, serving a sentence for drug crimes, is one of them. He'll be released in August and wants to be the “smoothie king” of east Cleveland.


“I hadn't been introduced to anything like this in my neighborhood. So if I could be the first one to bring it back, it would give me a sense of pride, to be able to contribute something more to my community,” he adds.


These inmates-turned-baristas get offered jobs on the outside by the Coffee Crafters organization. A similar program is up and running at the Marysville Reformatory for Women. The goal is to have these coffee academies in all 27 state prisons over the next couple of years.