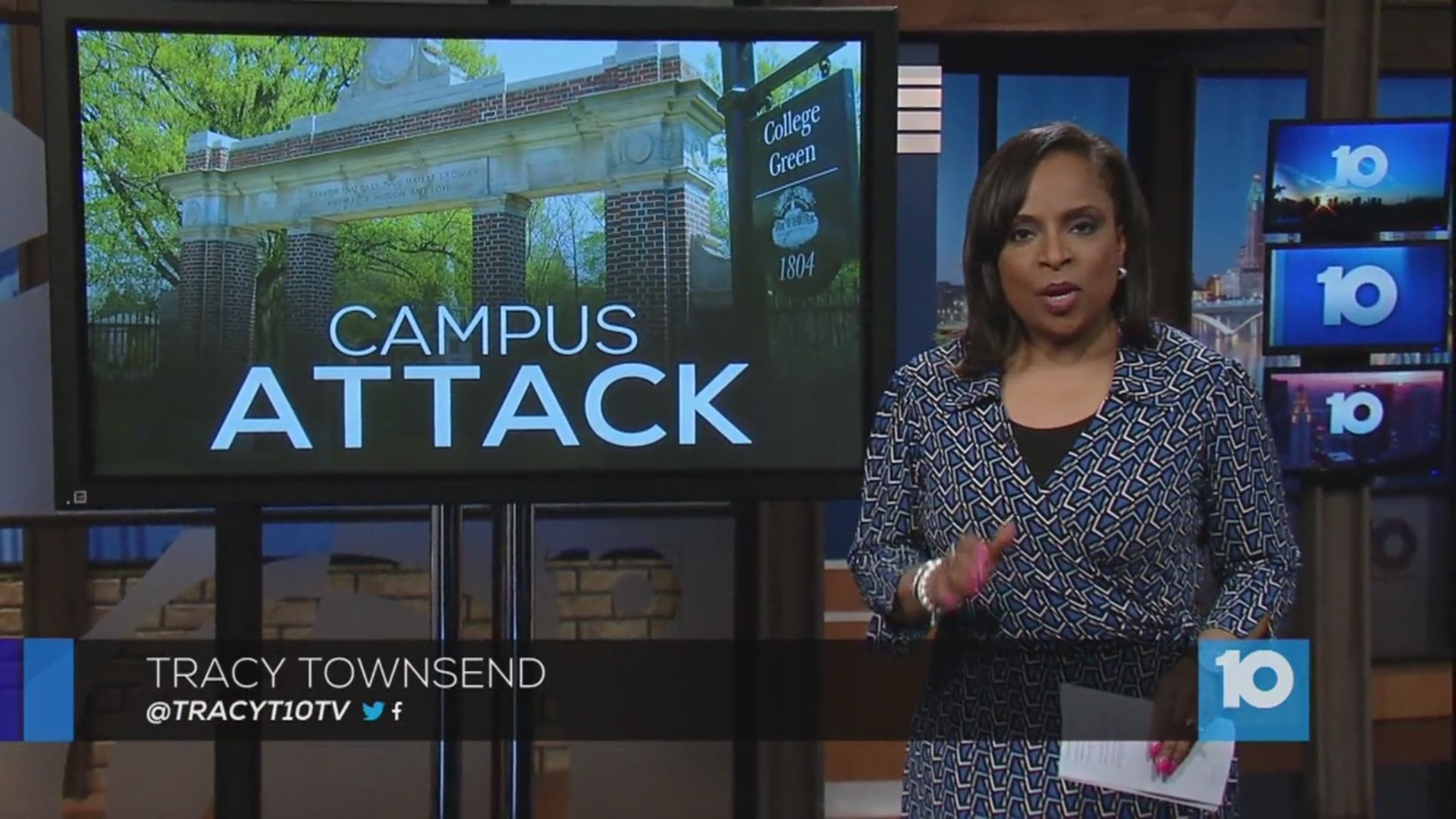 Investigators tell 10TV the situation could have been worse, but a local gun store owner is being credited for the outcome.

Officers say 25-year-old James Howard entered the arena and forced his way into the Assistant Hockey Coach’s office, while attempting to hit him.

The Hocking County Sheriff’s Office received a call from a Logan gun store owner Monday afternoon about a man acting strange and trying to buy a gun from his store, Downs Bait and Guns.

John Downs says he talks to everyone who comes into his store, especially customers who stand out.

"The look on his face, his eyes. I just knew something was wrong,” Downs said.

Howard passed a background check, but after talking to him some more the store owner had a bad feeling.

"I said ‘I can't sell you the gun. I said I got a bad feeling about this, and I'm not going to sell it to you,’” Downs said.

OUPD says Howard told a friend he was going to buy a gun. The former OU student drove 30 minutes north to Downs Bait and Guns.

"No I don't need to make that sale. That little bit of money is not worth the headaches,” Downs said.

Downs says he chose safety over a sale and he would do it again.

Howard was taken into custody Monday and transported to the Southeast Ohio Regional Jail and is being held on bond.

Police say the 25 year old has a known history of mental health and was involuntarily admitted to a mental health facility previously.

Howard has been charged with burglary and weapons under a disability.

The Hocking County Sheriff's Office says they believe Downs stopped what could have been a tragic outcome. The office says it could add more charges to the incident at a later date.