Amputee’s Recovery Process Leads Him To The Arnold 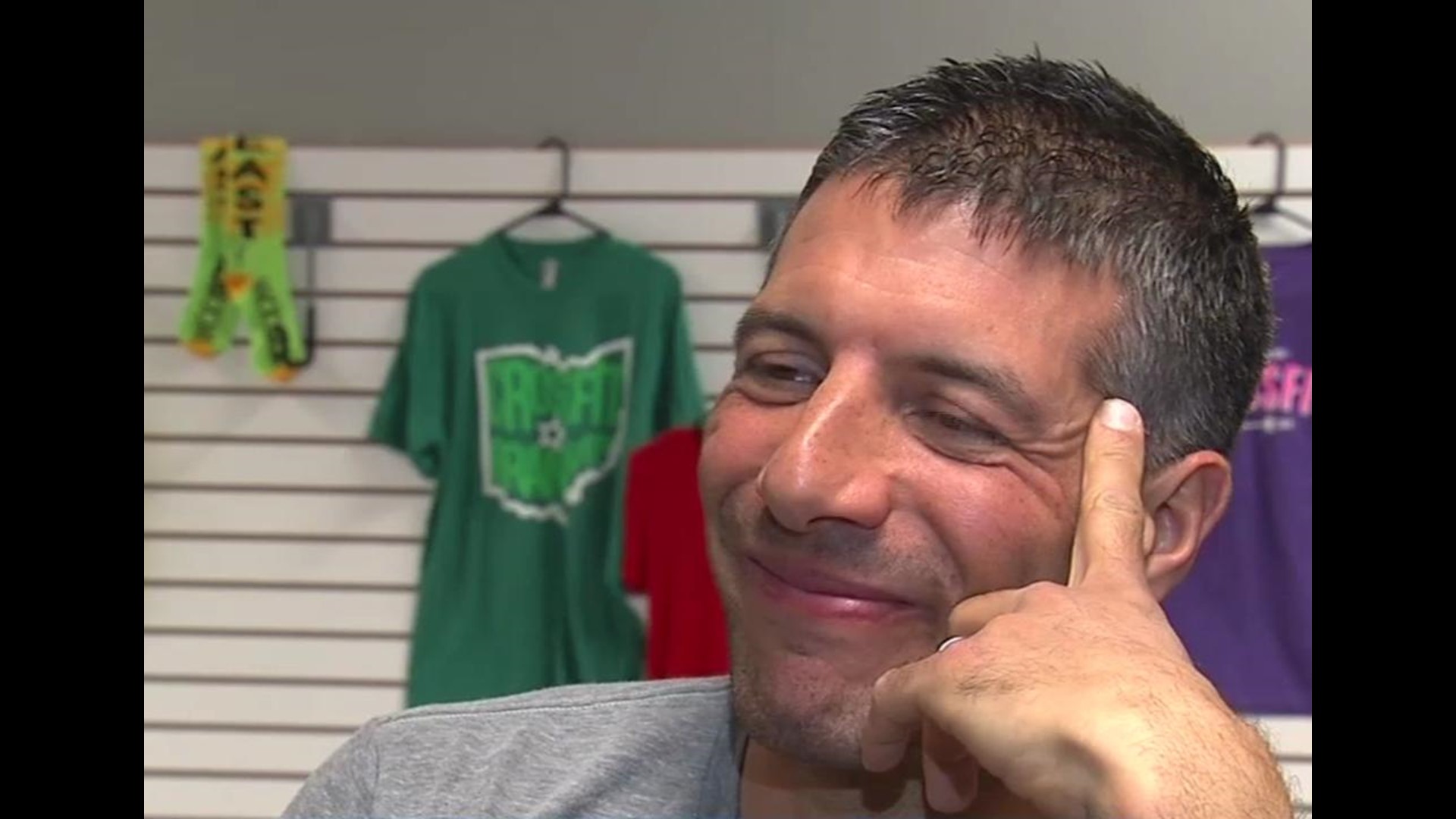 Watch him work out and you know Anthony Torres is made of tough stuff.

He has a good attitude, despite an accident that left him with a life-changing injury.

"Option A," he says, was to keep having surgeries, prolonging pain and recovery.

"Option B is we amputate and you go back to doing 98% of everything you did before. It was an easy decision" he says.

From the get-go, Anthony knew he wanted to return to his job as a Mifflin Township firefighter.  He said it, and he did it.

It wasn't easy.  He had to learn to work with his new prosthetic device.

In the time since he lost his leg below the knee, Anthony also became a dad.  His daughter's name is Mila.  "She is amazing, amazing.  Marriage is awesome.  Life is just so good," says Torres.

This weekend, it gets even more interesting.

CrossFit training in Grand View has been part of Torres' road to recovery.

So when he read a Facebook friend was putting together a team of amputees, he messaged his interest.

Torres was told he made the team and would be competing in the Arnold next week.

Anthony says the team of three men and three women is called, "Some Assembly Required".

He will compete against dozens of full- bodied teams at the same level of difficulty.  The goal is simple:

"To show people we can do this, there's nothing different about us.  We're adaptive athletes," Torres says.

"He will call himself an adaptive athlete, but he's an amazing athlete,"  says Geoff Omiatek, a physical therapist, who's helped Torres get back on his feet.

Torres says he couldn't have done it alone.  And he won't go it alone at the Arnold either.  His family and friends will be in his cheering section.

"It's been exciting to see how much he's achieved and how much he continues to achieve," says Omiatek.

"To be honest with you, I don't know the one percent I can't do.  I haven't found it yet," says Torres.

And the message he wants to send to people watching the CrossFit competition at the Arnold?

"I really want to show other amputees they can do this.  Life's not over."