Linemen with American Electric Power, AEP, will be taking to the skies in Central Ohio. 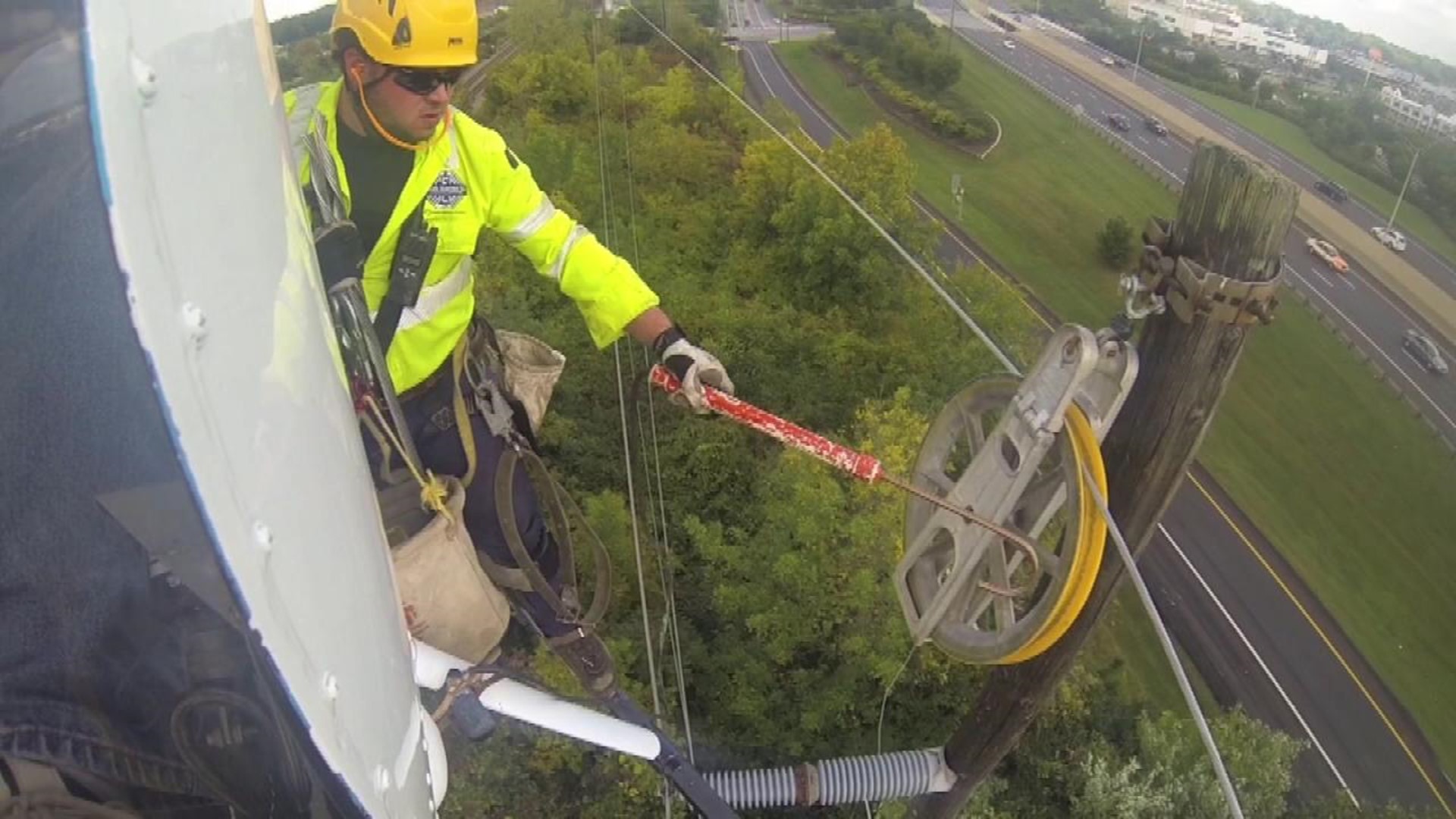 Linemen with American Electric Power, AEP, will be taking to the skies.

Beginning on Monday, February 24, workers will be using helicopters to install transmission lines in the Dublin area.

An AEP Spokesperson said the company has used helicopters to view and maintain lines, and also for construction and tree trimming, but never before have they been used in central Ohio to install transmission lines.

Jerome Township resident, Suzie Feasel, said she heard about the project, but didn’t know that it was finally happening.

AEP said employees will be installing 10 miles of transmission lines. The project will extend through Dublin and into portions of Jerome Township in Union County, Washington Township in Franklin County and Liberty and Concord Townships in Delaware County.

AEP said it will actually be installed on the vacant arm of existing structures.

AEP Spokesperson Terri Flora said, “Because it's an existing structure, we are not going in there and putting in new poles new towers, we are using an open space on an existing truck, to get there it is difficult using trucks. It’s inaccessible that way, so we are actually using helicopters.”

AEP video shows how the work will be done:  Equipment will be lowered first; the helicopter will then lower a line worker onto the structure. After equipment is mounted to the towers, a rope will be then be pulled from tower to tower. AEP is urging the public to stay away from areas where crews are working.

“It's sort of like a wreck on the side of the road: People want to slow down and see it, and it is fascinating, but we ask that they use caution,” Flora said.

AEP says this project is needed to keep up with the development in the Dublin area.

Work on the project is expected to continue through May.