After the pro-life group Created Equal made a couple of visits to the Otterbein campus this fall, some students began to wonder why the group could bring its graphic displays of aborted fetuses to the private campus. 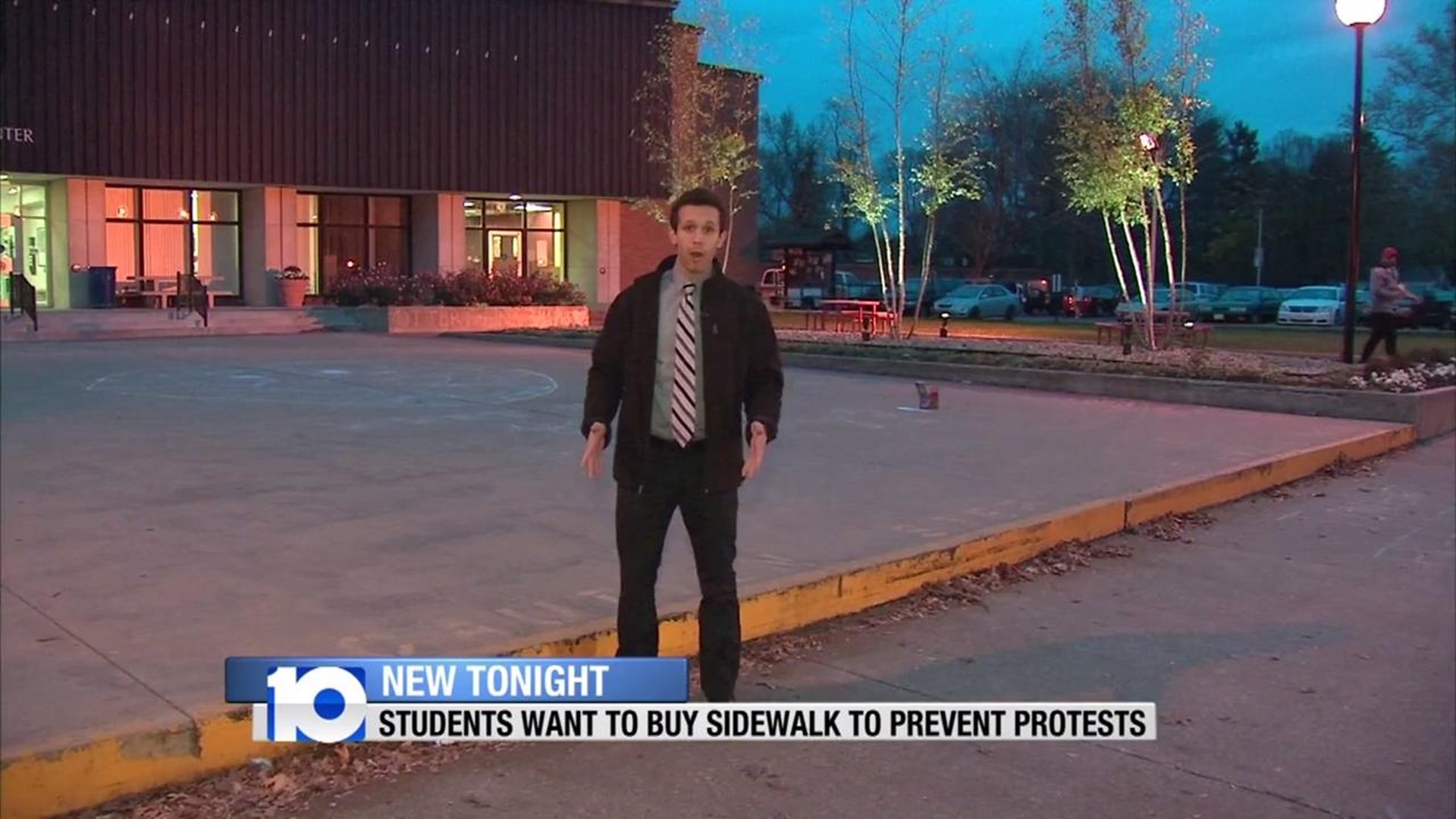 On the heels of Ohio lawmakers approving a bill to defund Planned Parenthood, a different type of abortion debate is taking place on the campus of Otterbein University.

Some say a new effort to block graphic abortion protests goes too far.

After the pro-life group Created Equal made a couple of visits to the Otterbein campus this fall, some students began to wonder why the group could bring its graphic displays of aborted fetuses to the private campus.

Created Equal set up its demonstration in front of the Campus Center, a place where students go to gather and eat.

"It hindered students on their way to use facilities at the Campus Center. It made them feel unsafe,” student senator Jude Burnside said.

The problem for students opposed to groups protesting at the Campus Center location is that the sidewalk in front is public property owned by the city of Westerville. That means any group can protest there right in the middle of campus.

"We go to the public sidewalk which is available for us to express our free speech rights,” Created Equal’s executive director Mark Harrington said.

But what if the sidewalk became unavailable for demonstrations by becoming private property?

That is what Burnside proposed to student government--buy the sidewalk from the city.

"By purchasing the sidewalk space, we are only trying to move the protests--not stop them,” Burnside said.

But the city of Westerville says the sidewalks aren't for sale.

"Public sidewalks are public infrastructure and generally they don't go up for sale the same way private property would or a house might go up for sale,” said Christa Dickey, community affairs administrator for the city of Westerville.

“In evaluation of the proposal the committee determined that while the intent of the proposal addressed a pertinent issue among our students, in action the proposal did not align with our values of diversity and commitment to campus dialogue of opposing views,” student government president Carrie Coisman said.

Harrington says even if Created Equal didn't have the option of sidewalks, the group would still get its message out.

"The more they try to censor us--bed sheets, knocking over signs, trying to purchase a public sidewalk--it's not going to deter us,” he said.

Coisman says she respects Created Equal’s right to free speech. She just wishes they would take their demonstration to a part of campus away from the Campus Center and residence halls.

Otterbein University offered the following statement regarding the issue:

“We respect the rights of any group who wishes to share and express their opinions on public property and encourage our students to either engage in debate; ignore it; or learn the process that takes place between debates and protesting.”