Katherine Messer says the bullet nearly hit her heart, and she's lucky to be alive. 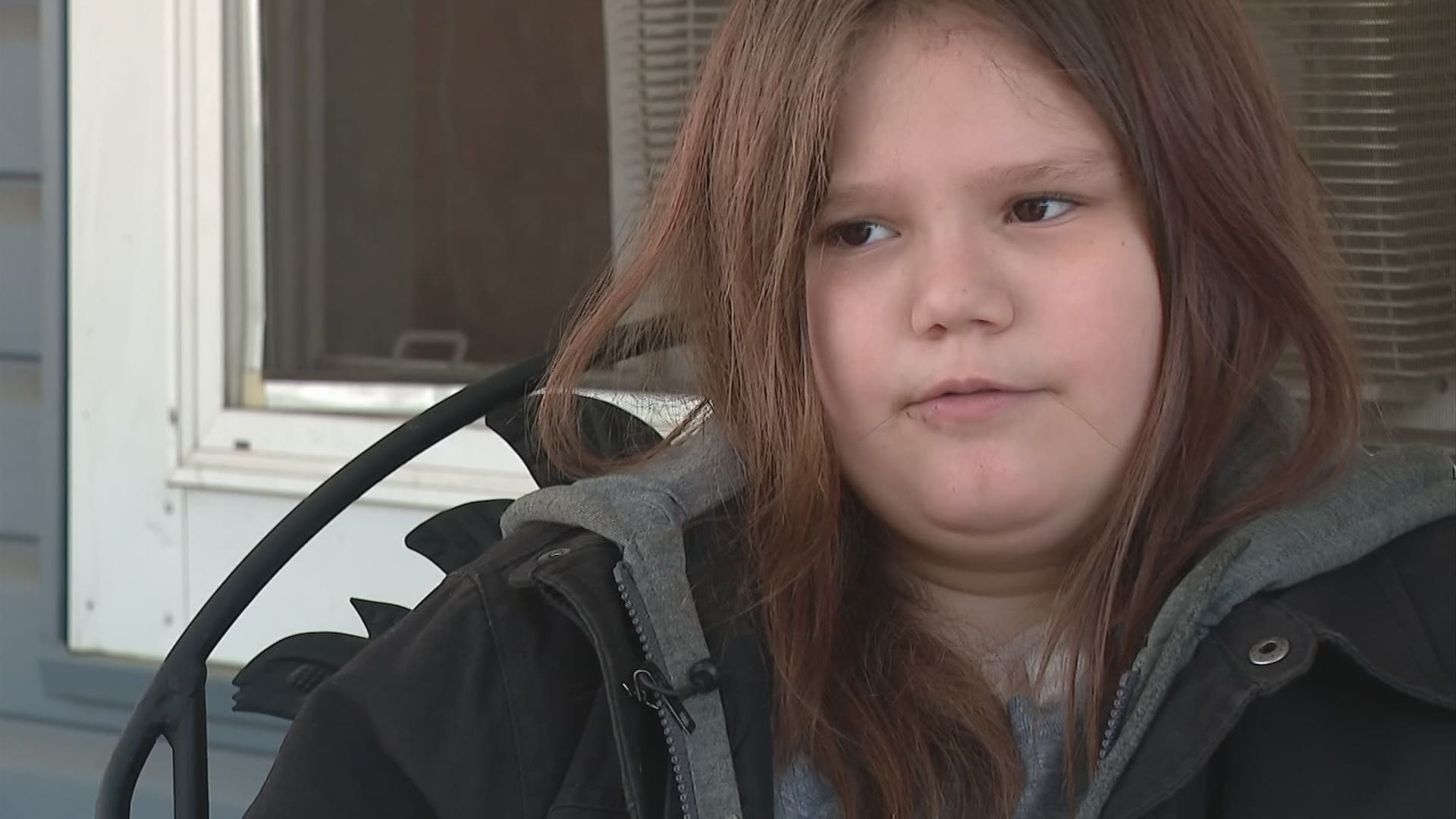 COLUMBUS, Ohio — Katherine Messer, the 9-year-old who was shot in what Columbus police are calling a crossfire, says she will be alright.

She said doctors didn’t take the bullet out of her because it hit three inches from her heart.

“I can’t really move my arm. And if I do it hurts,” said Messer.

Messer told 10TV she remembers setting up for a friend’s birthday party on Wednesday. She was headed to check on her father next door and went into the kitchen to grab her shoes. That's when she remembers hearing what she described as fireworks or gunshots.

“I just felt something hit me. I started crying because I asked my friend’s dad if I got hit because I was wearing a tank top,” said Messer.

Her mother, Katherine Bocook, said her heart almost stopped when she got the call about her daughter.

“I was at work not even an hour. And now I can’t even go to work without having to have fear of my kids, or my husband or my mother being shot… just by sitting in their own home,” said Bocook.

Bocook says doctors say the bullet could either push itself out on its own, or disintegrate over time.

She’s just relieved that her daughter can see her next birthday.

“She’s still here…I’m thankful for that. I know now to hold her even closer,” said Bocook.

Messer said she’ll have to go back to the doctor.

Despite what happened, the 9-year-old showed compassion for the suspected shooter.

Surveillance video from the family's house shows a man riding a bike, circling around a corner, and shooting in the direction of several people.

“I would also feel bad for him… to see if God could bless him and get their self together,” said Messer.

Police have not released any information about a potential suspect.