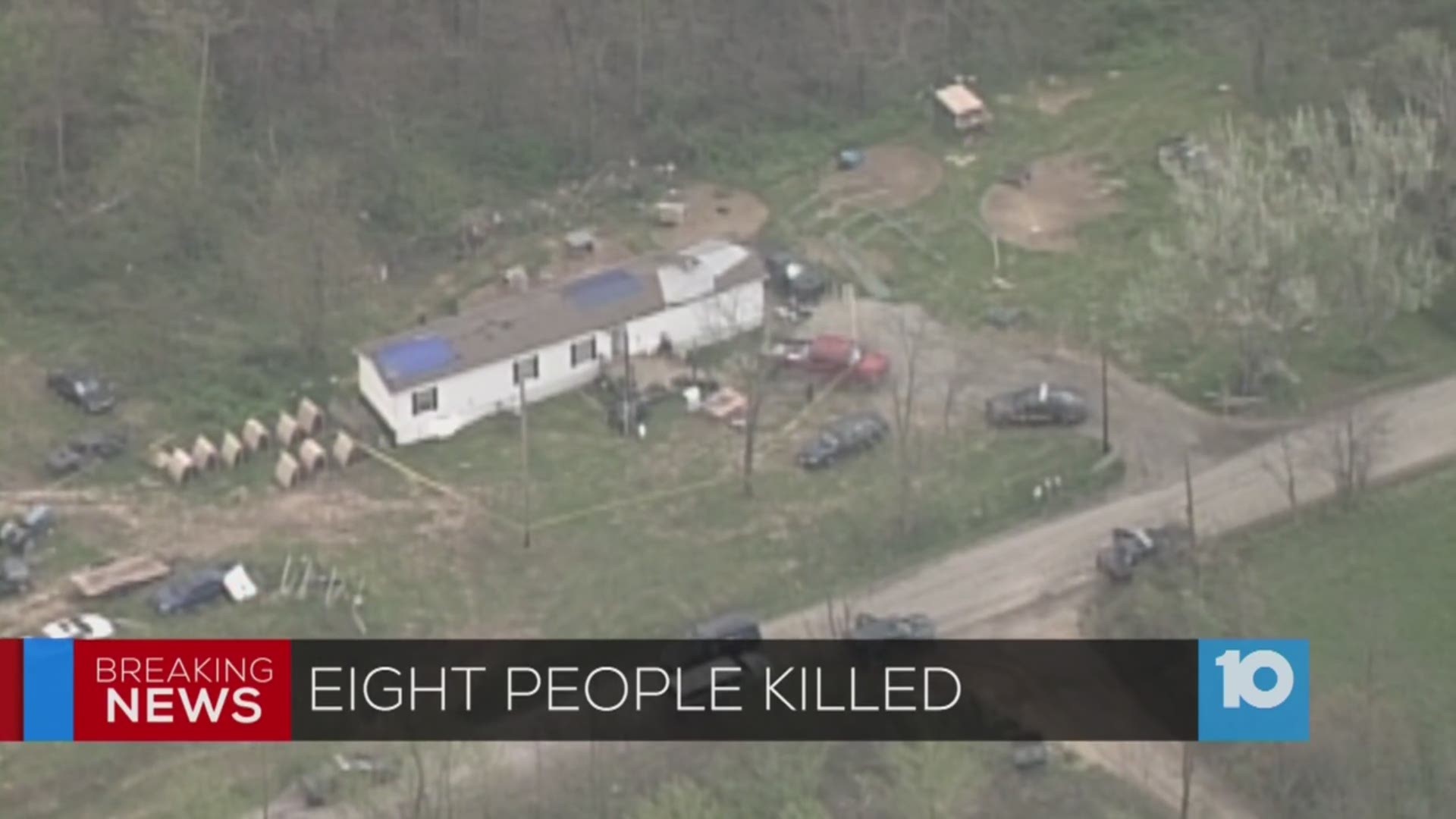 A killer may be on the run in Pike County after eight family members were found shot in the head “execution style” Friday.

According to Pike County Sheriff Charles Reader, seven adults and one teenager were found dead in four homes in the county. Three children, all under the age of three including a newborn, survived.

Seven of the victims were found inside three homes on Union Hill Road. The eighth family member was found dead at a residence several miles away on Left Fork Road.

The victims were identified as members of the Rhoden family.

Ohio Attorney General Mike DeWine said the preliminary investigation reveals that none of the victims killed themselves.

Sheriff Reader said if the shooter or shooters are at large, they should be considered armed and extremely dangerous.

"There may be more than one, there may be three. We just don't know at this point,” DeWine said.

DeWine added that some of the victims were shot while in bed including a mother with her newborn baby next to her.

"It's heartbreaking," DeWine said. "The one mom was killed in her bed with the 4-day-old right there."

Authorities said a motive isn’t clear at this time, but Sheriff Reader said he suspects the Rhoden family may have been targeted due to the fourth crime scene being a distance away.

Sheriff Reader urged other Rhoden family members to take precautions and advised all residents to stay inside and lock their doors.

"This really is a question of public safety, and particularly for any of the Rhoden family," DeWine said.

Authorities didn't release any information on whether there were multiple weapons used or whether anything was missing from the homes.

Friday night, Sheriff Reader announced that no additional victims or crime scenes have been found. DeWine added that authorities have interviewed more than 30 people.

Gov. John Kasich, campaigning in Pennsylvania for his Republican presidential bid, said his office was monitoring the situation in Pike County.

The FBI in Cincinnati also said it was closely monitoring the situation and has offered assistance to the Pike County sheriff's office if needed.