Nearly a dozen people are in custody and 45 dogs seized following a major bust of a extensive dog fighting ring. 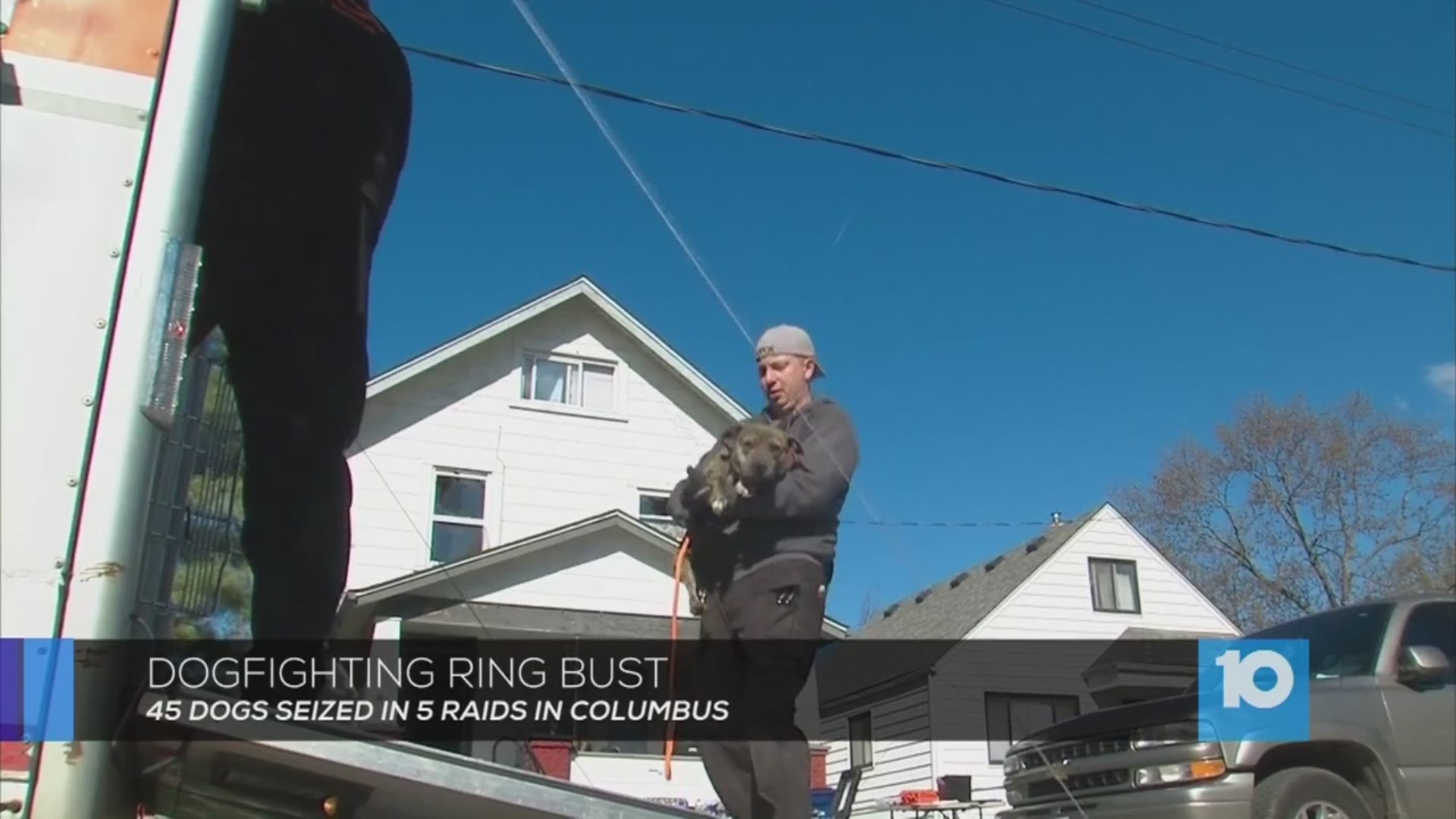 Nearly a dozen people are in custody following a bust of a major dogfighting ring.

Columbus police, Franklin County Sheriff's Office and the FBI all took part in the early morning raids targeting five locations across Columbus allegedly involved in dogfighting.  The morning raids included four homes in west Columbus and one on the city's east side.

On Hague Avenue, a SWAT team used flash grenades to enter a duplex around 7:00 a.m.  Two people were taken into custody and one pit bull was removed from the duplex.

On Sullivant Avenue, several dogs were witnessed tied up with thick chains in circular pens in the backyard of the home.  There, authorities took four people into custody.

In all, 45 dogs were seized in the five raids.  Authorities say they will be cared for at a secret location. The ASPCA was also on scene to assist in the removal of the animals from the homes.

The Capital Area Humane Society says the dogfighting operation was the largest the organziation has ever seen.

PHOTOS: View pictures from the raids

Columbus police tell 10TV the alleged ringleader of the fighting operation is connected to all five locations raided on Tuesday.  The suspect, who has not been named, may also be linked to a nationwide dogfighting ring.

According to the Humane Society, injuries inflicted and sustained by dogs participating in dogfights are frequently severe, even fatal. The American pit bull terrier-type dogs used in the majority of these fights have been specifically bred and trained for fighting and are unrelenting in their attempts to overcome their opponents. With their extremely powerful jaws, they are able to inflict severe bruising, deep puncture wounds, and broken bones.

If you know an animal that has been abandoned, neglected or mistreated, call the Capital Area Humane Society at (614) 777-7387 ext. 250 to reach confidential voicemail. Provide the street address and zip code where the animal is located and a return phone number.