Two law enforcement officials are injured while riding motorcycles as part of a motorcade escort for First Lady Michelle Obama. Click on the headline to read the story and watch 10TV News. 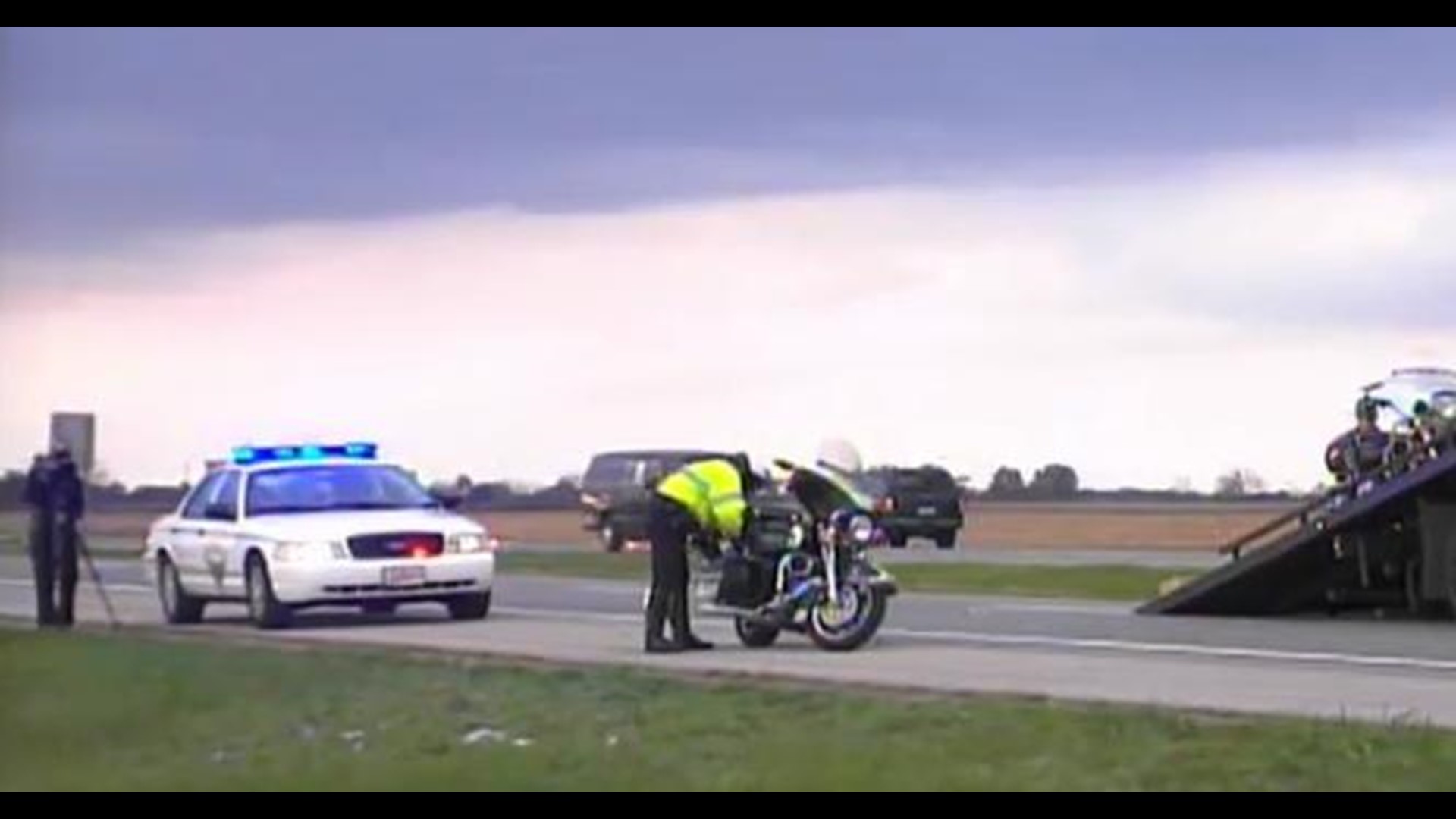 Two law enforcement officials were injured in a crash while part of a motorcade escort for First Lady Michelle Obama on Monday.

According to the Delaware County Sheriff's Office, the motorcycles crashed  at about 4:15 p.m. along U.S. Route 36/ state Route 37 and South Old State Road.

It was unknown if the motorcyclists collided or were struck by another vehicle.

One Genoa Township police officer and one Ohio State Highway Patrol trooper were transported to Grant Medical Center in Columbus with unknown injuries.

Michelle Obama spoke at about 2:45 p.m. at Ohio Wesleyan University in Delaware.

Obama was not injured in the crash, and her motorcade continued on after the crash.

Stay with 10TV News and refresh 10TV>com for more information.