2 Killed In Crash Involving Multiple Semis, Vehicles On I-70

A serious crash was reported on eastbound I-70 near Hillard-Rome Road Wednesday morning. Find out the latest. 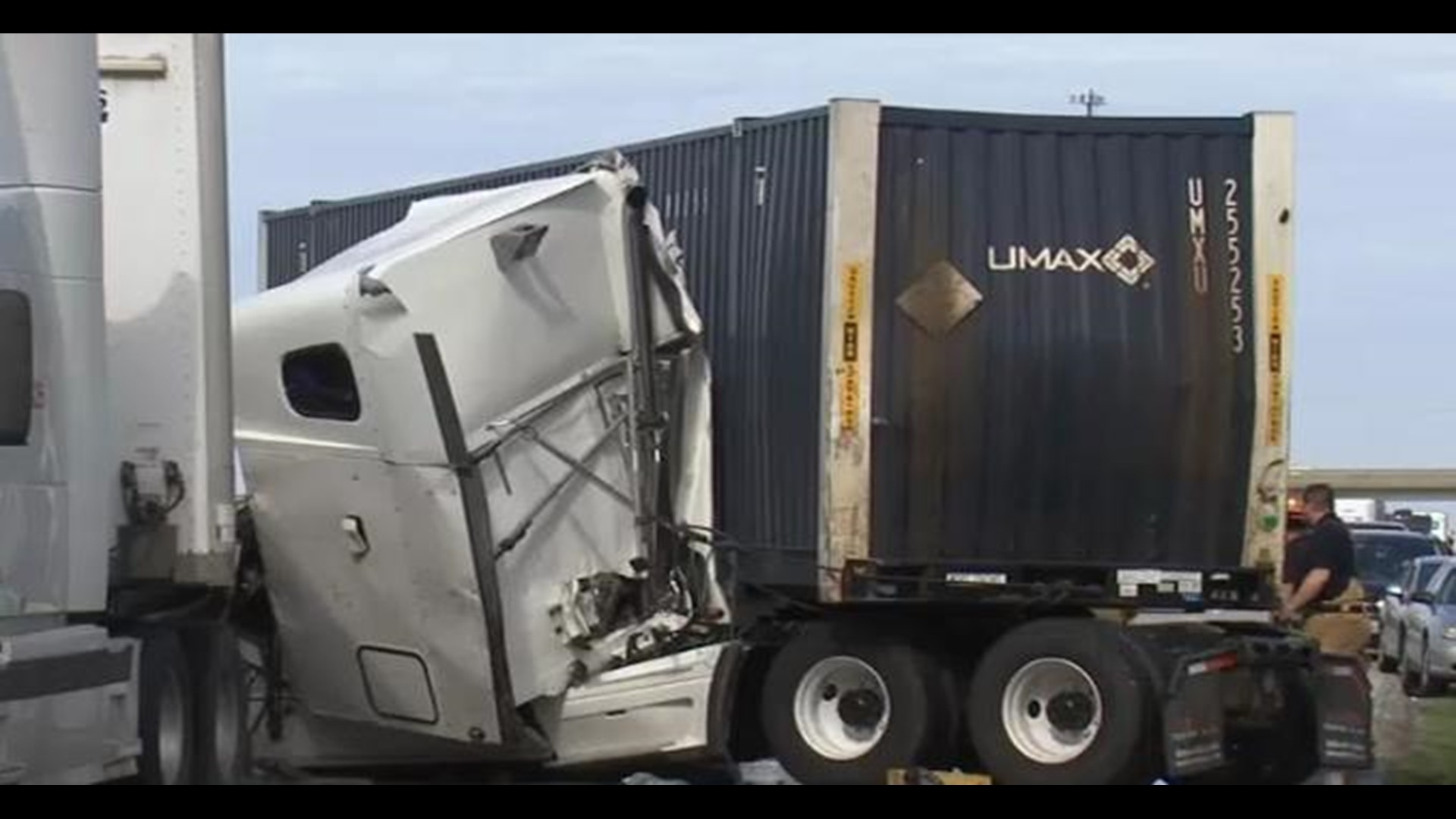 Two people were killed in a crash involving two semis and three cars on Interstate 70 in western Franklin County just after 9 a.m. on Wednesday.

Diana L. Schwab, 71, of Beavercreek, and Robin S. Jones, 48, of London, Ohio, were both pronounced dead at the scene.

According to authorities, traffic on I-70 eastbound was backed up due to a tractor trailer fire about 4 miles away.

A semi operated by Tony D. Smith, of Chicago failed to slow to the stopped traffic in front of him, according to authorities.

Smith collided with the Pontiac Vibe driven by Jones and the Toyota Camry driven by Schwab. He also struck another semi, which then hit a Nissan Cube.

The driver of the Cube was identified as J. Tara Wimble of London, Ohio. That driver also was taken to Mount Carmel West with non-life threatening injuries.

The road was closed due to the crash and fuel clean up.

Authorities advised drivers to use state Route 142 to U.S. 40 to Hilliard-Rome Road as an alternate route.

Watch 10TV and refresh 10tv.com for the latest news on this developing story.