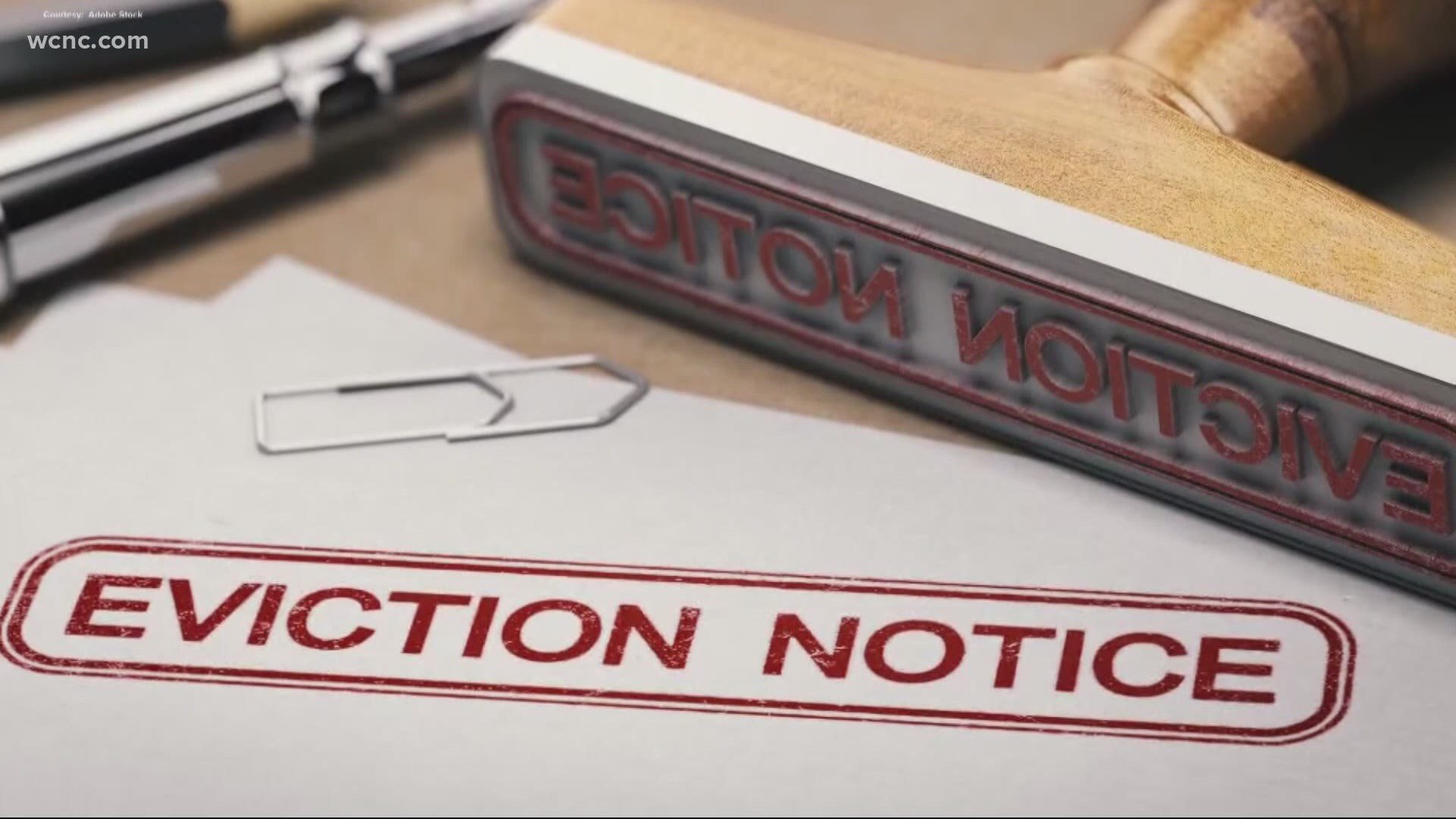 CHARLOTTE, N.C. — As we first reported Friday, the CDC extended the eviction moratorium once again until the end of July.

If swift action had not been taken, the eviction moratorium would have expired this Wednesday. While this may be a welcome relief for renters who have struggled financially during the pandemic, landlords aren’t so thrilled.

“Another month. I mean I can't believe it,” landlord Ruth Kellogg said. Another month of no rent for Kellogg after the CDC extended the eviction moratorium yet again.

“I rented out the house out several times but I've never had anything like this,” Kellogg explained. She says she’s now owed $5,000 she still can’t collect. “It's been a struggle. It really has because we depend on that money.”

But some landlords say they have it worse, like Jim Routh who rents out multiple properties. “We had somewhere in the neighborhood of 100-120, and now we’re down to maybe a dozen or so,” Routh explains.

Kellogg says she right behind him.

“I plan on selling it. After this, I'm not going to rent it anymore to anybody else. These people are putting me out with rent. I will not rent again," Kellogg said.

New numbers from earlier this month showed 3.2 million people in the U.S. said they faced eviction in the next two months. Officials are now encouraging landlords to apply for rental assistance before filing for evictions, which housing attorney Tommy Holderness says are inevitable as rent has only stockpiled.

While the moratorium pushed Routh out of the renting business, he says he feels for the renters.