That number includes the 28,000 workers Disney previously announced would lose their jobs. 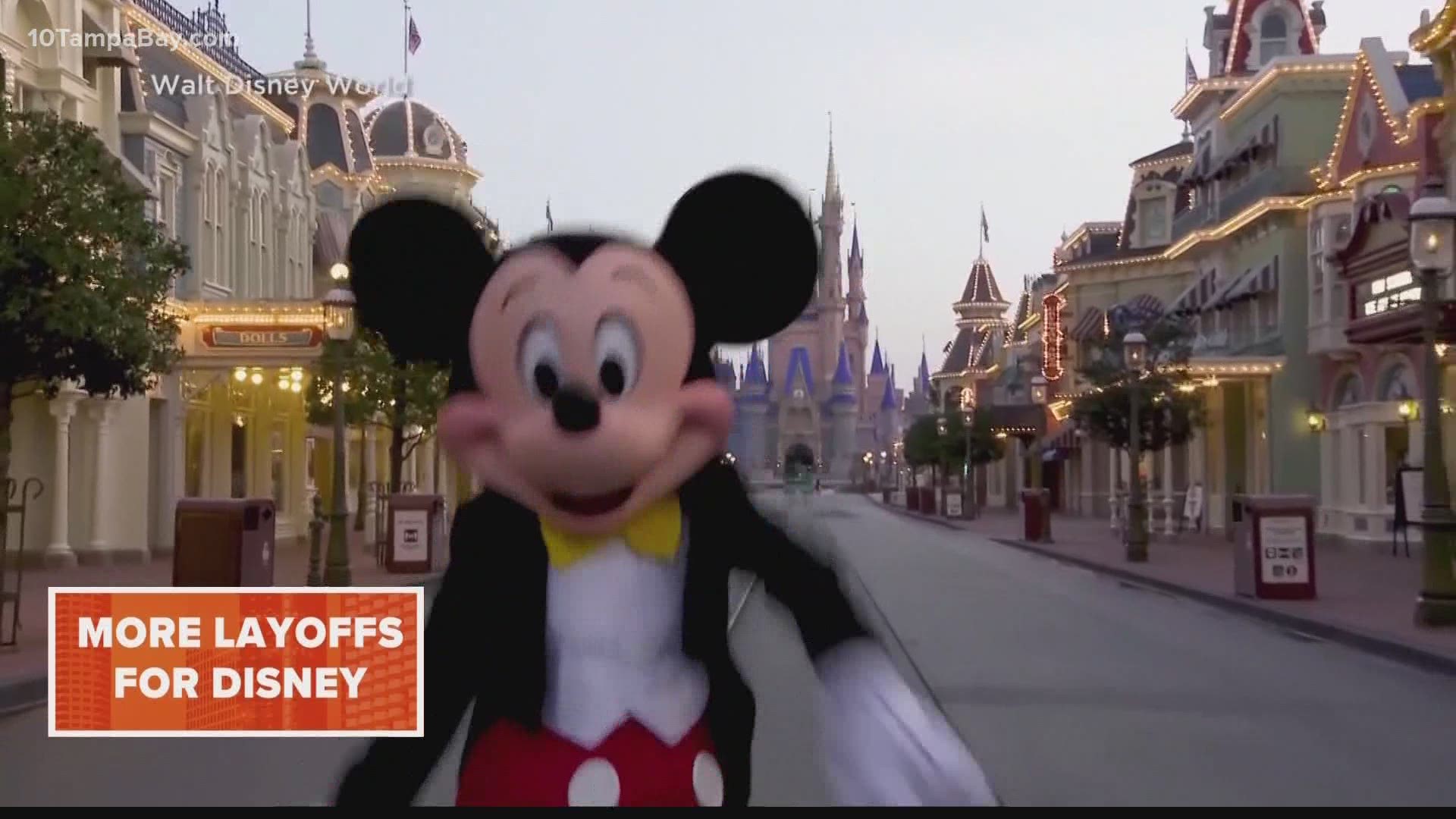 Despite significant gains in other areas of its entertainment business, Disney announced more people will lose their jobs come 2021.

In an SEC filing published Wednesday night, Disney said another 32,000 casts members will be laid off in the first half of fiscal 2021.

That number includes the 28,000 workers the company previously announced would lose their jobs. Most of the layoffs are from the company's parks, experiences and products division.

While Walt Disney World in Florida and other parks worldwide have reopened, Disneyland in California has remained closed with no hints at reopening anytime soon. And, parks that have reopened are operating at around one-quarter of capacity.

Weeks ago, Disney said during an earnings call that the COVID-19 pandemic around $2.4 billion in operating income during the last quarter. Revenue for the parks, experiences and products division fell 61% in that quarter to just $2.6 billion.

"COVID-19 and measures to prevent its spread impacted our segments in a number of ways, most significantly at Parks, Experiences and Products where our theme parks were closed or operating at significantly reduced capacity for a significant portion of the year, cruise ship sailings and guided tours were suspended since late in the second quarter and retail stores were closed for a significant portion of the year," the company wrote in the SEC Filing.

Disney employed about 203,000 people as of early October -- about 80 percent full time and 20 percent part-time workers. Around 155,000 cast members were part of the parks, experience and products division.

As of the end of last month, the total number of pandemic-related job casualties at Walt Disney World in Florida is nearly 18,000.