It was discovered that toxins were leaking from a foam material that keeps the machines running smoothly and quietly. 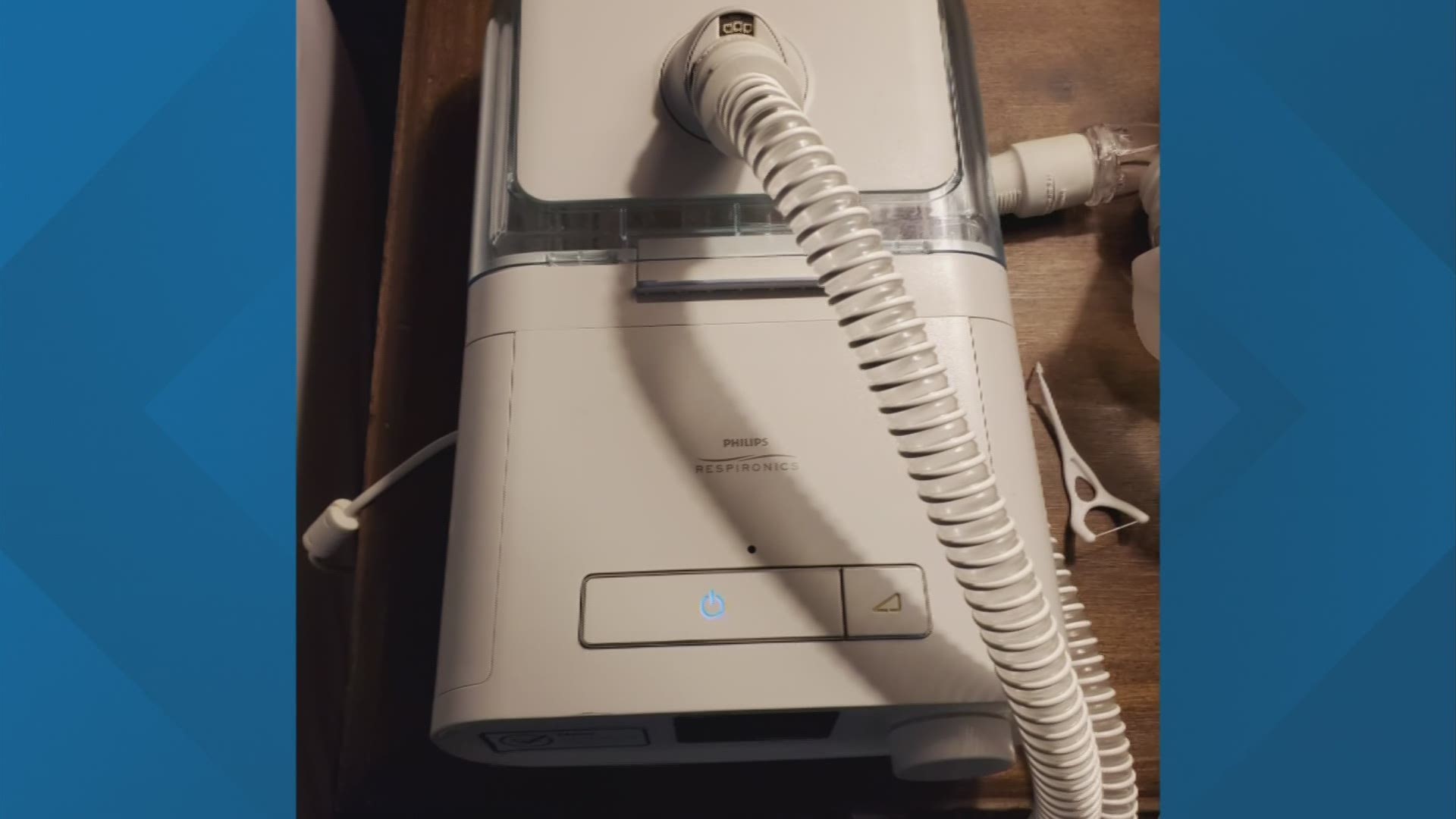 COLUMBUS, Ohio — “It is an inconvenience,” said Mark Fisher, who depends on two Philips Respironics devices, both affected by an FDA recall issued June 30.

“I have used a filter as recommended over the output port so I can still use my device until it can be repaired or replaced,” he explained.

The company said toxins were leaking from a foam material that keeps the machine running smoothly and quietly.

According to Philips, millions of these devices are used around the world and there have been no reports "regarding patient impact related to chemical emissions."

The provided the following statement to 10TV:

“Regarding estimated timing of the correction, we are working to address this issue as expeditiously as possible.  However, given the number of devices currently in use (estimated at 3 to 4 million units globally based on production and shipment data – about half are in the U.S.), and that important elements of the repair and replacement program require regulatory clearances, we are not able to provide an immediate solution at this time."

As noted in the recall, patients using BiLevel PAP and CPAP devices are advised to discontinue use and work with their physician or Durable Medical Equipment (DME) provider to determine the most appropriate options for continued treatment.

However, patients using life-sustaining mechanical ventilator devices are advised to not stop or alter their prescribed therapy until they have talked to their physician.

Philips continues to recommend that affected patients follow the advice of their physicians, as they are most familiar with a patient’s medical history.”

So, patients like  Fisher are forced to wait for a solution. He is one of tens of thousands here in central Ohio affected.

“In Columbus and central Ohio region the numbers are somewhere between 40,000 and 50,000 maybe up to 70,000 people have been diagnosed with sleep apnea and are currently using a CPAP machine,” said Dr. Asim Roy, medical director at Ohio Sleep Medicine Institute.

Dr. Roy said the risk is believed to be low; however, it’s still a serious risk.

He said the challenge is that he has to tell some patients to stop using a device and right now there is no solution for them.

He said there’s also another concern with a cleaning method used for the devices used to help people breathe while they sleep.

“There’s some worry also recently in the last few years these ozone type cleaners have been on the market to clean the CPAP or sterilize the CPAP machines and the FDA has fully validated them. However people are buying them because they want to clean their machines beyond just soap and water,” he explained. “And the worry is this ozone might be toxic and also maybe accelerates some of the damage occurring. That might be why some of this is happening but it’s unclear the link between the two.”

Dr. Roy is advising patients to be patient and don't stop using a device or make any changes until you chat with your doctor.