Experts say travelers should always ask a hotel about its liability policy before renting a room. Get the story. 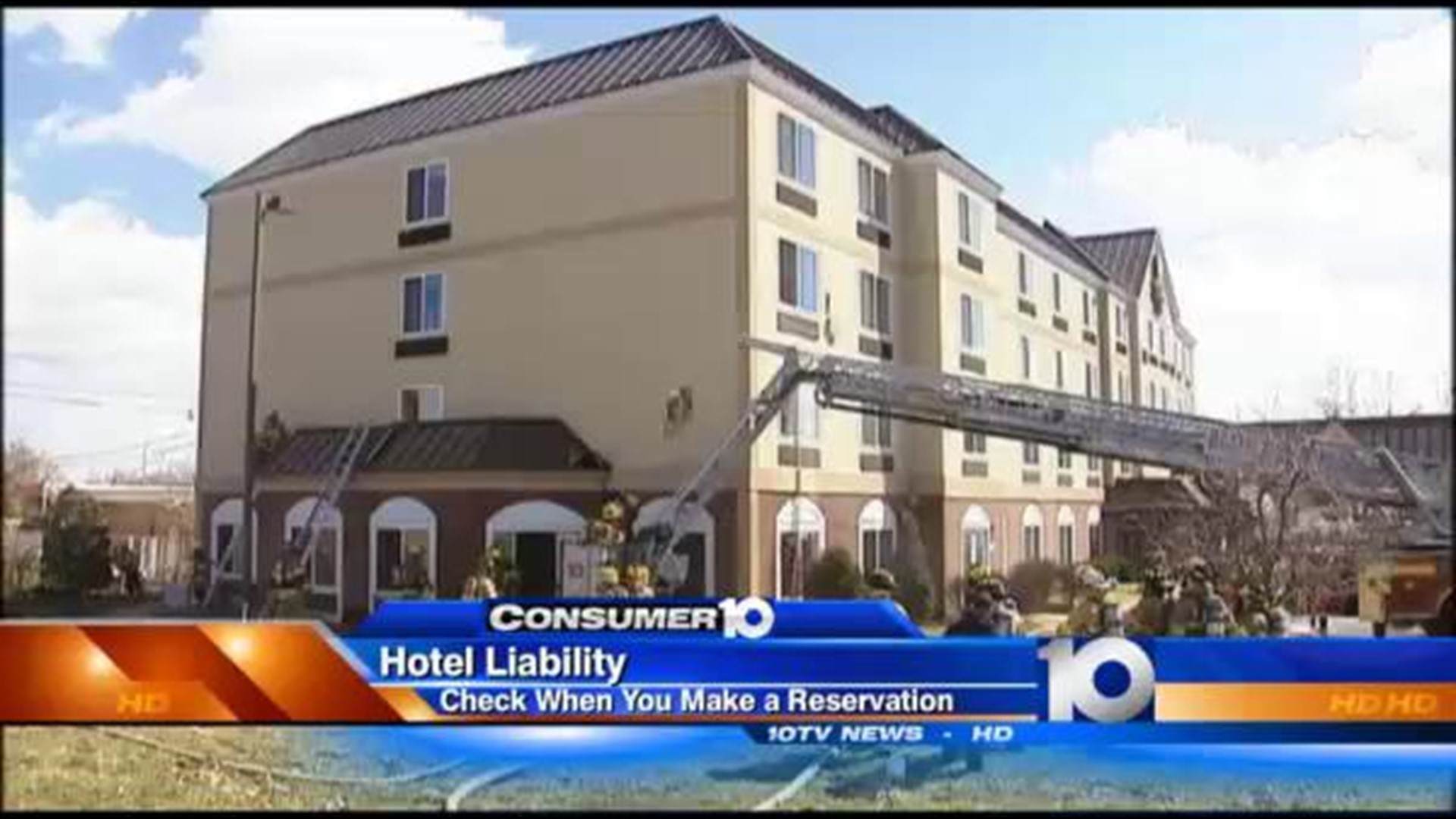 Experts said that travelers should always ask a hotel about its liability policy before renting a room, Consumer 10’s Kurt Ludlow reported Friday.

Shantel Jenkins said that she learned that lesson the hard way, Ludlow reported.

Jenkins said that her family was six days into a two-week stay at the Heath Holiday Inn when a fire struck.

“The fire was right next door to our room,” Jenkins said.

Jenkins said that the hotel manager promised to clean her family’s damaged clothes.

“All these clothes, it’s like 80 percent of our clothes, you know, and to not be able to wear them again, and they said they’d be able to clean them in a day or so, and it’s been a month,” Jenkins said.

“The law is very unspecific – in fact, there’s nothing nationally that you can rely on, because it really changes from state to state,” Taylor said.

Some states hold hotels responsible for damage to or loss of property, regardless of if the innkeeper is negligent, Ludlow reported.

Other states hold innkeepers responsible only if they are negligent.

Taylor said that either way, there usually is a limit on the amount of liability. In Ohio, the limit for items stolen from a hotel safe is $500.

Regarding other items from customers’ rooms, the state law still reads the way it was written decades ago: "Liability shall not exceed $150 dollars for each trunk and its contents, $50 for each valise and its contents, and $10 for each box, bundle or package and contents.”

Jenkins said that it took for Consumer 10 to report about the issue for the hotel to respond to her requests, Ludlow reported. Jenkins was being issued a $500 check from the Holiday Inn.

“It took you, which I thank you so much, very very much, thank you for getting involved,” Jenkins said.

If a hotel refuses to compensate a traveler, travelers can file claims with their homeowners’ insurance or renters’ insurance, Ludlow reported.

The Holiday Inn Express Heath is independently owned and operated. The InterContinental Hotels Group, which owns Holiday Inn and Holiday Inn Express, said that it does not dictate local hotel operating policy other than requiring all hotels bearing its trademark to carry insurance and comply with federal, state and local laws. IHG said that all affected guests were contacted by the hotel and that their claims were in process with the hotel's insurance company. All other requests should be directed to the property owner.