Gas prices on the rise in central Ohio

In Franklin County, gas prices are less than the national average right now, but it might not be the case for long. 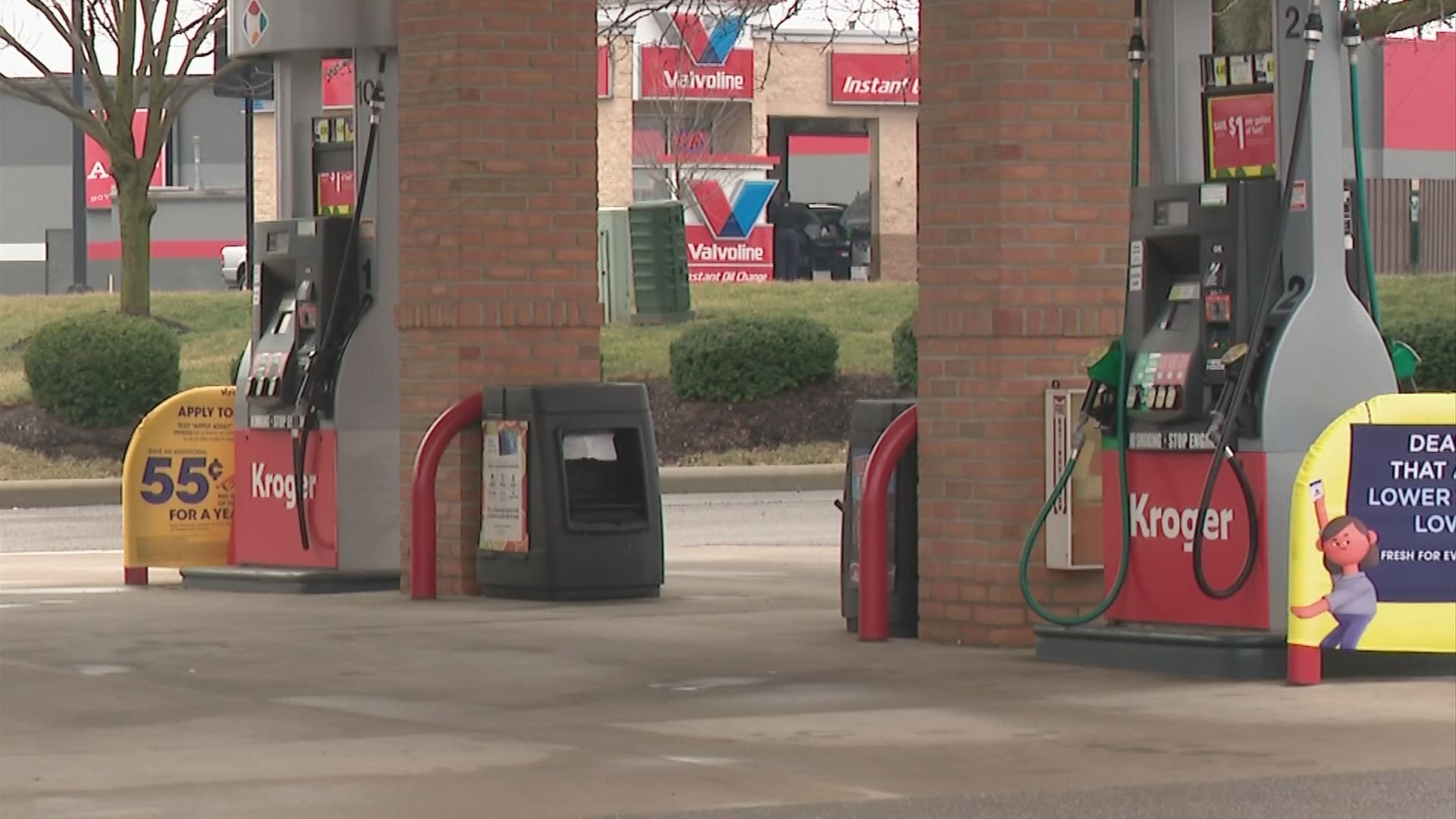 In Ohio, gas prices have jumped 12% since a February storm shut down refineries in Texas.

"Now it takes like $40 to fill my tank as opposed to $30," said Michael Evans, who filled up Tuesday in Columbus.

In addition to less supply more people are getting back on the road.

"That has really contributed to huge surges at the pump in Ohio and across the country," said Kimberly Schwind, a spokesperson for AAA Ohio.

"We're starting to see restrictions easing, people starting to go on more trips, more traffic on the roadways, schools are opening up," she said.

"This is also the time of year when we start to see refineries undergoing spring maintenance and switching over to that more expensive blend of summer gasoline," she explained.

But there's good news for drivers in central Ohio. The national average Tuesday was $2.87 a gallon. In Ohio, the average was $2.70.

“It’s just been the perfect storm all together at one time which is why we’ve seen huge surges at the pump” - gas prices in central Ohio are up— but still less than the national average. Why that might not be the case for long at 5p #10TV pic.twitter.com/ZbXC70wsKr

“In Franklin County, it's even cheaper than that it's $2.63 a gallon so we are really lucky right now much lower, more than 20 cents lower than the national average in some cases," Schwind said.

However, she said we could see prices jump back to be more in line with the market average, and that could happen as soon as next week.

But will we hit $3 a gallon anytime soon? The short answer is, no. Not unless the price of crude oil goes up to $80 a barrel. Right now it's $60 a barrel.

When it comes to saving money on gas AAA Ohio recommends combining your errands to make as few trips as possible. Drive the speed limit, and stay up to date on your car's maintenance.

Also, like with anything else, shop around to know where the best prices are in your neighborhood.