When asked the secret to such a long life, his answer is simple: "Just serve God and be nice to people." 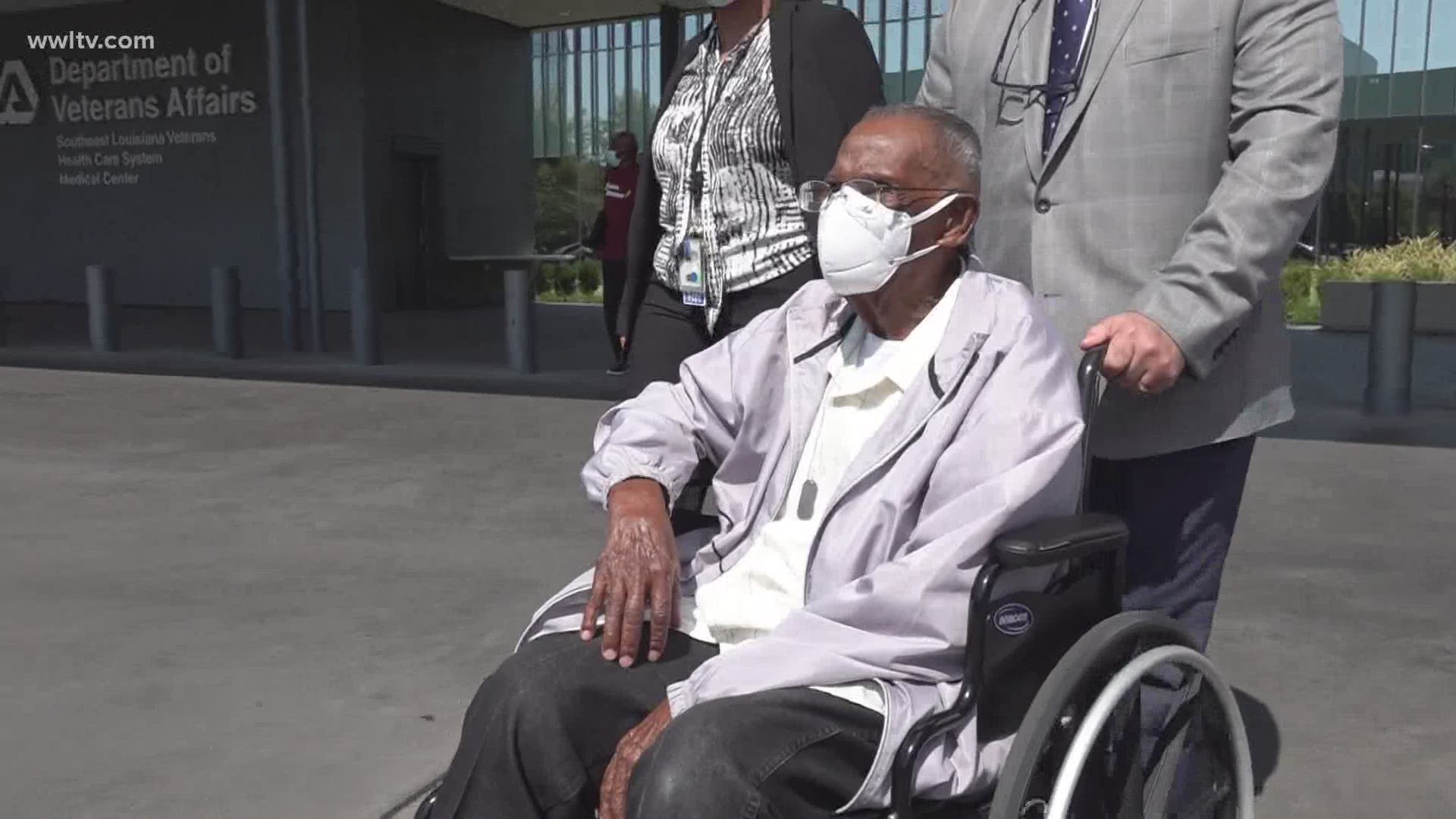 Brooks is a New Orleanian. He was born on Sept. 12, 1909. He served in the predominantly African American Engineers Battalion.

When asked the secret to such a long life, his answer is simple:

"No secret. Just serve God and be nice to people," Brooks said.

His daughter Vanessa Brooks credits his diet and faith for his longevity.

"He's a big deal," Brooks said. "Take good care of yourself, 'cause that's what he does. He takes care of himself, he doesn't let anything stress him out. He lives stress free."

Every year the World War II museum throws a birthday party for Brooks. This year looks a little different because of COVID-19. Instead, they received birthday cards from every state and abroad. Brooks will spend this birthday at home doing what he enjoys most.

Sec. of Defense Mark Esper wished Brooks a happy birthday on Saturday via Twitter, saying he salutes Brooks' service and his lifetime of determination.

Happy 111th birthday to our oldest living WW2 veteran, Lawrence Brooks. I salute your service and your lifetime of determination. pic.twitter.com/09a37yv6Yv