'I just started crying': Ohio woman's son who died to be honored in Rose Bowl parade

Carmela Wiant's son David Money died in a car accident in 2006. Wiant says he was able to help save more than 120 lives by giving part of his life to others. 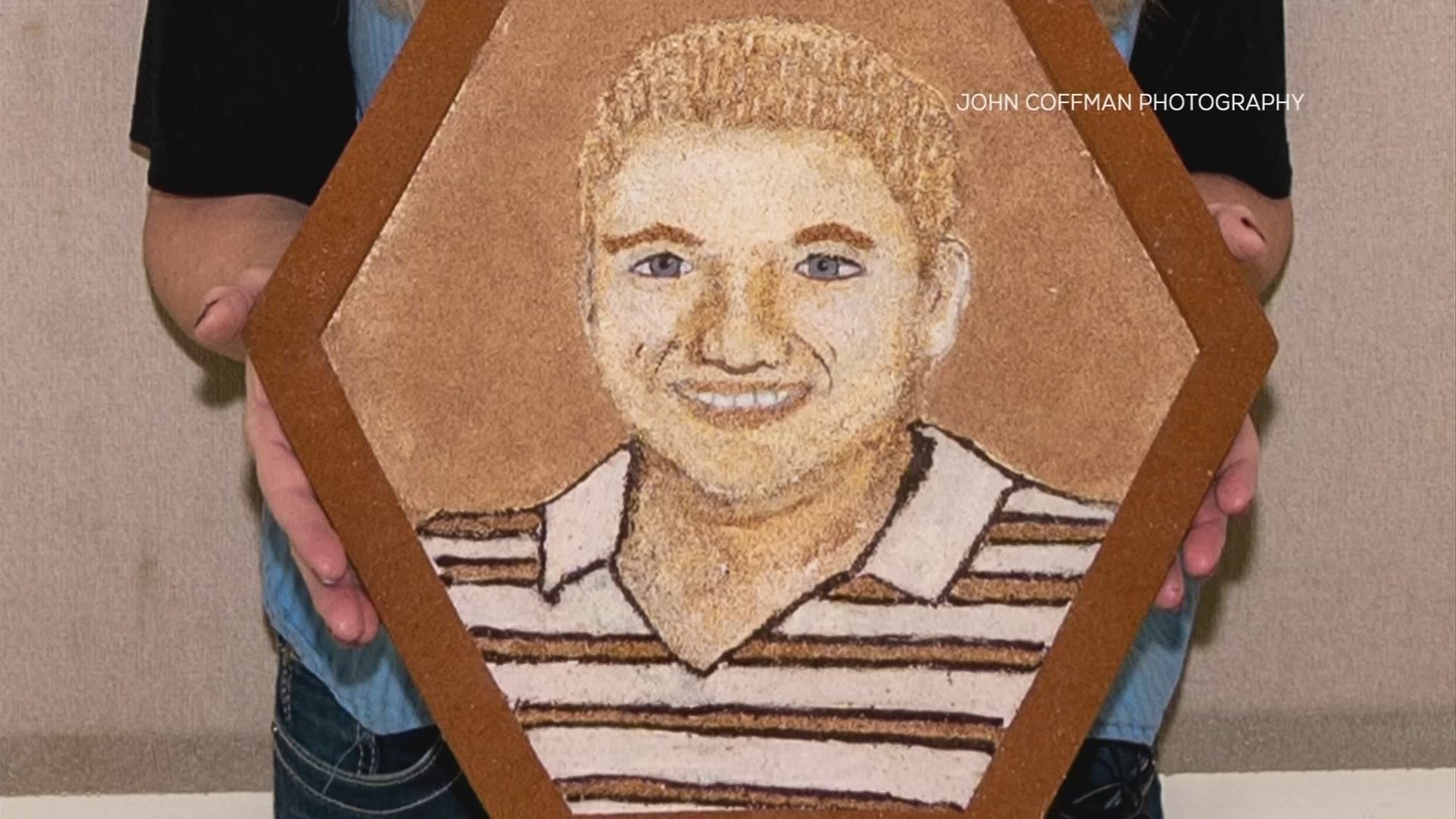 Carmela Wiant remembers feeling shocked and surprised when she learned how the Donate Life Float would honor her late son at this year’s Rose Bowl parade.

“I didn’t even know what to say,” she said. “I just started crying.”

Now, he along with 20 other people will be represented in “floragraphs” for Donate Life’s sculpture called “Community of Life”.  It is a vibrant floral honeycomb with a message that we are stronger when we work together as a community.

“He has been able to help 120 people by giving part of his life to others,” Wiant says of how her son’s tissue donations helped strangers including twins burned in a fire, a person who avoided amputation, injured athletes, and patients suffering from severe back pain.

Money’s floragraph will be interwove within the honeycomb, symbolizing the life donors give through organ, eye and tissue donation.

According to Dayton’s Community Tissue Services which is sponsoring Money’s floragraph, there are more than 109,000 men, women and children in the U.S. awaiting a lifesaving organ transplant. Thousands more will require tissue and corneal transplants to restore mobility and sight.

Wiant says to have her son honored on a national scale is fitting for a young man who was so gracious and giving.

She recalled putting on the finishing touches of the floragraph when Donate Life sent the pieces to each honoree’s hometown in early December.

“I was so blessed to hold that picture,” Wiant said through tears while describing a moment that took her breath away.  “Putting his eyebrows on, it was just like he was right there with me again. It was overwhelming. Just overwhelming.”

Because of the pandemic, the Rose Bowl Parade that traditionally draws hundreds of thousands of spectators will not take place in 2021 in Pasadena, California.  Instead, a television special will air on various broadcast networks on Jan. 1 at 11 am EST.

Ohioans can register to become an organ, eye and tissue donor through Donate Life or when they apply for a new or renewed driver’s license or state ID card.