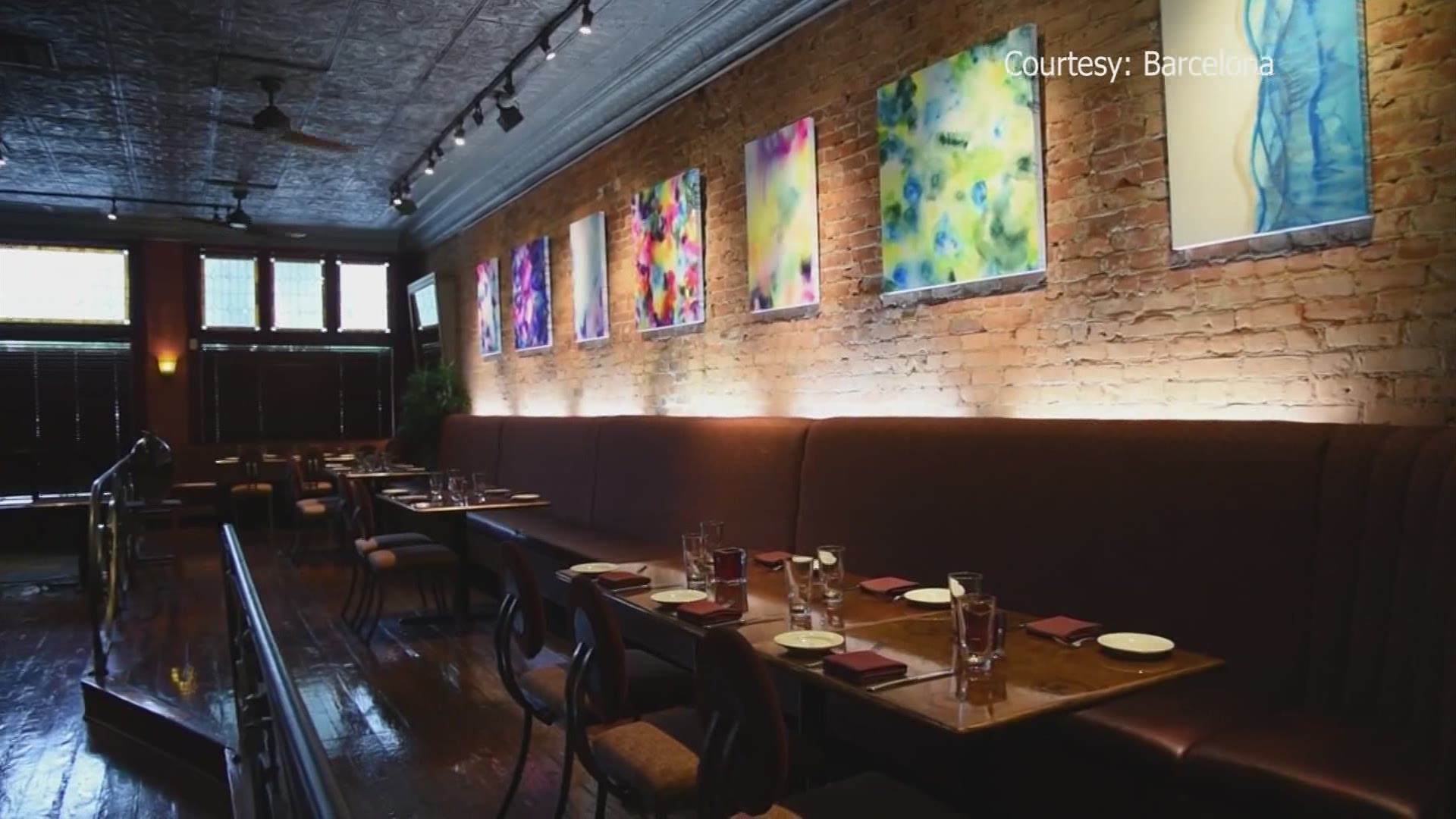 Ohio’s statewide curfew forced restaurants and bars to shift their traditional celebratory plans to earlier in the day while shutting down reservations before 10 p.m.

“As a restaurant owner, you’ve learned to shift and pivot a lot,” said Stan Riley who owns and operates Barrel & Boar BBQ Gastropub with five locations in Gahanna, Westerville, Newark, Canal Winchester and the North Market.

“I’ve never worked harder for the business than when we shut down,” he added.

Riley is hoping that hard work pays off with an idea that took off just before the holidays: feast boxes to go.

“We created these feasts for up to four to eight people in one large foil pan and we try to make them look beautiful,” Riley said.

Other central Ohio restaurants are also pivoting plans to accommodate the statewide curfew while also injecting some fun into their “celebrations.”

Barcelona Restaurant in German Village is “kicking 2020 to the curb” with reservations as early as 11 a.m. Thursday and hourly specials that being with happy hour during midday.

The festivities will include a 6 p.m. toast to coincide with the turn of the yearly calendar in Spain.

Other restaurants like Hofbräuhaus Columbus in Grandview Heights will do the same with its German counterparts.

“I think every restaurant will agree that this New Year’s Eve is not going to be what it has in the past and also not going to save us of what’s been already a difficult year,” Riley said. “So, we’re just going to have fun with it, make sure our staff makes good money and our guests enjoy it.”

Riley is also hoping customers who enjoy the holiday feast packages of BBQ or burgers or tacos will carry that excitement into 2021 when it’s time for restaurants to open to full capacity.

“That’s really what we’re working for every day," Riley said.

RELATED: DeWine: Statewide curfew will be extended until Jan. 23