Sammy Braylock moved to Bedford in 1997. The 64-year-old, who family members say had a mental disability due to a childhood injury, befriended everyone he knew. 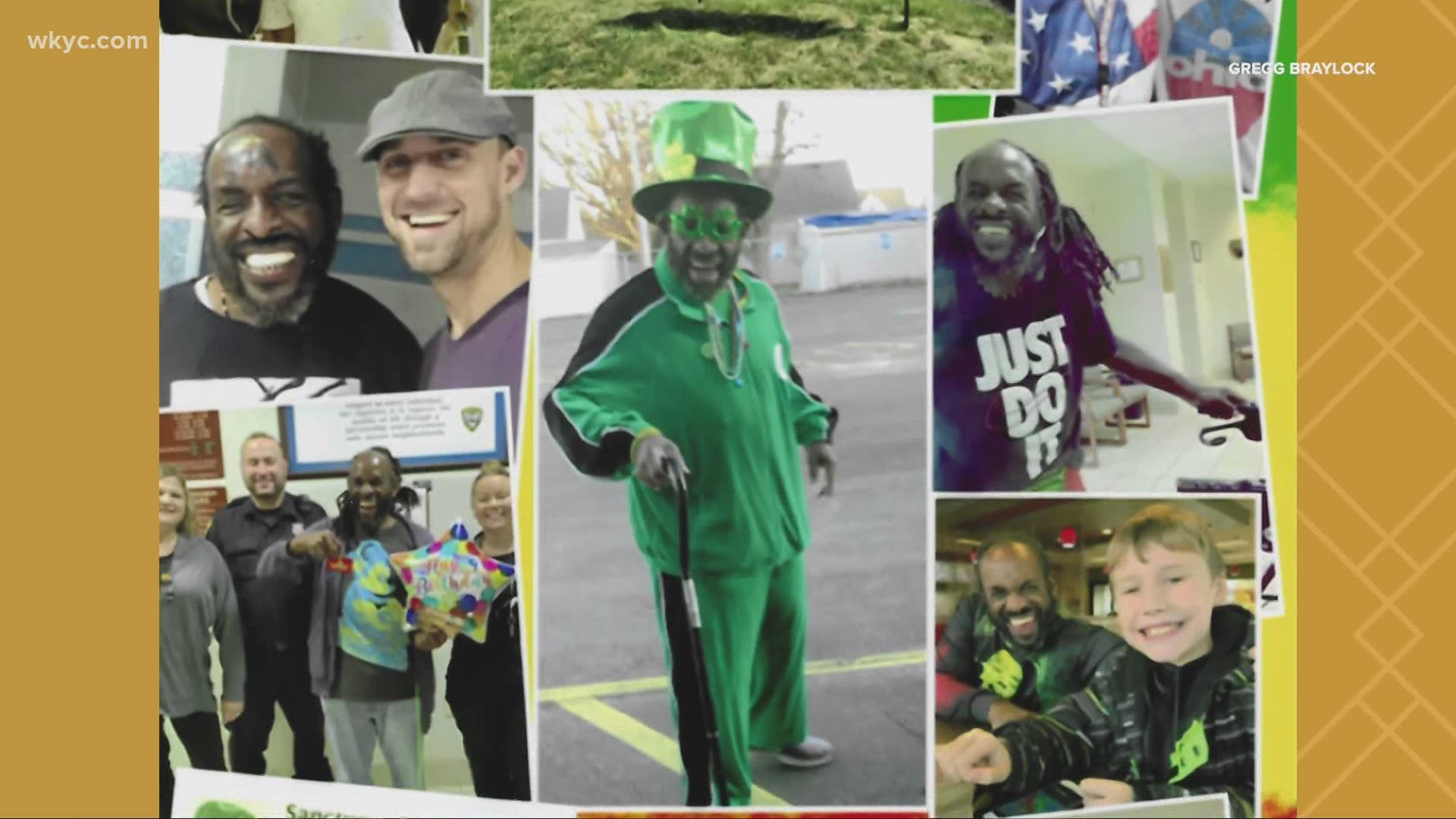 BEDFORD, Ohio — 64-year-old Sammy Lee Braylock holds legendary status in the Bedford community because of the way he made people feel, an average citizen who through his daily actions cemented a remarkable legacy.

“Sammy was just such a special person around our city,” says Mayor Stan Koci. “That smile was just worth a million dollars -- and when he saw you, he just smiled, and it made us feel better.”

"It doesn't matter who you are, what kind of mood you were in, if Sammy was around you, you were joyful,” says Bedford resident Katy Buxton, who is a longtime friend of Sammy.

“All he ever wants to do is see everybody happy,” explains Sammy’s younger brother, Gregg Braylock. “That's who he was, that's what he wanted to do, and he had ever reason not to be happy.”

Gregg says Sammy, who is the second oldest of eight children, suffered a traumatic brain injury as an infant after a babysitter accidentally dropped him down a flight of stairs. Gregg says the incident left Sammy mentally disabled and when Sammy was 10, it was recommended that he be placed in a special home away from his family with other children who had mental challenges.

“He was in an institution where he was kind of locked up and you could tell he did not want to be there,” says Lawrence Braylock, another one of Sammy’s brothers.

“That was like a horror movie to me. It was so painful to see him endure his time there,” says a tearful Gregg. “I think that pain made my brother stronger.”

After spending his adolescent and teenage years in different facilities, Sammy was placed into a group home as a young adult, and then in 1997 he moved on Center Road in Bedford.

For years, Sammy made his rounds up and down the street visiting city hall, the police and fire departments, the rec center and his beloved Burger King. Those who knew him say Sammy was a comforter on a journey to spread love and joy through his smile.

“His smile just made me feel welcomed,” says T’Anne Williams, a support professional at the group home where Sammy lived.

“Everywhere he went, he left comfort for a lot of people,” says Lawrence.

Now, his legacy lives on in memories as Sammy -- "Bedford's Buddy" -- passed away unexpectedly in mid-July, a month shy of his 65th birthday.

In death, Sammy was able to pull off what he also did in life ... bring people of different races, professions and ages together.

Sammy loved so well around the city, the mayor proclaimed the day of his funeral, July 25, 2020, "Sammy Lee Braylock Day."

“Awe man, I will never forget this. Never forget it,” says Gregg. “It's one of the highlights of my life with my brother.”

Sammy was set to retire from his job as a part-time cleaner next month, and he really wanted to have a big party to celebrate once COVID-19 restrictions lifted. So his loved ones renamed his funeral his retirement from life party.