A 12-year-old Wiscasset girl lost her grandmother's beloved ring while planting garlic. Nine months later it was found wrapped around the plant. 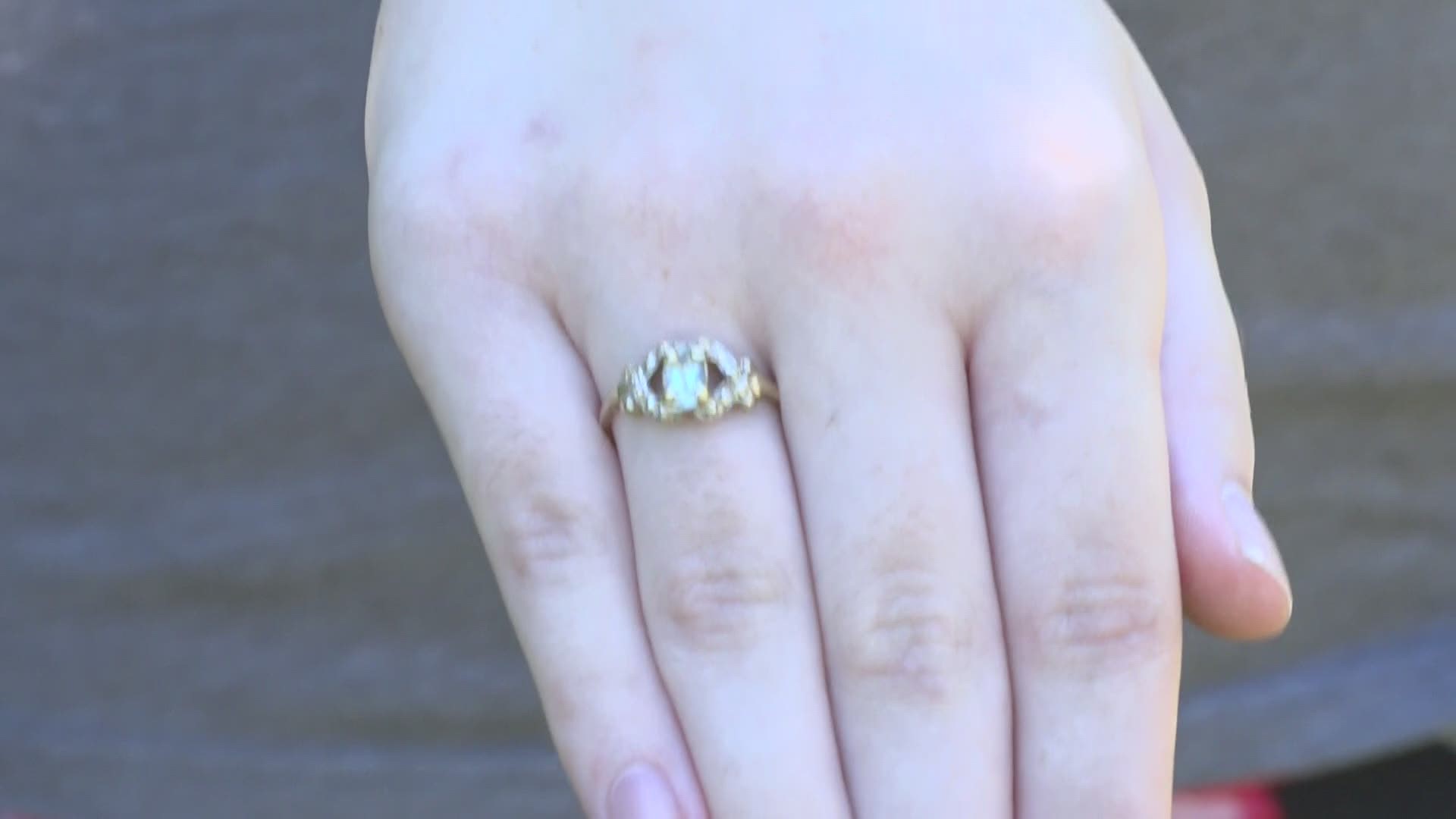 "I was shocked, upset, I got emotional," Madison said.

The ring was given to her grandmother by her late grandfather.

"It was a Valentine's Day gift from my husband back in 2012. She really wanted the ring because her and papa were really close, so I gave it to her," Madison's grandmother Leanita Perry said.

It was a gift Madison cherished—until it slipped off her finger as she was planting garlic at the Chewonki Foundation in Wiscasset in October.

After realizing it was gone, Madison had to break the news to her grandmother.

"When she told me she lost it, it was heartbreaking, but things happen and it wasn't her fault," Perry said.

“I thought I was never going to see it again.” A 12yr-old Wiscasset girl lost her grandmothers ring in October while planting garlic at the Chewobki Foundation. 9 months later, someone found it wrapped around the grown garlic! @newscentermaine pic.twitter.com/jHgqO8Ru0X

Fast forward nine months. Hannah Marshall was harvesting the garlic when she noticed something shiny.

"I thought it was trash or something and I turned it around and saw the stones and realized it was a ring," Marshall said.

She found the ring wrapped around the stem of a garlic plant.

The ring was returned to the family Tuesday, and Perry said she was "happy and pleased" she got the ring back.

"I'm glad we could bring this piece of their family back," said Marshall.

The ring is a little less than perfectly round.

"I'm going to make sure I get it fixed so it's on there good," Madison said.

As for Madison's grandmother, she said the ring was meant to be found.

"I think it was a sign. It grew through that garlic for a reason," Perry said.'

RELATED: Stranger's act of kindness in Brewer being called 'a miracle'