He’s been a local preschool teacher for 20 years and was laid off in September. A month later his dad died. He told the NC Lottery he was in a dark spot. 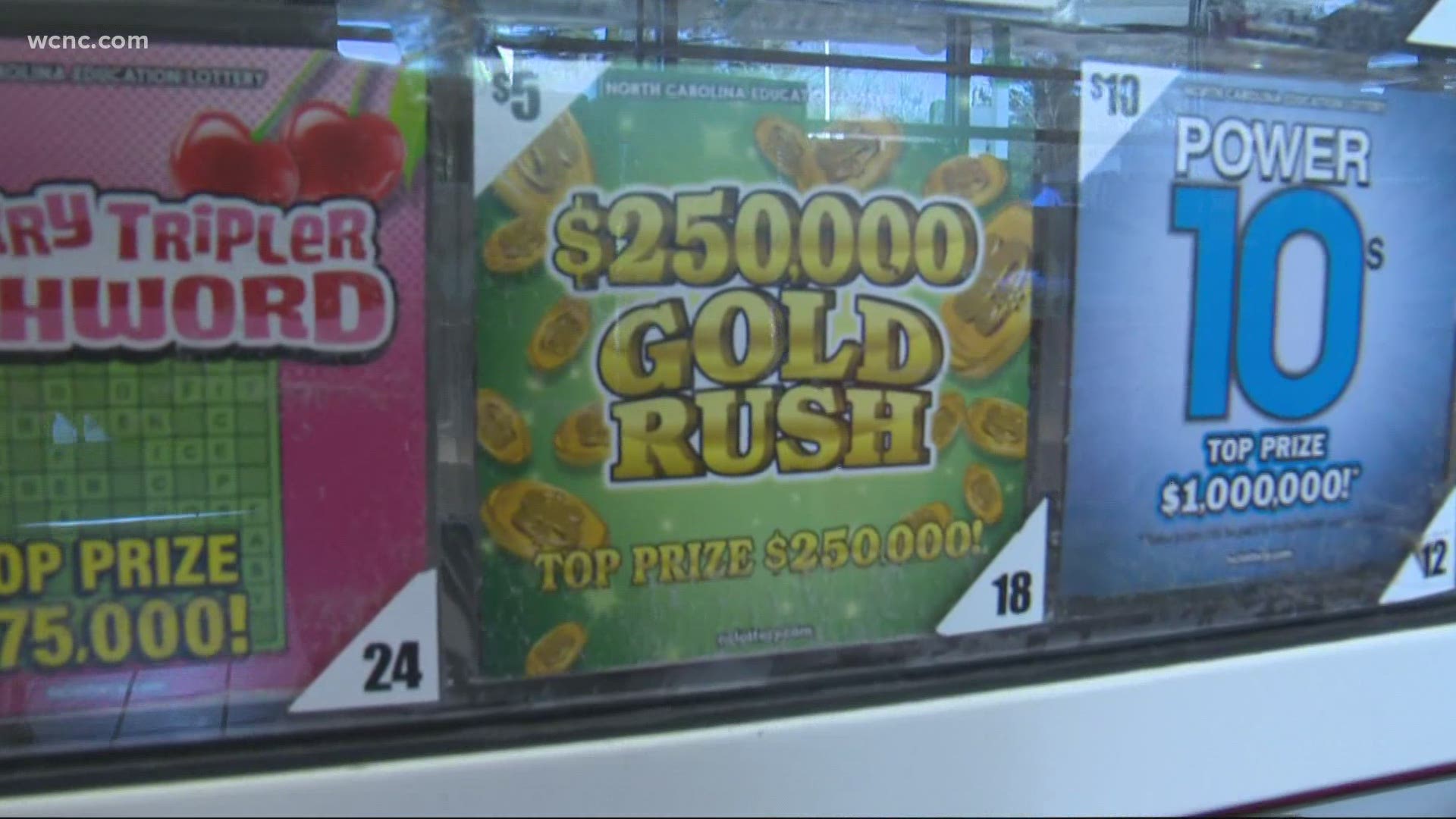 CHARLOTTE, N.C. — 2020 was difficult and most people probably won’t remember it as a lucky year.

A global pandemic, shutdowns, unemployment and isolation have made it tough for so many. But one Charlotte pre-school teacher, who was laid off in September and then lost his father, finally saw the tables turn.

He won $250,000 on a scratch-off ticket he bought at the BP gas station on Belhaven Boulevard in Northwest Charlotte.

Joe Camp is a regular at the store.

He said Camp goes a few times a week to buy scratch-off tickets but this time he won big.

“He was crying. He came up and said look at this, and I saw where he won the $250,000. I said dang, that’s good,” said Gloria Henderson, the store clerk who sold Camp the winning ticket. It’s the top prize for the gold rush game.

Henderson and Clelland have seen a flurry of customers in the days since. Many of them buying scratch-off tickets.

"Everybody’s buying that kind of ticket, they think because one does it, they’re all going to do it. But there are still 3 more prizes out there like that,” said Henderson.

The store is a staple in the community and the customers are regulars.

“With me being out here a couple of days a week, I usually see the same people every day,” said Jamie McGee, who has a food stand in the parking lot.

A NW Charlotte gas station was buzzing with people today, many of them buying scratch off tickets after a local man won $250,000 on one there! A preschool teacher for 20 years, he was laid off in September and then his dad passed away. So glad the tables turned for him! @wcnc pic.twitter.com/R6Z4Gg9vZx

"That is awesome,” said Jack Harrison. "I love to see people who need it to win. I'm glad it was here, at this local store too.”

Camp told WCNC Charlotte he didn’t want to go on camera just yet to protect his privacy.

He’s been a local preschool teacher for 20 years and was laid off in September. A month later his dad died. He told the NC Lottery he was in a dark spot.

“I bought two tickets. I didn’t win on the first one, so I tried the second and I scratched it off, and I fell to my knees at the gas pump,” Camp said in a press release. He claimed his prize of $176,876 after taxes.

“He was showing me the ticket, letting me hold it and everything. It was pretty cool,” said Clelland.

Camp plans to use the money to build a future for his daughter. He told clerks he’s going to set up a college fund and buy a house he can pass down to her one day. They’re happy to see one of the regulars win big.

“He’s been out of work for 3 months. He was laid off because of covid so he didn't have any money coming in. It was great, I was happy for him,” said Henderson. She said Camp even offered her a little piece of the prize money.

The store has a history of being a lucky spot