Karina Garza received several stitches to her leg, but said she and her two kids are lucky to be alive. 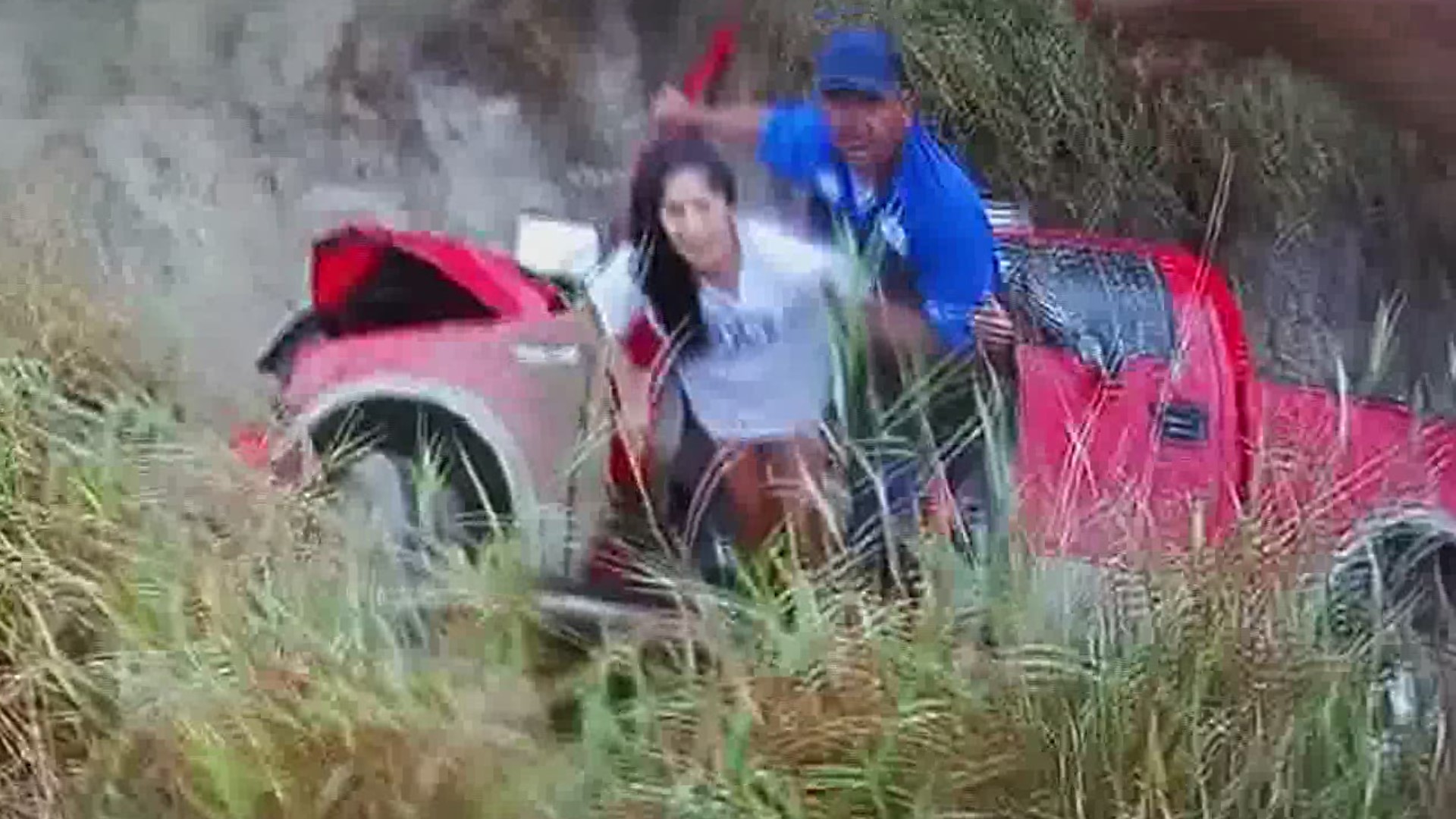 KINGSVILLE, Texas — A Kingsville mother spoke out following a scary looking accident. She thanked the Good Samaritan and emergency crews who rescued her and her two small children on Sept. 16.

Karina Garza and her two children were pulled to safety after the truck they were in hydroplaned off the roadway in Kingsville and into the bottom of a ravine.

It happened along Highway 77 near Sage Road in Kingsville. A passerby saw the accident and jumped into action.

"This man, Mr. Moya, I am so grateful for him," Garza said. "I will never forget this. I am so thankful for him to be there at the right time and right place."

Garza received several stitches to her leg but said she and her two kids are lucky to be alive.

RELATED: Good Samaritan helps rescue family after their truck hydroplaned into the bottom of a ravine in Kingsville