Binx belongs to the Gonzalez family. Two members are seriously injured and another is still missing. 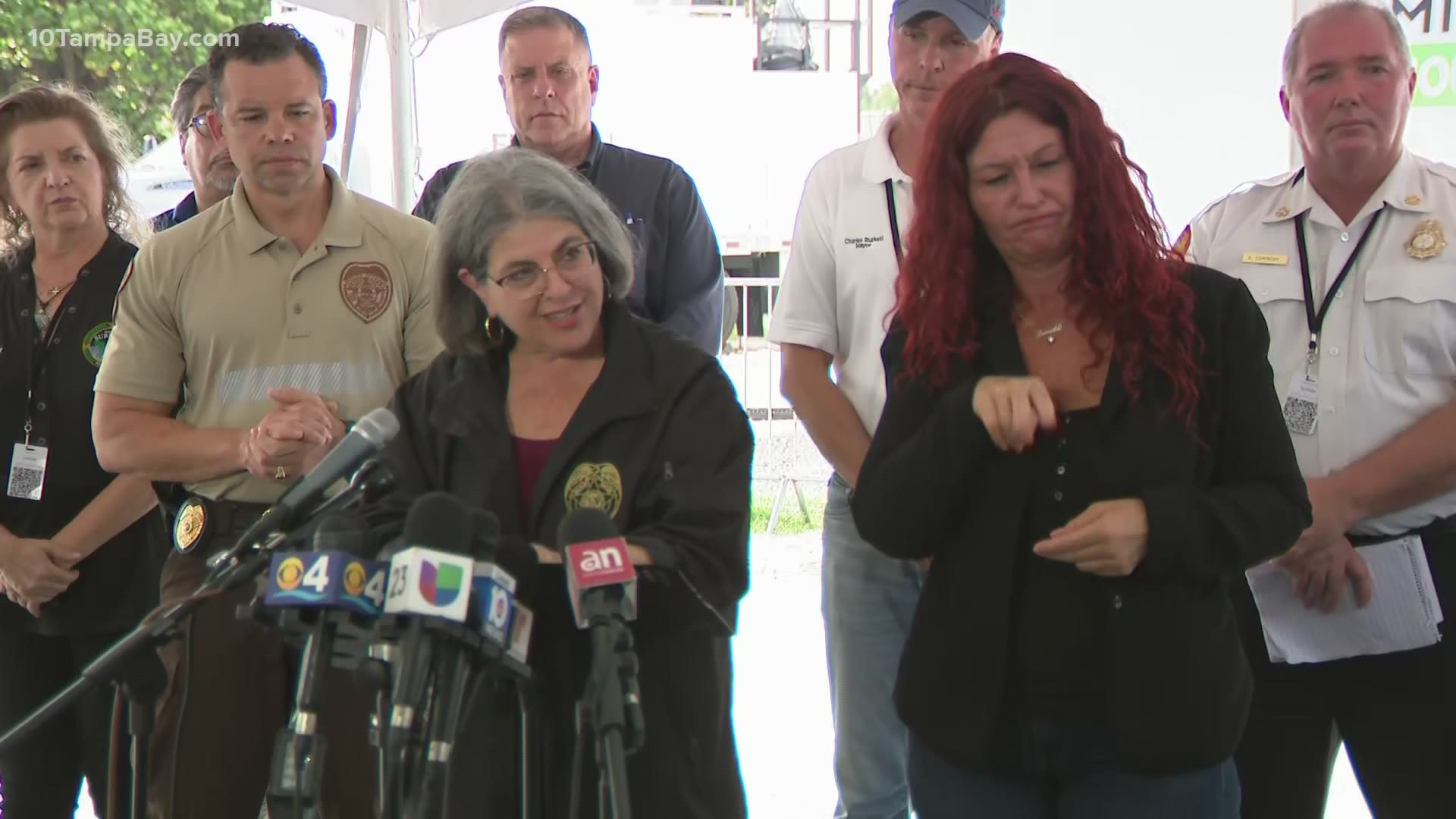 SURFSIDE, Fla. — A small ray of hope was given to one family left picking up the pieces following the tragic Surfside condo collapse — their cat was found alive.

The Kitty Campus wrote Friday on Facebook a black cat was found by a good Samaritan near the rubble of Champlain Towers South and brought to its facility.

The cat resembled Binx, who reportedly lived in No. 904 of Champlain Towers South.

The Kitty Campus says a family member stopped by to see if the black cat was indeed Binx and says he was.

Binx belongs to the Gonzalez family, according to WSVN. The news outlet says Angela and Deven Gonzalez were both hurt in the condo collapse. Another member of the family, Edgar Gonzalez, remains missing.

According to The Miami Herald, Angela and Edgar Gonzalez lived in the apartment with their daughters Deven and Tayler and their dog Daisy and cat Binx. Tayler was not in the building when it collapsed, the Herald said.

“In the middle of this sadness, we were hoping for good news either for any survivors or any pet,” Family friend Maria Gaspari told WSVN. “As you may know, pets are family, and this is a miracle. I’m shaking right now. I’m a friend of a family member, and we just got the confirmation that there is a cat. That’s actually Deven’s cat, so I’m sure she’s going to be over the moon knowing that they found her cat. I just can’t believe it. I just couldn’t believe it when we received the confirmation. This is a miracle for the whole Surfside community.”

At least 78 people have been confirmed dead in the condo collapse and 62 people remain unaccounted for. No one has been found alive since the first hours after the building fell on June 24.

The painstaking search for survivors shifted to a recovery effort at midnight Wednesday after authorities said they had come to the conclusion that there was “no chance of life” in the rubble of the Champlain Towers South condo building in Surfside.

Hope of finding survivors was briefly rekindled after workers demolished the remainder of the building Sunday night, allowing access to new areas of debris. Some voids where survivors could have been trapped did exist, mostly in the basement and the parking garage, but no one was found alive. Instead, teams recovered more than a dozen additional victims.

The Associated Press contributed to this story.