Lynn Rachel fought in three major campaigns in the European Theater. At age 100, he is full-steam ahead--still driving, mowing his lawn and sharing his story. 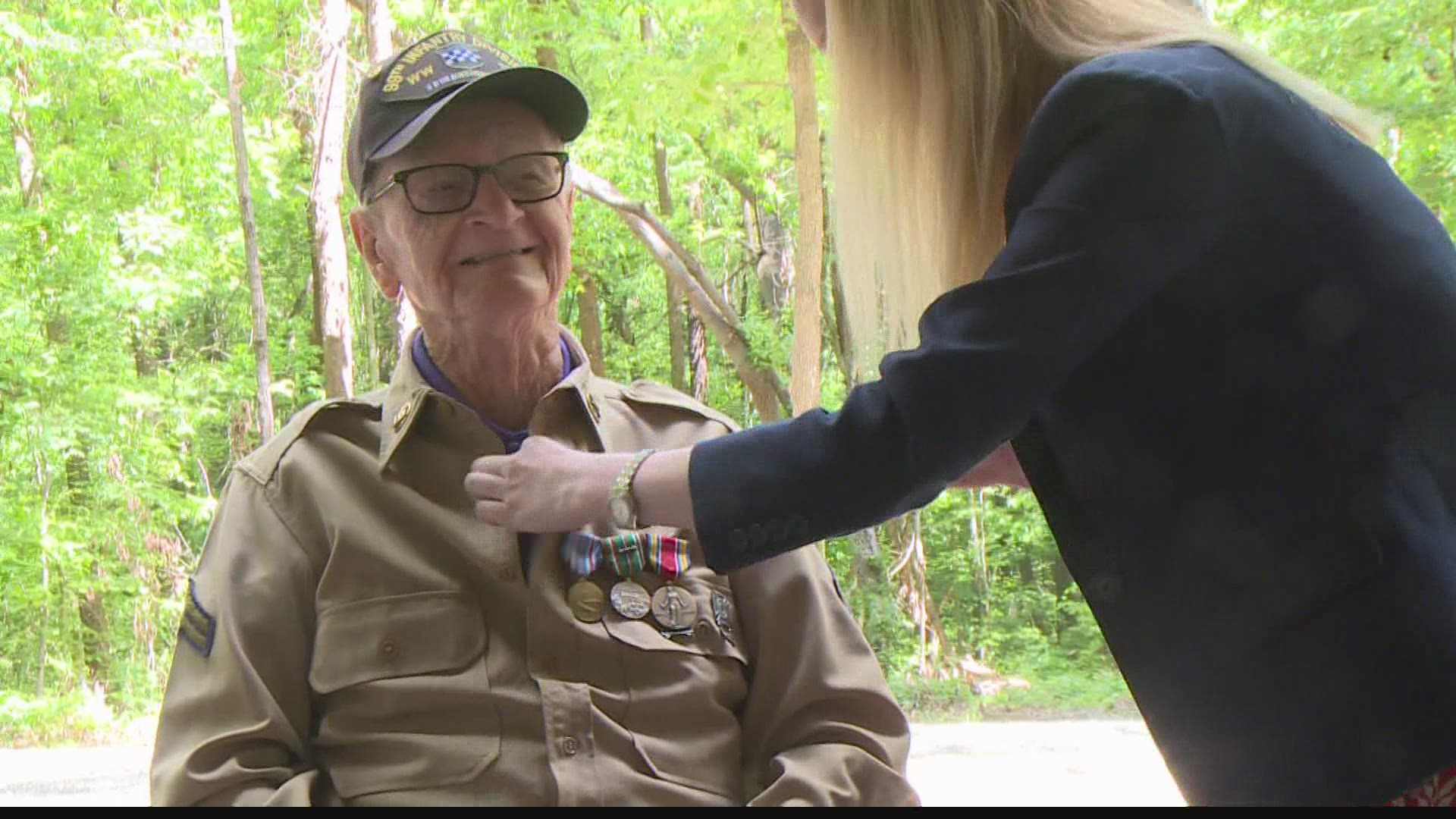 GREENSBORO, N.C. — For a century, Lynn Rachel has seen the world at its best -- and worst -- of times.

As the Greensboro-based Army veteran celebrates his 100th birthday May 15, which happens to be Armed Forces Day, he is taking life in stride.

Lapeirre helped coordinate a small and socially-distanced 100th birthday celebration for Rachel at a local park, a welcome occasion after a lonely pandemic year. By nature, Rachel enjoys the company of friends.

"He drives to McDonalds every weekday morning to have coffee with Jeff, a Korean War veteran, and anyone else who shows up," Lapeirre explained.

That sense of camaraderie dates back to 1942, when Lynn was inducted into the Army. He trained at Camp Van Dorn in Mississippi and later Camp Maxie in Paris, TX. That's where he got his assignment to a new division -- the 99th Infantry Division, known as the Battle Babies.

In November 1944, he deployed on an LST to Normandy and drove Jeeps all over Europe.

"He loved it. He was born to drive a Jeep," Lapeirre said.

Rachel fought in three major campaigns and was among the first American soldiers to drive across the Ludendorff Bridge at Remagen in March 1945. Local historian and author Harry Thetford explained, in his biography of Rachel, Adolf Hitler had ordered the valuable artery destroyed. All attempts failed, allowing 25,000 American troops -- including Rachel -- safe passage across it.

Rachel was particularly impressed by the pillboxes along the Siegfried line. In one of them, he found a deck of German playing cards, one of which he carries in his wallet to this day.

After the war, he married and had a daughter. Though he grew up in Moore County in a farming family, he has spent most of his adult life in Greensboro. He worked for Cone Mills for 37 years and then Koury Corporation for another 27.

At age 100, he is still as independent as ever, driving himself around town, cutting his own grass and watching every NASCAR race with a Vietnam veteran friend.

The pandemic foiled his big 99th birthday plans, so his friends wanted to make up for it this year. As they mark his milestone in style, they are honoring not only his heroism but his humility.

Lapeirre said, "He is one heck of a guy. I admire him especially for just being a regular guy who lived a humble life and fought for our country when he was needed." 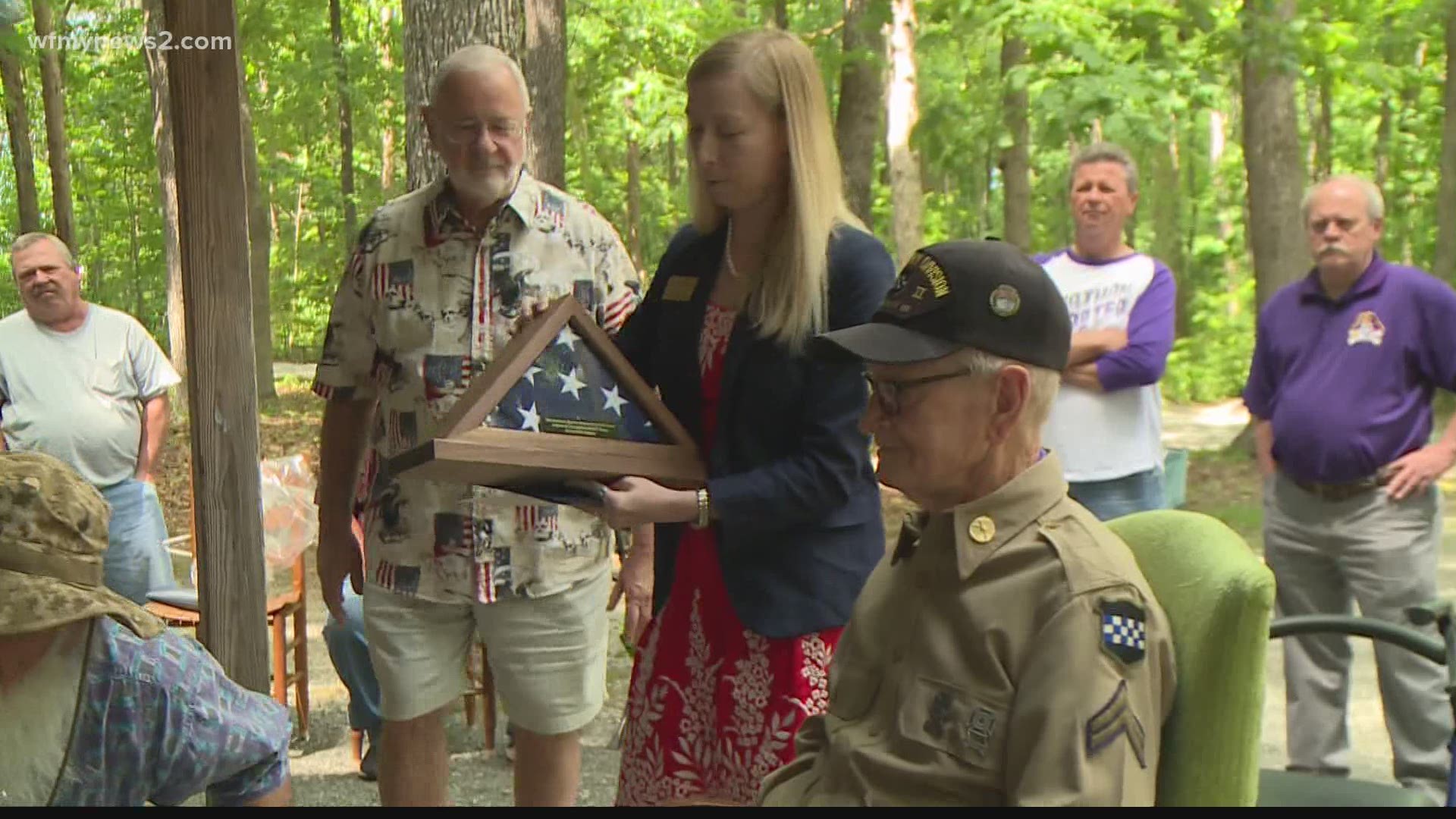 RELATED: Keep Their Stories Alive: A Veteran's Race Against Time To Preserve WWII