'He loved his family, his country': Remembering Shaw AFB pilot killed in crash

Leaders at Shaw Air Force Base say Lt. David Schmitz was a husband, a friend and a dedicated servant to his country. 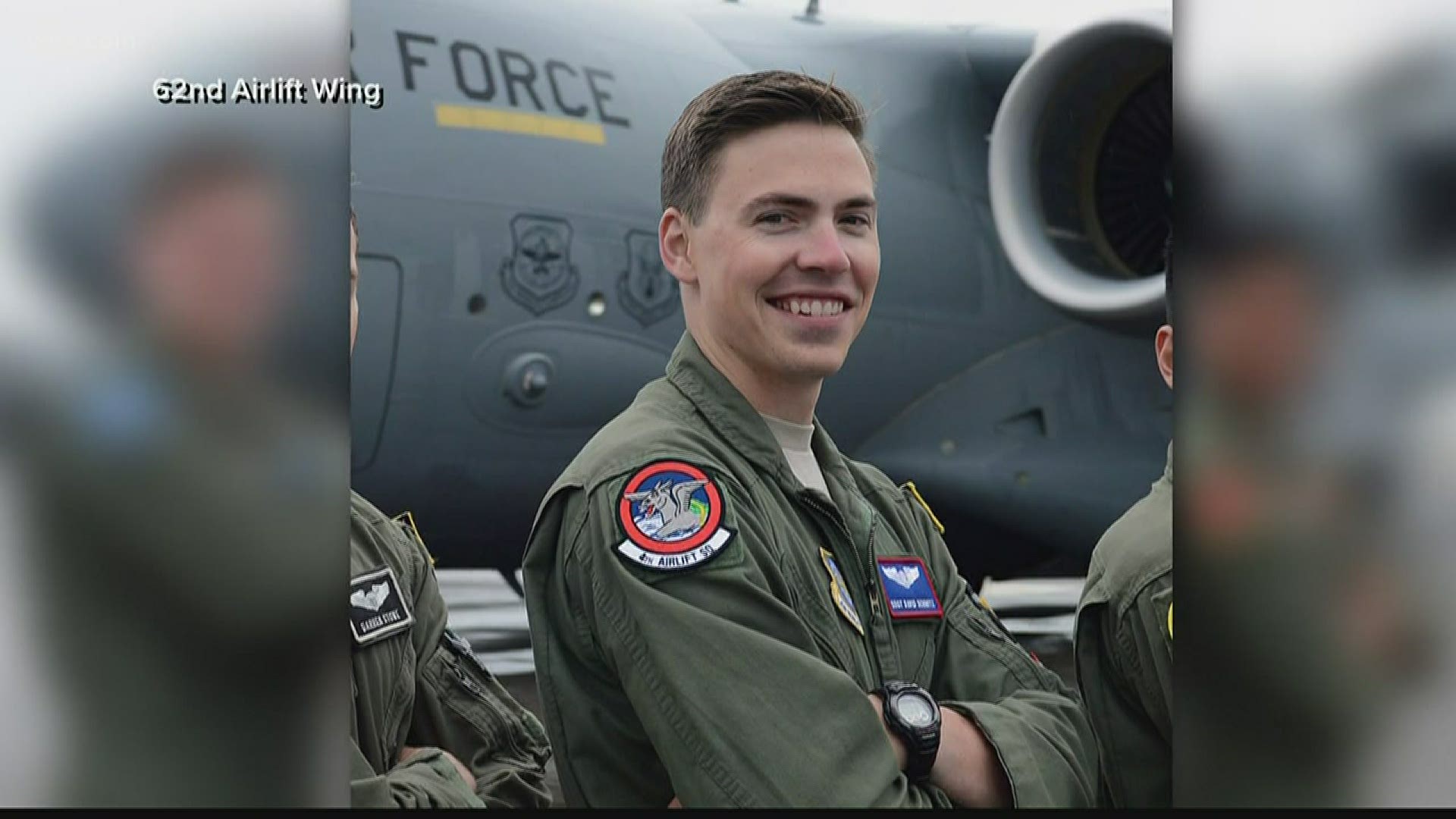 SUMTER, S.C. — The Sumter community continues to mourn the loss of a Shaw Air Force Base pilot who died in a crash while on a training mission Tuesday night.

Leaders at Shaw say Lt. David Schmitz was a husband, a friend and a dedicated servant to his country.

"Dave loved a lot of things," Sullivan said on the agency's Facebook page. "He loved his family, his country and he loved to fly."

According to Sullivan, Schmitz earned his pilot's license at 17, destined for a life in the skies.

"... and he never gave up on his life-long goal of flying for the United States Air Force as a pilot," Sullivan said.

As an Airman, he supported some of the nation's most sensitive missions.

RELATED: Pilot killed when F-16 crashes at Shaw Air Force Base in Sumter

He went on to graduate at the top of his class in pilot training, ultimately earning a spot in the 77th Fighter Squadron known as the Gamblers.

Their red, black and white colors are now presented as bows in his memory around the neighborhood he called home, as an outpouring of support continues to grow in Sumter and beyond.

"I'd like to thank the local Shaw, Sumter community. To the Air Force from all over the world and to the (Department of Defense), thank you," Sullivan said.

The cause of the crash and his death remains under investigation.