Single mom finally gets her citizenship after 20 years, just in time to register to vote

It happened at a naturalization and citizenship ceremony in Gwinnett County. 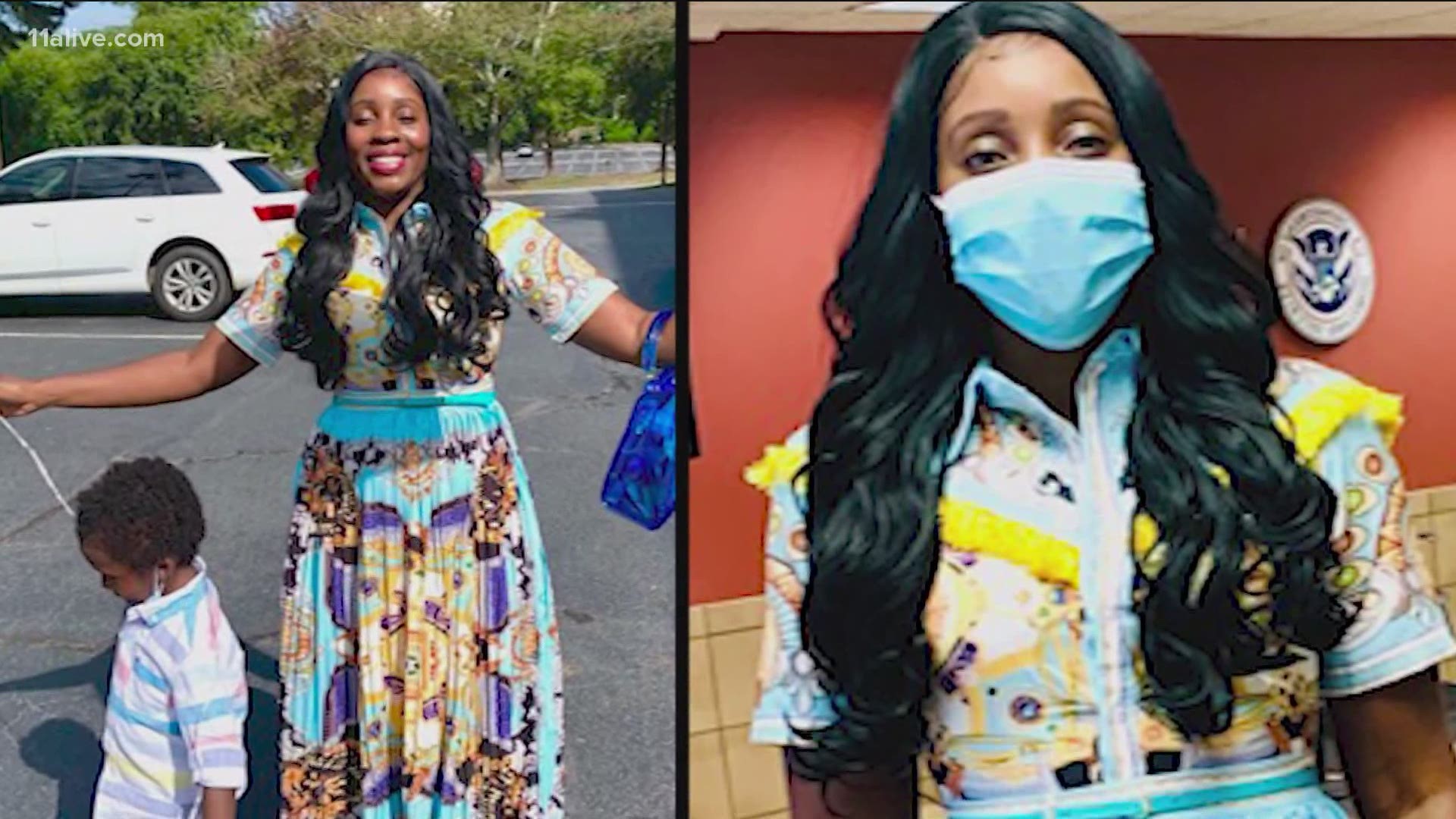 It happened at a naturalization and citizenship ceremony in Gwinnett County.

Ballalaine Rose Davies told 11Alive the moment was more than two decades in the making.

She came to America from Liberia as a 2-year-old. The single mom of a 5-year-old son said she tried five times over the last 20 years to pass the test to become a U.S. citizen. At one point, she faced deportation and homelessness before qualifying.

Davies spoke to 11Alive the same day she took the oath. She said the first thing she received was her registration to vote.

"When I sat down and looked at the paper, and I was like, 'yes, yes!' That means so much to me because at this moment in society, everyone wants to have a voice," she explained. "I know that this new chapter will open so many doors for me in the future."

She added that she also completed the 2020 Census because "I always felt it didn’t matter if I completed it or not but after much understanding of how this affects funding in communities, I did my due diligence," she said.

Davies said her next goal is to graduate from Gwinnett Technical College with a degree in cyber-security. And with her citizenship, she will be able to obtain security clearance to "land a suitable job to take care of me and my son, as well reach out in the community and help others."

RELATED: Could you pass the US Citizenship test?